On July 6, 2020, the Supreme Court ruled that states have the power to require presidential electors to vote for their party’s candidate for president. One of the plaintiffs as a “faithless elector,” was Esther Little Dove John, a member of the FCNL General Committee and from Sierra Cascades Yearly Meeting. 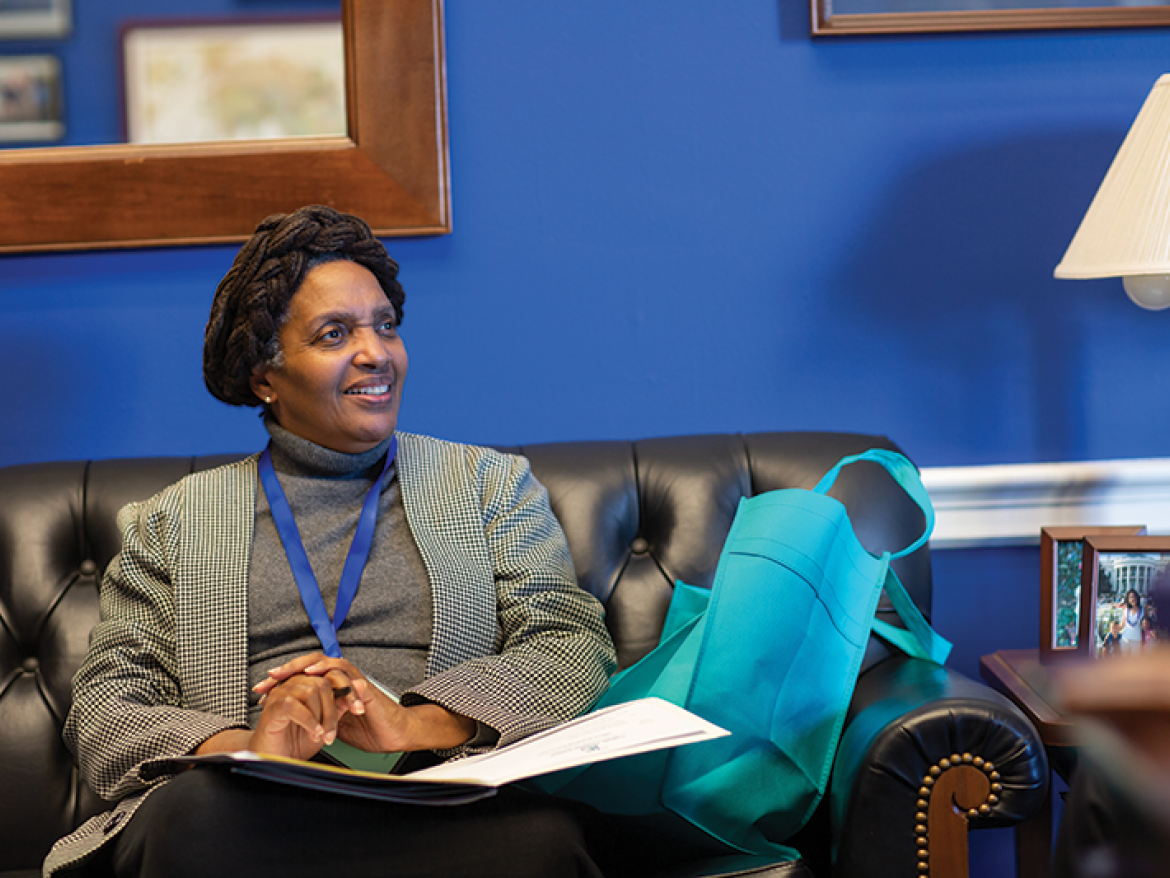 Attribution
Matthew Martyr / FCNL
Have you planned for a long time to become an elector?

When I was 13 years old in 7th grade social studies class, I learned that the Electoral College exists. I was awed by the power of the college and hoped that one day I would be eligible to participate in it.

How does being a faithless elector fit with Quaker faith and practice?

I was not a Quaker when I was elected to be an elector. It fits into Quaker faith and practice uneasily.

I believe it was meant to prevent an untenable situation, but the Supreme Court does not seem to concur.

While Quakers would make excellent electors if electors were meant to prevent inappropriate candidates from being president of the United States, the Supreme Court’s ruling means electors do not have this responsibility.

What do you think of the Electoral College?

I think the Electoral College is the way that wise minds can act as a final barrier to an inappropriate person becoming president of the United States.

That is what I and the other electors attempted to do when we wrote in General Colin Powell instead of Hillary Clinton in December 2016.

We hoped that Republican electors would follow our lead; they did not. I think the idea of an Electoral College is good, but given the Supreme Court’s ruling on our case, I think it should be abolished.

What did you think of the recent Supreme Court ruling on the two cases on “faithless electors”?

I think the Supreme Court ruling on our cases was fair, in that we did not cause any Republicans to join us. I think, however, that the Electoral College should be abolished.

It has been wrested from its original purpose, which was to act as a barrier to an inappropriate candidate becoming the president of the United States.

Would you encourage other Quakers to also become faithless electors should the opportunity arise?

I would encourage Quakers to think very carefully about becoming an elector. The Supreme Court has not reinforced our belief that the Electoral College should be a barrier to the inappropriate candidate. Therefore, should a similar situation arise, Quakers must know that they will likely not be backed up when their case goes to the nation’s highest court.

What should Quakers do in the 2020 elections?

Quakers should think carefully about for whom they vote in 2020. They should think about who will most closely bring forth our Quaker values of simplicity, peace, integrity, community, equality and stewardship.

Esther Little Dove John is an educator, a musician, and community organizer. She attends the North Seattle Friends Church.