FCNL’s strategic lobbying gets results. From the creation of the Peace Corps and passage of the Americans with Disabilities Act to the 2015 Iran nuclear deal, FCNL has been pivotal to some of our country’s landmark legislation. Our power stems from the integrity of our positions, our effective lobbying in Washington, and our committed grassroots network.

See how the Quaker Welcome Center is advancing this work.  ›

Working Together for Change

Protecting the Most Vulnerable from Impact of Covid‐19

In mid‐March, Congress mobilized tens of billions of dollars to address the impact of the coronavirus (COVID‐19), acting to provide paid sick and family leave, nutrition assistance, unemployment assistance, and health care funding to states as well as free testing and other supports. FCNL is leading faith community lobbying to address the disproportionate impact of the virus on people of color, low‐wage workers, people experiencing homelessness, incarcerated individuals, people in immigrant detention, and Native communities and tribes. We will continue to mobilize to ensure that future packages increase health care funding for states and focus assistance on populations that need it the most, particularly low‐ and moderate‐income individuals.

'It's really up to those groups out there like the Friends Committee that are pressing for diplomatic, peaceful solutions to big problems to step up and raise their voice, because in their absence, the military solution will win all the time.'

Sen. Chris Murphy (CT), in an interview with FCNL

For only the second time since the 1970s, the House and Senate rejected unauthorized war. In bipartisan votes in February and March, both chambers passed legislation invoking the War Powers Act to direct the administration to halt any military action against Iran until it has received congressional approval. FCNL has been a leading advocate for diplomacy, not war, with Iran, and this year has put the grassroots muscle of more than 1,500 Advocacy Team members in 40 states behind preventing another U.S. war in the Middle East.

Two bills to give tribes greater authority over criminal activity on reservation lands passed in the Senate and were cleared for full action in the House in March. Savanna’s Act and the Not Invisible Act would fix issues of coordination and information access that hinder tribes’ ability to protect their citizens, particularly women, who face a murder rate more than 10 times the nation average. FCNL is leading faith community advocacy on these bills as an important partner for Native American groups.

With FCNL’s backing, Sens. Chris Coons (D‐DE) and Mike Braun (R‐IN) formed a Senate Climate Solutions Caucus to address what Sen. Coons calls “the most pressing issue of our time.” The bipartisan caucus, modeled on the House group that FCNL was instrumental in convening, is a forum to educate and organize members around climate issues. As this caucus grows, FCNL is preparing to host a virtual lobby weekend, enabling hundreds of young adults to advocate for setting a price on carbon as a first step to reducing greenhouse gas emissions and preventing climate injustices.

More on environment and energy  › 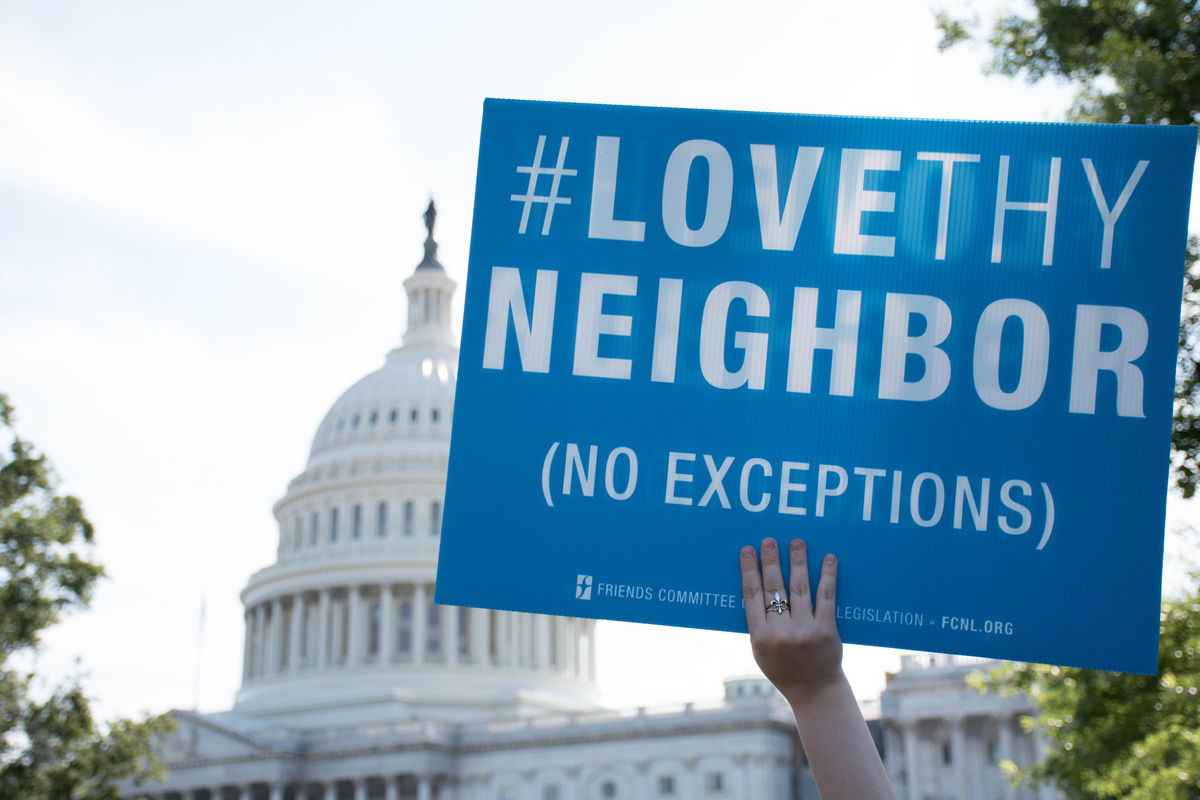 In December 2019, the U.S. government committed to its first comprehensive strategy to address the causes of violence worldwide when Congress passed the Global Fragility Act into law. FCNL worked with its peacebuilding colleagues to develop this bipartisan legislation and was a force in lobbying for its passage. 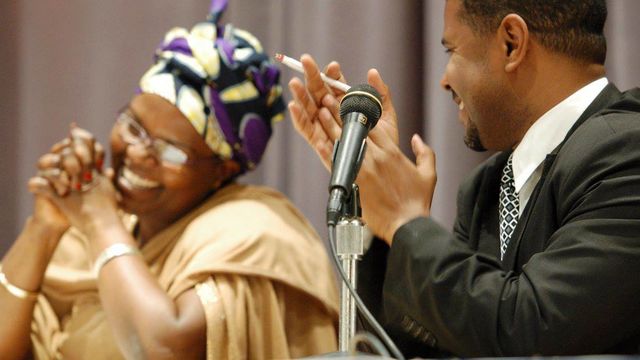 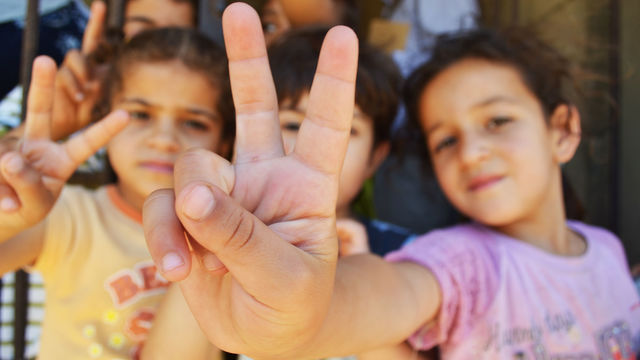 Reversing years of prohibitions, in late 2019 Congress approved $25 million for the Centers for Disease Control and the National Institutes of Health to conduct vital research on gun violence as a public health crisis. FCNL advocated for this funding, bolstered by the 20 members of our Advocacy Corps. These young adults are organizing in their communities around gun violence prevention and have already helped bring 135 new people into lobby in communities from Fayetteville, Arkansas to Orem, Utah.

Working over several years, FCNL has helped build congressional resistance to unchecked funding for immigration’s punitive machinery. Our advocacy has led a more diverse set of legislators to speak out for cuts in detention and deportation funding and helped make these issues a significant negotiating point in FY20 budget bills. Although we have not yet brought about funding cuts, we are creating the conditions for more members of Congress to make this issue a priority.

As part of its year‐end appropriations, Congress provided $75 million to implement the First Step Act and $90 million to reauthorize the Second Chance Act. The former addresses mass incarceration by reducing mandatory minimum sentencing and assisting prisoners being released with their transition. The latter supports grants to community‐based organizations working to help the formerly incarcerated. FCNL lobbied and helped organize faith community colleagues to support these initiatives.

What Others Are Saying

“I often mention FCNL as the most effective congressional advocacy group. You and your team do fabulous work. We are thankful for your dedication, determination and impact.”
~ Joe Cirincione, President, Ploughshares Fund

“We never would have gotten those repeals [of the 2001 and 2002 Authorizations for the Use of Military Force] through the House if it weren’t for you.”
~ Rep. Barbara Lee (D-CA), addressing advocates at FCNL’s Quaker Public Policy Institute, November 2019

“I'm thrilled to be part of the amazing work that the Friends Committee on National Legislation has done to promote peace across our world.”
~ Rep. Ann Wagner (R-MO), speaking at FCNL’s Annual Meeting, November 2019

“I couldn’t have imagined 6 years ago when I started to learn about deep advocacy from FCNL how natural and easy all of this communication could feel with offices. … I’ve learned that [congressional staff] really do appreciate polite, persistent, well-informed, respectful advocacy, and even that they rely on hearing from us once they come to know us in this way.”
~ Sara Avery, Boulder (CO) Advocacy Team member 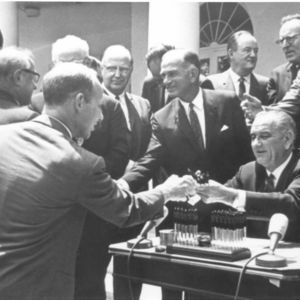 We were founded by members of the Religious Society of Friends (Quakers) in 1943 in response to World War II. FCNL was a lobby from the start, working directly with policymakers to solve the big challenges that affect our world. Since then, we've advocated tirelessly for peace, justice, and sustainability — and it's paid off.

Your support makes it possible to advocate for peace, justice, and an earth restored.

Stay connected with our work.