As early as 1990, the Intergovernmental Panel on Climate Change (IPCC) reported that the greatest single impact of climate change might be on human migration. The recent Quaker Statement on Migration also recognizes this: “The line between chosen and forced migration is frequently blurred by factors including…the climate crisis.”

This is largely because climate change does not impact all people and all parts of the world in the same way and at the same time. It triggers problems like desertification, drought, more frequent and more extreme storms, rising seas levels, and hunger. 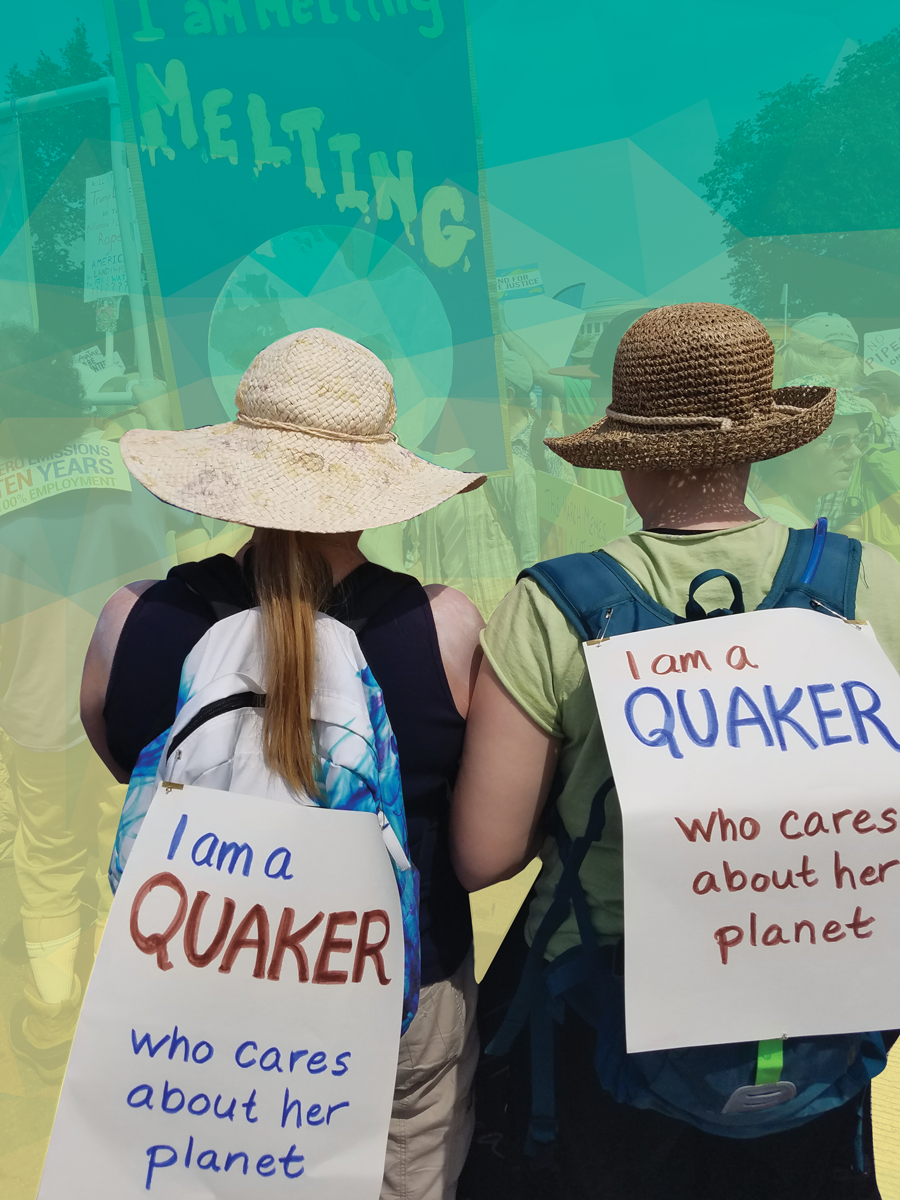 Migration is, too often, a matter of life and death for millions of people around the world seeking to escape conflict or natural disasters. The number of these forced migrants has skyrocketed.

Human beings have been migrants for thousands of years; it is a longstanding and very normal phenomenon. For many people, the motivation to migrate often involves a mixture of push factors, but increasingly, scientists see them arising from changes in the climate.

The Brookings Institution reports that in 2017, 68.5 million people were displaced all over the world—more than at any point in history. More than one-third of these refugees were uprooted by sudden weather events, including floods, forest fires and intense storms.

What has turned the human impulse to migrate into a crisis are the sheer numbers involved, compounded by laws, physical walls, and the definitions that government have constructed to keep migrants away. This situation has been worsened by populist leaders of rich countries who, because of the impact of migrants on their economies and societies, support tighter restrictions on migration.

Migration and the Climate Crisis

The Roots of Environmental Justice

Letter from the Clerk: Searching for the Next General Secretary

Q&A: All of Nature Is Connected