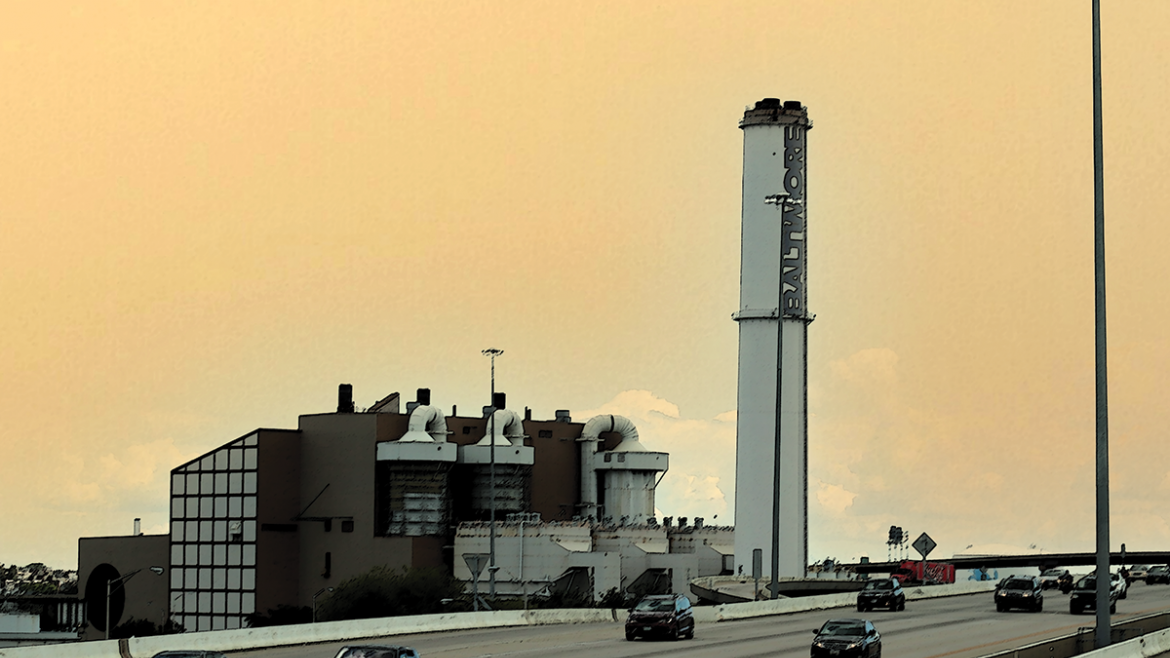 You need not look far from FCNL’s headquarters to see environmental injustice in action. In the neighboring city of Baltimore, a large incinerator burns most of the city’s garbage. Although it converts the waste into electricity, it is also Baltimore’s single largest source of industrial air pollution.

The incinerator is located in a predominantly African American section of South Baltimore, an area with a legacy of industrial pollution.

I saw the impact of industrial pollution while growing up in Baltimore. I accompanied my mother to her teaching job at a community college in Dundalk, in Baltimore County. Steelmaking and shipyards formed Dundalk and Baltimore’s backbone; to this day the legacy of heavy industry, industrial plants, and oil terminals continues to fall largely on low-income and marginalized communities.

The impact of industrial pollution on people’s health is well documented. For example, a 2017 study commissioned by the Chesapeake Bay Foundation concluded the Baltimore incinerator costs $55 million annually in health problems.

Environmental justice is simply an issue of fairness: Black, brown, Indigenous, and low-income communities should no longer be burdened with the legacy of pollution.

Black, brown, Indigenous, and low-income communities should no longer be burdened with the legacy of pollution.

It is defined by the Environmental Protection Agency as “the fair treatment and meaningful involvement of all people regardless of race, color, national origin, or income with respect to the development, implementation and enforcement of environmental laws, regulations, and policies.”

The roots of modern environmental justice run deep in the Religious Society of Friends. Early Quakers already understood the interdependent relationship between people and the planet.

In the 1700s, Quaker leader John Woolman stated that “the produce of the earth is a gift from our gracious creator to the inhabitants, and to impoverish the earth now to support outward greatness appears to be an injury to the succeeding age.”

In an era when people and the planet face challenges that would be unimaginable to Woolman, the Quaker commitment to justice and environmental protection aligns with today’s calls for recognition of the rights of minority and low-income communities to a healthy environment and the need for environmental justice.

Today’s understanding of environmental justice stretches back to the Civil Rights era: to 1968 and the Memphis Sanitation Strike.

But its pivotal moment occurred in 1982, in Warren County, North Carolina, a predominantly Black county with 90% of its people living below poverty level.

In a community less than 50 miles from my family’s home in Rocky Mount, civil rights groups protested a landfill to dump soil contaminated with toxic waste called PCBs. The protesters were unable stop it, but they brought public attention to the fact that people of color and low-income residents are often the ones who live in the most polluted environments.

A 1987 report by the United Church of Christ, “Toxic Waste and Race,” confirmed this. Three out of every five African Americans and Hispanics live in communities with toxic waste sites. Race was the most significant factor in siting hazardous waste facilities.

Progress has been made in the 39 years since the Warren County protests, but a lot of work remains to be done. Today, there are people who still live, work, and play in communities adversely impacted by environmental injustice—like Flint, Michigan, and the area called Cancer Alley between New Orleans and Baton Rouge.

As a Quaker organization, FCNL is committed to ensuring that environmental justice is actively addressed by our legislators, just as they did with the American Rescue Plan. The latest COVID–19 relief bill included $100 million for environmental justice grants, including $50 million to address disproportionate environmental or public health harms and risks in vulnerable populations.

FCNL is looking at new legislation—like carbon pricing bills and the Build Back Better Plan—through an environmental justice lens. More importantly, we will be lobbying in support of the newly reintroduced Environmental Justice for All Act (H.R.. 2021) and its companion bill in the Senate.

It is a comprehensive bill that will address environmental disparities in vulnerable communities across the country. The bill was reintroduced by Rep. Raul M. Grijalva (AZ-03), chair of the House Natural Resources Committee, and Rep. A. Donald McEachin (VA-04). Sen. Tammy Duckworth (IL), co-founder of the Environmental Justice Caucus, introduced a companion bill in the Senate.

FCNL’s incoming class of community organizers—the Advocacy Corps—will focus on environmental justice. With them, our advocates, and staff, we will strengthen our partnerships and lobby in solidarity with groups who have been on the frontline of environmental justice for decades.

Migration and the Climate Crisis
The Roots of Environmental Justice
Letter from the Clerk: Searching for the Next General Secretary
Another Look at FCNL’s Carbon Pricing Principles
One Roof Grows 118 Trees
Q&A: All of Nature Is Connected