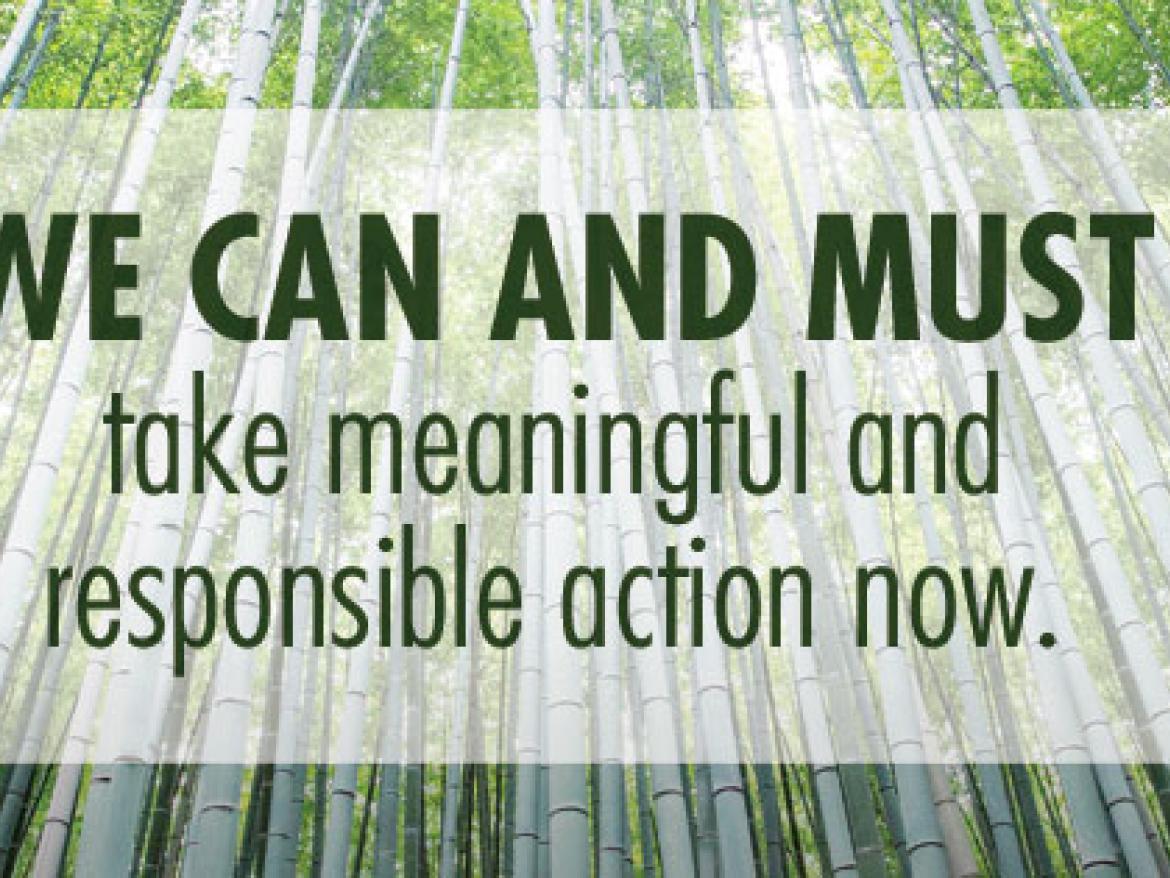 This heartbreaking decision will have ramifications for years to come, and signals a shift in how the U.S. engages in international diplomacy.

The decision to withdraw from the Paris Agreement places the US with just two other countries not in the deal: Syria, a war-torn nation, and Nicaragua, which didn’t join the agreement because it wasn’t ambitious enough.

His decision was widely criticized and denounced by environmental, justice, labor, and public health organizations, CEOs of Fortune 500 companies, world leaders and other heads of state, faith leaders, and Republicans and Democrats in Congress, among others.

Climate change requires a global approach. I’m disappointed in the President’s decision to withdraw from the Paris Agreement #mepolitics

While many have spoken out against the President’s decision, his announcement has also served to re-energize many individuals working on climate change, as well as local and state governments, universities, corporations, and other nations.

Immediately after the President made his decision, numerous state and city governments proclaimed their support for climate action, and the governors of California, New York and Washington State created the United States Climate Alliance to convene states that wish to uphold the Paris Agreement.

In this uncertain time, it is clear that congressional action to reduce emissions and address climate change is more important than ever.

It’s important to note that the U.S. cannot immediately withdraw from the agreement. This is a process that will take four years to complete, starting from November 4, 2016, when the Paris Agreement entered into force. The US will not officially be out of the agreement until one day after the 2020 presidential election.

Climate change has been the dominant news story for several days now, which is remarkable given how little attention climate change was given during the presidential election. Many are hopeful that climate change will now be one of the top election issues.

We will have several important chances to address climate change in the coming months:

This summer, Congress will decide what our national budget looks like, and it’s highly unlikely that Congress will approve the version that the President proposed in late May. There is a real opportunity to generate bipartisan support for basic research, science, energy innovation, clean energy, climate programs, and more in our federal government.

Members in the bipartisan House Climate Solutions Caucus – which has now grown to 20 Republicans and 20 Democrats – have already begun introducing legislation to address climate change. In early May, six Republicans and six Democrats introduced H.R. 2326, the Climate Solutions Commission Act, which establishes a bipartisan commission to develop recommendations of economically viable policies to achieve science-based greenhouse gas emissions reductions goals. We expect more legislation to be introduced in the coming months.

We are working on a longer term strategy to cultivate bipartisan political will to meaningfully reduce greenhouse gas emissions and address climate change. As more members of Congress reject the partisan narrative on climate change, and look for opportunities to take action, we get closer to a Congress that is prepared to pass comprehensive climate legislation.

Over the past several years, we have seen a remarkable shift in how Congress thinks and addresses climate change. While there is still a long ways to go, we are making very real progress, and it is largely due to the tireless work of constituent advocacy and relationship building. Despite the enormity of the decision made this week, I remain hopeful that both individuals and the global community will rise to the challenge of protecting vulnerable communities from the impacts of climate change.

The world we seek

As FCNL’s “The World We Seek” states, “facing profound global challenges and great opportunity, we speak from our faith for a new vision of how the world community can live together more peacefully and justly and with greater care for each other and our shared world.”

At FCNL, we are persistent. Our voice is powerful. We continue to seek that of God in every person. And we do not give up hope.