Bob Schultz, a member of FCNL’s General Committee and a dedicated citizen lobbyist, has been working for years to cultivate bipartisan political will to address climate change in Congress. 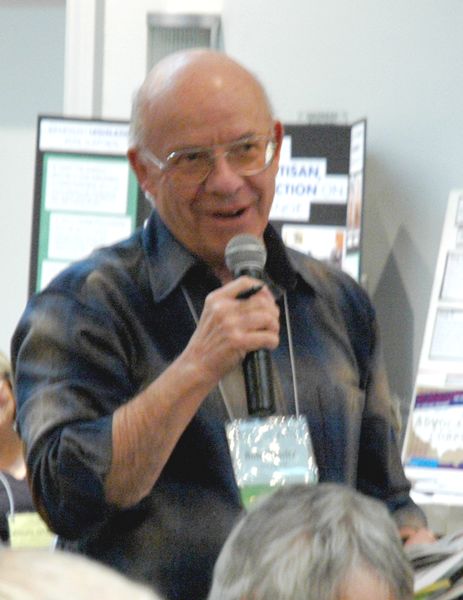 Bob personally is motivated to lobby and act on climate change because “at the most basic level my motivation is a love of our planet home, all its beauty and all its riches. And my love of my grandchildren and billions of other grandchildren whose home our Earth will be in the years to come. I am also motivated by the conviction that politics is not a spectator sport; it was taken seriously by the Founders and, if we're to continue to flourish as a democracy and as a global leader, we must take seriously the politics of climate disruption.”

Bob knew that Rep. Kuster cared about climate change, and probably wanted to do more to address this challenge. So, he thought that having her join the Climate Solutions Caucus – the hub for discussions of viable bipartisan legislation to address climate change – would be a perfect ask.

Bob also realized that Rep. Kuster “joining the House Climate Solutions Caucus was only possible if she found an agreeable Republican,” and he “understood that having a growing number of Republicans in the Caucus would strengthen the movement to stand up to the "climate deniers" in Congress and the Executive Branch.”

For Bob, this was a relatively simple task. However, it was predicated on having built a relationship with Rep. Kuster’s office. He had already met with her staff for several years on environmental and other issues.

“It did take some patience, but really there wasn't anything really challenging or difficult about this process. I wrote to Rep. Kuster's environmental aide (easy to find this information on the website of FCNL). I asked the staffer about "making a match" with a Republican colleague. By using his on-the-Hill experience with across-the-aisle staffers and the savvy of FCNL's Emily Wirzba about approachable Republicans, we found our way to Rep. Mike Coffman (R-CO). Fortunately, I have old friends living in Coffman's District who were willing to contact his District office.”

Bob knew that Rep. Coffman would also need to hear from constituents in his district before he would join. Bob’s efforts were also aided by other organizations like the Citizens’ Climate Lobby, who were also mobilizing their constituents to ask Rep. Kuster and Rep. Coffman to join the Caucus.

Importantly, Bob kept up the pressure on Rep. Kuster’s office, making sure that she knew that joining the Caucus was a top priority for many of her constituents. Bob attended a tele-town hall meeting, held by Rep. Kuster, and was able to ask the Congresswoman a question directly: Would she join the Climate Solutions Caucus? And, perhaps she should ask Rep. Coffman to join with her.

Several weeks later, Rep. Kuster’s staffer emailed Bob to let him know that Rep. Kuster and Rep. Coffman would together be joining the Climate Solutions Caucus. The staffer told him that the “squeaky wheel gets the grease.” In other words, his hard work had finally paid off!

After Bob’s success, he made sure to write and publish a letter to the editor in his local newspaper, thanking Rep. Kuster for joining the Caucus. This type of positive re-enforcement and thanks is essential to ensuring that members of Congress continue to lead on difficult issues.

When asked to give advice for others hoping to replicate his efforts, Bob replied that constituent advocates should “be bold-and remember that politics is not a "spectator sport!" But really, it's not scary to contact the staffers in your Representative's office. And don't forget that the staffer you're talking with has a boss who wants to get re-elected and knows that shifting sentiments among constituents must be taken seriously if they want to stay in office. Also, that staff may have been waiting for an opportunity to urge that boss to 'do the right thing.'”