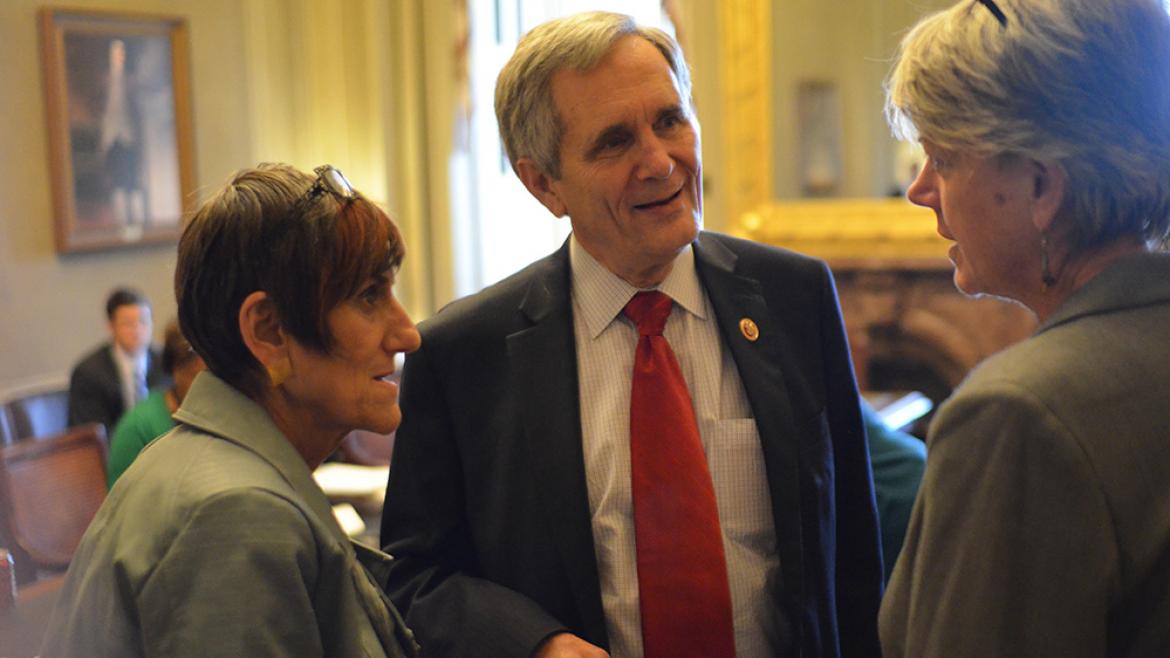 Shortly after she began working at FCNL, Diane Randall recalls being stopped in her tracks by a clear internal message from Spirit encouraging her in the work of FCNL. The voice echoed Hebrew 11:1: “Now faith is the substance of things hoped for, the evidence of things not seen.” She had no idea how much her faith in a loving, compassionate God would be her strong anchor in the 10 years she served as FCNL general secretary.

It was an unprecedented decade marked by political, partisan conflict in Congress; unending war; surging migration worldwide; great social movements; chaotic elections; gaping wealth inequality; an insurrection on Capitol Hill; a renewed recognition of white supremacy and structural racism; an ongoing pandemic; and the calamitous effects of climate change. Despite the turmoil, Diane’s faith and hope, and the persistent and prophetic work of generations of the FCNL community, provided solid ground for the organization to flourish.

For nearly a decade following 9/11 and the subsequent invasions of Iraq and Afghanistan, FCNL had maintained a steady drumbeat of advocacy around the theme, “War Is Not the Answer.” Upon her arrival in 2011, Diane observed a noticeable shift in language and tone in the media and on Capitol Hill, denoting growing disapproval of the ubiquitous “War on Terror.”

You can find the rest of the November/December Washington Newsletter, including the rest of this article, in the sidebar to the right.

Viewpoint: Working with an Inspired Leader

Young Organizers Learn from Each Other

On Becoming: The Evolution of FCNL

Q&A: What Does Diane Randall Leave Behind at FCNL?