Our faith-based advocacy is part of a long history of Quaker work to influence government. Since 1943, we have lobbied the U.S. government for policies to advance peace and justice. 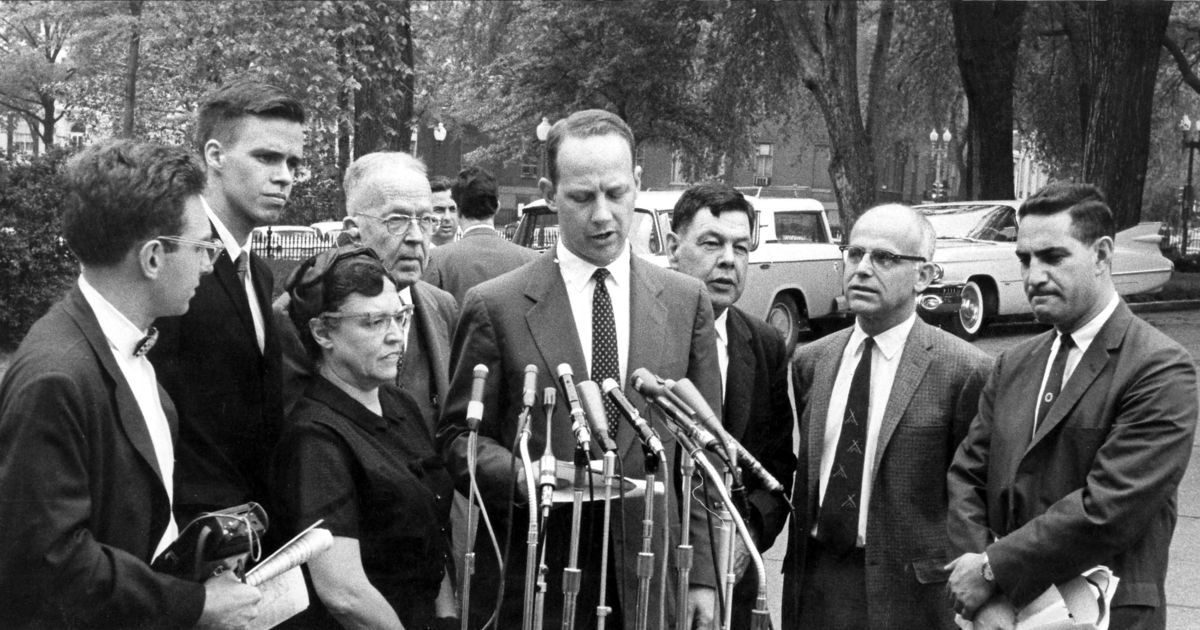 FCNL’s faith-based advocacy is part of a long history of Quaker work to influence government. Since 1943, we have lobbied the U.S. government for policies to advance peace and justice.

As a Quaker lobby in the public interest, our work is driven by our vision for a better world. Our lobbying connects historic Quaker testimonies on peace, equality, simplicity, and truth with issues and legislation in Washington. We take positions not because they are popular, or because we see a clear way to win, but because we believe they are right.

Quaker lobbying is a form of ministry to the nation. It is also a service to individual members of Congress and their staff. Our lobbyists and constituents bring principled, accurate analysis, grounded in the common good we seek. FCNL approaches these conversations with a sense that we too may be changed and gain new understanding of complex issues. We look for that of God in the person we are speaking with and find opportunities to build the relationships that lead to change. By treating elected officials with integrity, FCNL seeks to open their hearts to other perspectives and encourage them to reach beyond self-interest.

Quakerism and Advocacy: A Rich Tradition

Quakers have worked to influence the government almost as long as there have been Friends. In the mid-17th century, Friends were activists out of necessity. Their refusal to obey laws that violated their consciences – laws they believed were not of God – led to imprisonment, confiscation of goods, and even execution. An integral, but at the time highly unusual, aspect of Quaker interaction with government was a commitment to work for change through persuasion and convincement rather than coercion and violent revolution.

In the midst of World War II, Friends felt the need to take this activism further. Once again, Friends faced imprisonment, this time because they took a stance of conscience against war. In 1943, Quakers formed the Friends Committee on National Legislation in response to “the sweeping role which government is playing in shaping life, both national and international.”

Lobbying from a Place of Faith

FCNL lobbying has, over the years, focused on a range of peace and justice issues. FCNL’s policies and priorities for each session of Congress are designed to evolve with the changing concerns of Friends and needs of the world. What remains constant is FCNL’s commitment to lobbying from a place of faith, to keep in the forefront the love of God, neighbor, and ourselves.

The poor, the dispossessed and the despised are to be lifted up and treated justly. Opposing violent solutions to the world’s problems; fostering more equitable distribution of water, food, and medical aid; and ending nuclear proliferation all follow from Jesus’ words. These precepts ground the personal interactions that are the direct face of lobbying as well as the broader policies that guide the positions taken by Friends.

Friends at FCNL are led to believe that the Quaker activist is respectful of those who govern and engages members of Congress as individuals who wish to govern well. FCNL seeks to hear from members of Congress and to learn from them as well as inform them of its position. It approaches the building of relationships with elected officials with honesty and integrity, using resources and materials that are solid and well-researched. FCNL’s word is its greatest asset. The work at FCNL affirms the right of each citizen to be heard. And all FCNL policies on legislative issues and priorities are the result of reaching out to Friends across the nation.

FCNL works with hundreds of meetings and churches around the country to build community and strengthen ties. FCNL's work is deeply grounded in Quaker faith and practice. Our lobbying starts with listening, seeking that of God in policymakers and partners.

This article is adapted from A Theological Perspective on Quaker Lobbying by Margery Post Abbott, published by the FCNL Education Fund in 2012 and 2014.