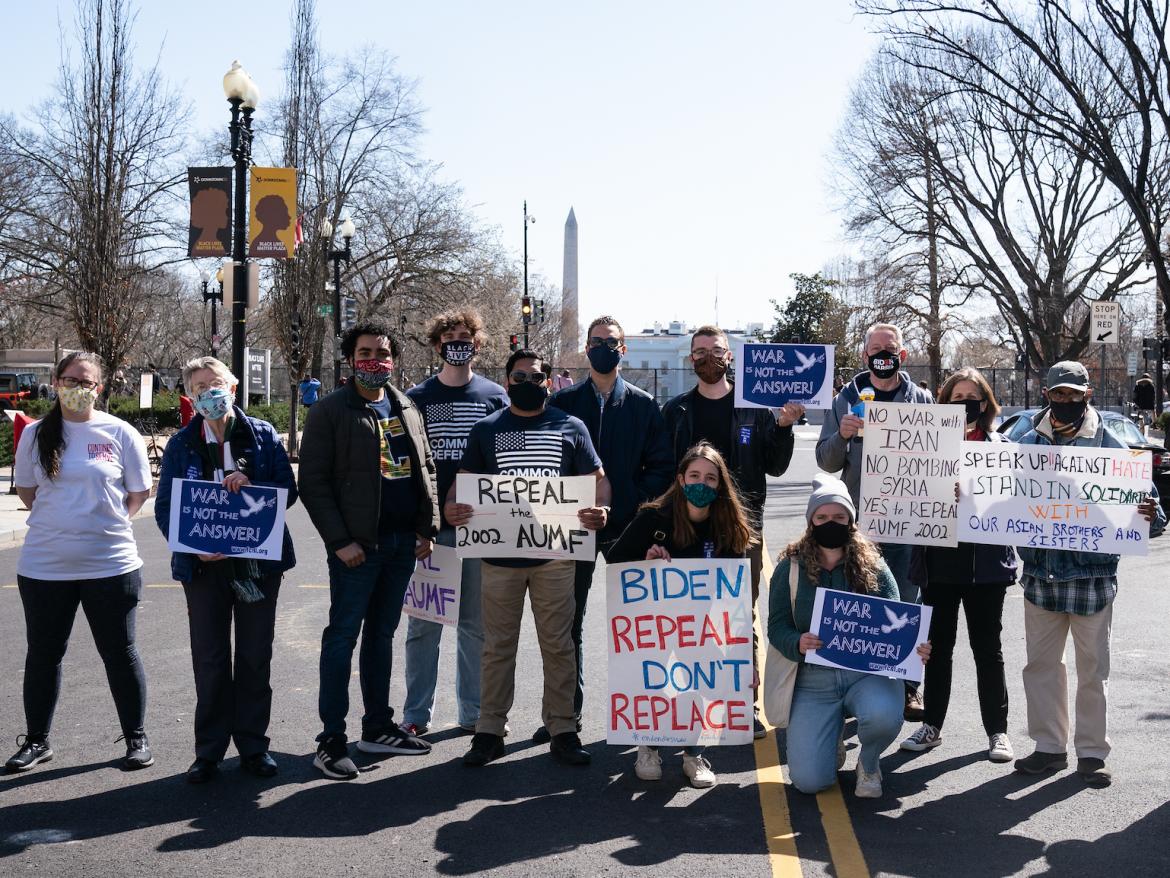 At FCNL’s 2019 Annual Meeting, I asked the following: “Why is the U.S. government so reliant on the use of threats, coercion, and military force around the globe, and why can’t our policymakers admit it’s not working? Why are we so stuck in this way of relating to the world, and what do we have to do to change it?”

Without understanding what motivates U.S. policymakers to seek global military domination, we will have trouble convincing them to abandon this counterproductive and morally repugnant course.

Like addicts, foreign policy elites resort to the drug of violence to avoid dealing with the fundamental causes of conflict.

Like addicts, foreign policy elites resort to the drug of violence to avoid dealing with the fundamental causes of conflict and end up making the situation far worse. They won’t be ready to hear our policy solutions until they admit they have a problem.

Over the past year, FCNL has been working with the Center for International Policy, a progressive research and advocacy organization, to understand why the U.S. foreign policy establishment clings so stubbornly to a course that is so harmful to so many people, particularly people of color.

With the support of several foundations and individual donors, we convened a high-level working group that met virtually for two hours, twice a month, for six months, from October 2020 through April 2021.

The diverse group included a cross-section of advocates, activists, organizers, faith community leaders, and scholars in the fields of U.S. foreign policy and national security; racial, economic, and environmental justice; peacebuilding; migration; labor; human rights; feminism; and constitutional law. From our various perches, we explored the underlying reasons for such an aggressive, bullying approach to the world.

What we found may come as little surprise to many: there are deep-rooted economic, political, and ideological forces that are very difficult to dislodge and disentangle.

On the economic side, there are the millions of jobs—some in practically every congressional district—that depend on the Pentagon and its contractors. The arms industry and military installations not only provide employment that can be highly lucrative, often with union protection and good benefits, but also make investments that can be lifelines for local economies.

Corporate welfare through the Pentagon budget is further entrenched by political contributions and lobbying, which are subject to few limitations and minimal transparency. Given the vast racial wealth gap and the commanding role of money in U.S. politics, it is extremely difficult for those who are most harmed by a bloated Pentagon budget and forever wars to challenge the overwhelmingly white power structure and its revolving door of influence-peddling.

This sense of American exceptionalism and national superiority is based on the poisonous belief that American lives—and specifically white lives—are more valuable than others.

The political forces are equally daunting. Institutions that have long been considered essential to the functioning of American democracy are, in fact, responsible for many of its failings. The Senate, which gives every state two votes regardless of population, privileges rural states with largely white populations over larger and more ethnically and racially diverse states.

To make matters worse, the filibuster allows a minority of these small states to dictate or impede nationwide legislative and policy decisions. The Electoral College, which was designed to boost the weight of slave-holding southern states, has twice in recent years resulted in the election of presidents who lost the popular vote. Through the mushrooming efforts in nearly every state to suppress Black, Latino/a, Native American, and other voters, our system prevents massive numbers of voices from being heard.

Finally, and in some ways most importantly, most white Americans and many others accept the notion that the United States has the right, the responsibility, and the power to set the rules for everyone else. They hold America to different standards than other countries, ascribing only good intentions to U.S. nuclear threats, economic coercion, shows of force, and armed invasion, while assuming the worst motives in the actions of others.

This sense of American exceptionalism and national superiority is based on the poisonous belief, often subconscious, that American lives—and specifically white lives—are more valuable than others. And it relies on the militarist myth that violence is both necessary and effective as a tool of foreign policy.

Our group had little difficulty developing a vision for a human-centered U.S. foreign policy rooted in peaceful cooperation, global solidarity, and adherence to international law. But we struggled with finding ways to break through the barriers that keep policymakers hooked on the status quo.

Ultimately, we agreed that the path forward starts with unmasking the false narratives about U.S. conduct and acknowledging our country’s history of genocide, slavery, and imperialist expansion.

It requires showing that there are more ethical and more effective ways to address the real challenges that face our nation. It demands that we connect with campaigns and movements around the country and around the globe, using our combined power to seek positive change.

In the end, this kind of long-term, large-scale paradigm change will come not from political elites or Washington insiders, but from a higher power: a broad groundswell of ordinary people who take extraordinary action to shift our country to a more peaceful, just, and sustainable course.