On my very first day as a Young Fellow at FCNL, I attended a lobby meeting on Capitol Hill with a senate staffer. Despite being told that I should not feel pressured to contribute much to the meeting—which I was pretty sure meant I really should not even speak—I was overwhelmed with nerves. 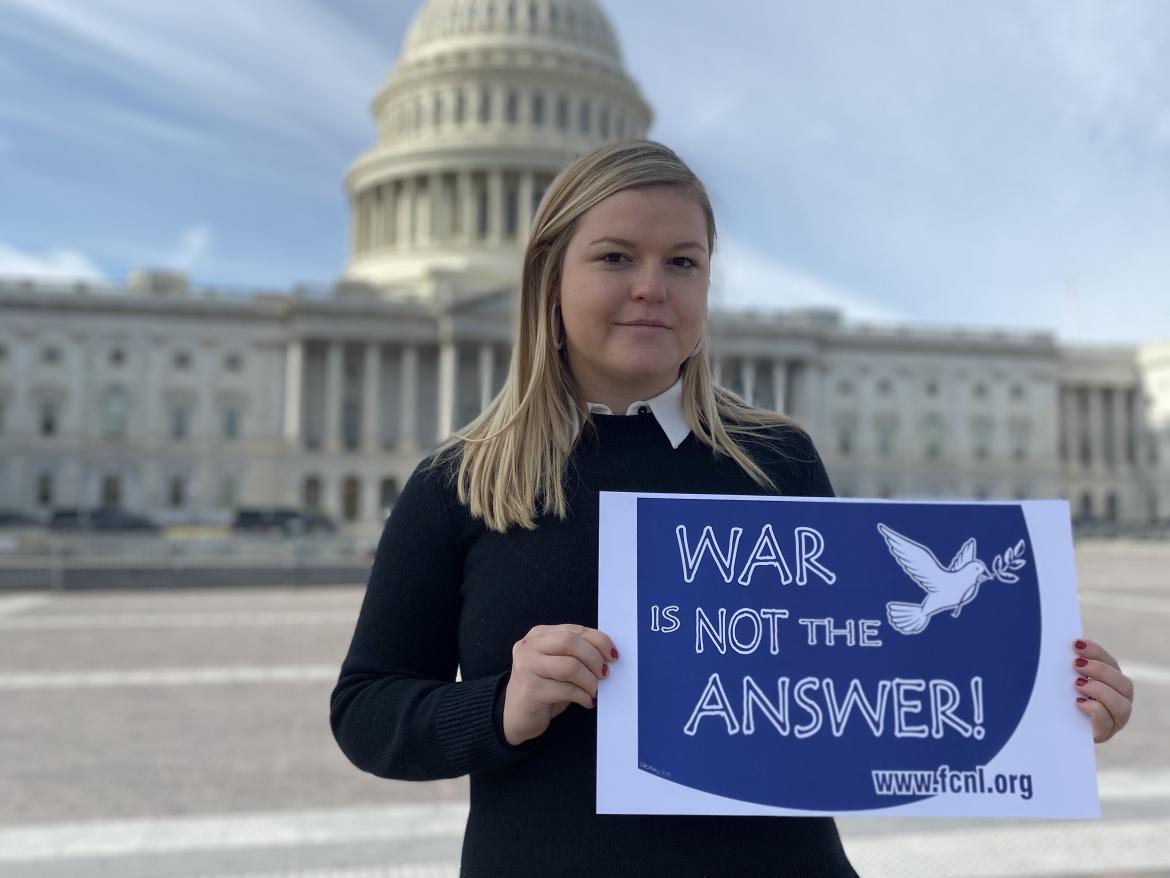 After nearly an hour of back and forth between my supervisor and the staffer, I was even more nervous upon realizing that one day I would be expected to speak up and eventually even lead in meetings just like this one.

I thought to myself that there was no way I would ever know enough or speak eloquently enough to be an effective lobbyist.

However, after dozens more meetings like the one on my first day, I was slowly able to build up my own expertise on Congress, nuclear policy, and the defense budget. By the end of my fellowship, I felt prepared and confident enough to apply for and accept a position at the Council for a Livable World.

I coordinate and spearhead its work to build champions in Congress for nuclear arms control and non-proliferation and a Pentagon budget that reflects real threats and cuts wasteful spending.

It is critical for our movement to appeal to younger generations

Since the 2020 election, our work has largely been concentrated on rolling back some of the worst policies of the Trump administration. This includes the decisions to deploy a new “low-yield” nuclear warhead, develop a new sea-launched cruise missile, and speed up nuclear modernization plans.

We are also working with Congress to build the space for the Biden administration to reinvigorate arms control and non-proliferation agreements and to make further reductions in our nuclear arsenal.

President Biden has already made major progress in these areas by extending the New Strategic Arms Reduction Treaty (New START) with Russia and pursuing efforts to reenter the Iran nuclear deal.

However, there is so much more to be done to truly advance arms control and disarmament goals.

In addition to supporting diplomatic engagement and dialogue with countries like Russia, China, and North Korea, we must also pursue a disarmament agenda at home and trim the $1.6 trillion nuclear modernization program, especially the current plans to develop and deploy costly and dangerous new nuclear intercontinental ballistic missiles.

In a closely divided Congress where support for nuclear weapons runs deep, it is no question that this work, at times, can feel overly stagnant and challenging.

To continue making progress on reducing the threat posed by nuclear weapons and eventually eliminating them, it is critical for our movement to appeal to younger generations and incorporate diverse, intersectional perspectives.

Opportunities like FCNL’s Young Fellows program are critical to making progress on this front. In a profession where there are very few lobbyists on our side and I am almost always the youngest and very often one of the only females in the room, it would be easy to retreat to the nerves and fear that I experienced back on my first day.

However, through my time as a Young Fellow, I was able to discover my own voice and unique role in the field. I know that without the crucial mentorship and professional development opportunities of the fellowship, I would have not had the confidence and motivation to continue in this work.

Funnily enough, I now frequently correspond and meet with—free of nerves—the same staffer that I encountered on my first day at FCNL.

Monica Montgomery was a 2019-2020 Young Fellow in FCNL’s nuclear disarmament and Pentagon spending program. Today, she is a coordinator and research analyst for the Council for a Livable World and its affiliate, the Center for Arms Control and Non-Proliferation.

The Most Significant Climate Legislation in U.S. History