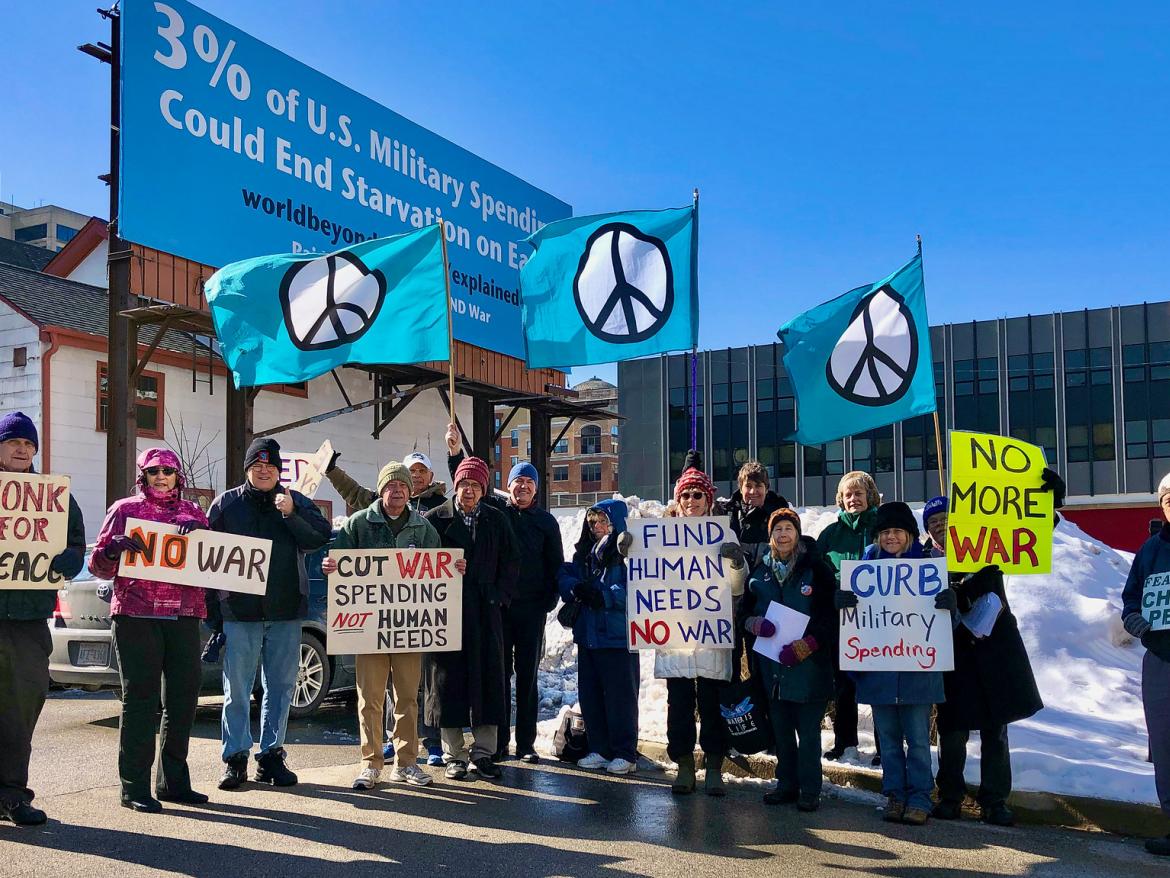 FCNL’s power to make change in Washington is a result of the combination of careful lobbying on Capitol Hill and focused advocacy around the country. Five years ago, FCNL staff began working with advocates around the country to launch local Advocacy Teams that build deep relationships with their members of Congress.

The first teams were launched in 2015. Today, we have more than 120 teams stretching across 42 states, engaging Congress to end endless wars. Here are some of their stories.

Colorado: Diplomacy with Iran Is a Marathon, Not a Sprint.

In 2015, few members of Congress wanted to be seen as friendly with Iran, a country that had taken U.S. Embassy personnel as hostages in 1980. Nonetheless, President Barack Obama helped to negotiate an international agreement blocking Iran’s ability to build nuclear weapons and imposing the most stringent monitoring program ever created.

In September, the Senate was voting on whether to block the United States from joining the Iran Nuclear Agreement (JCPOA by its formal initials). The Colorado Advocacy Team, which had existed for only a few months, contacted their senators to press for support for the JCPOA. One of their senators ended up voting to support diplomacy with Iran. Years later, the senator’s staff told the Colorado team that their lobbying was instrumental in the senator’s decision to support diplomacy with Iran in 2015.

The senator’s staff told the Colorado team that their lobbying was instrumental in the senator’s decision to support diplomacy with Iran in 2015.

In January 2021, the Colorado Advocacy Team formed a coalition with the local chapters of J Street—a pro-peace, pro-Israel organization—and several other organizations to host a Zoom briefing on diplomacy with Iran. It attracted hundreds of viewers, all of whom were urged to lobby their senators.

Throughout 2019, the Lancaster, Pennsylvania, Advocacy Team published six letters to the editor in LNP, their local newspaper. The letters called on their senators and representatives to support legislation that would repeal the 2001 and 2002 Authorizations for the Use of Military Force (AUMFs). These have been used by three different presidents to justify wars all over the world.

“We received no responses, no rebuttals, and no inquiries for feedback from the LNP staff,” said Advocacy Team member Tom Latus. ”We asked for a meeting with the paper’s editorial board but got no response. It felt like all our words were falling into a void.”

Then, in January 2020, they found out their impact: With no advance notice, LNP published an editorial from the publisher citing many of these letters from Advocacy Team members. The editorial declared, “Congress needs to do its job and take back its power to authorize war.”

Latus said that the editorial was a big deal for Lancastrians. “As the county’s only daily newspaper, it is read and argued over by everyone—right, left, center,” he said. “This editorial presents AUMF repeal as logical, pure common sense—and patriotic—as in supporting the Constitution …. The moral of this story … is to stay faithful, persistent in our mission, and expect that what needs to be said will be heard.”

Friends in Milwaukee, Wisconsin, hosted FCNL’s very first Advocacy Team workshop and have continued to stay engaged with their members of Congress. The team has prayed for their representative’s sick wife, worked with local coalitions to expand support for sentencing reform, and consistently engaged with their community on every issue that has been an Advocacy Team priority.

In 2020, they joined World Beyond War and other organizations to support a billboard that read, “Three Percent of U.S. Military Spending Could End Starvation on Earth.” Rep. Gwen Moore (WI-04) and Milwaukee County Supervisor Steve Shea joined the peace activists to highlight this message. Two local television stations covered the event.

As the COVID-19 pandemic spread in Iran, the team asked Rep. Moore to join other members of Congress in appealing to the U.S. Treasury to lift sanctions on Iran so that medicines and medical equipment can enter the country. Within days, her staff agreed and sent a letter to the Treasury. “How wonderful [it is] when our representatives follow through right away,” said team member Roger Hansen.

Advocacy Team members in Huntsville, Alabam.a were not sure how their conservative congressional delegation would react to constituents, calls for Congress to reassert its authority over war.

In a 2020 meeting with their representative, they were careful to respectfully frame their request in terms of the U.S. Constitution.

“No one has ever talked to me about the Authorizations for Use of Military Force,” said their representative. “I can’t say how I will vote on Barbara Lee’s amendments until I read them, but I will study them.”

Judy Guerry, a member of the team, said that the response was better than they hoped for. “All three of our Congressmen have been encouraging overall. Thanks to you all at FCNL for your training, encouragement, and monthly and twice-monthly investments in helping us get to this point.”

One Advocacy Team member reflected on his growth over several years, both as an advocate and a person of faith. He shared the deep anger he felt after the 2016 election. He added that he struggled with knowing how to express his frustration and disappointment to his members of Congress.

The advocate wanted to go into congressional offices and shout at their staff so they would know how upset he was.

But he changed his approach after receiving regular support from FCNL on how to lobby effectively and strategically. Not only did he get the tools and training to be a better advocate, but it also “made me a better Quaker.”

The Persistence of Faithful Advocacy
A Snapshot of the 117th Congress
Two Viewpoints: Why I Advocate
Advocacy Teams at Five Years: Now in 42 States
Accountability, Justice, and Fierce Love

“Why would my senator listen to me?”