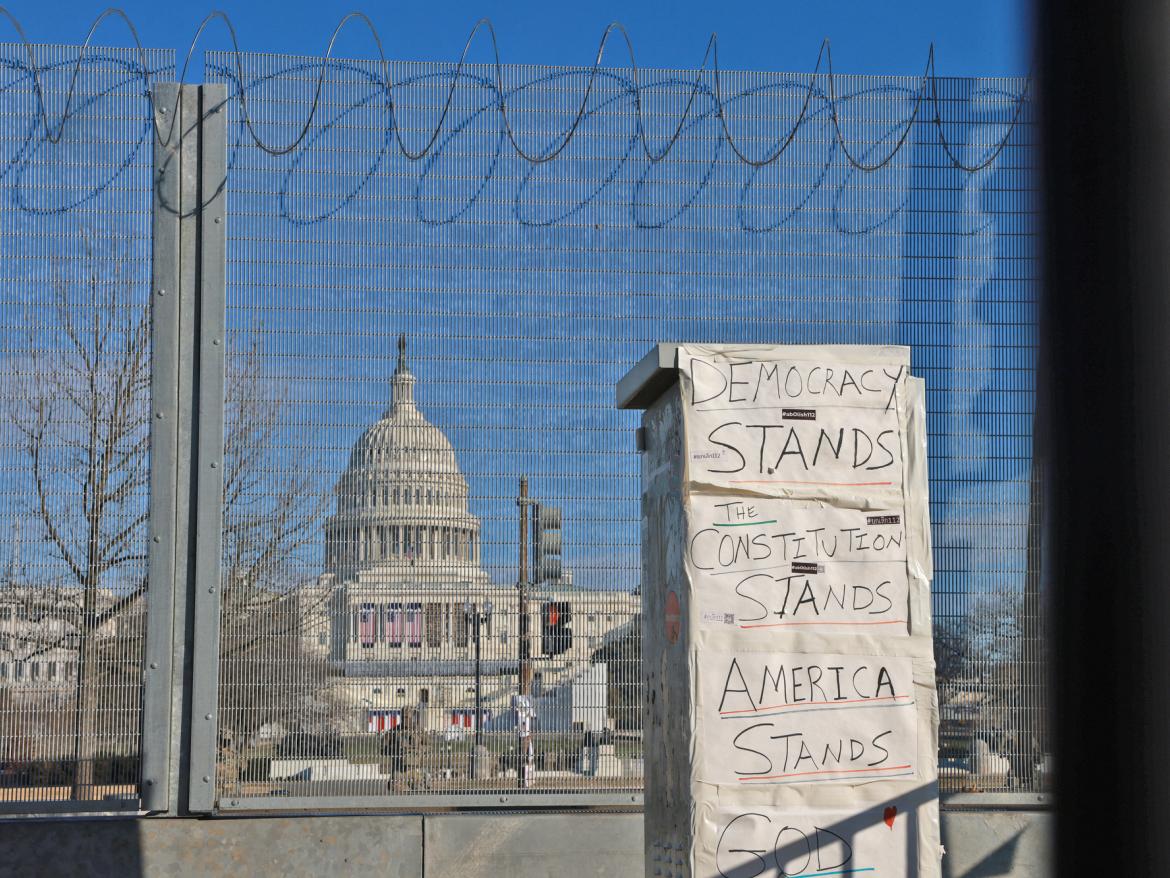 A new year, a new Congress, and a new president offer hope for decisive action and real change from the destructive policies of the last four years. Yet as the new year unfolded, resistance from the departing president, his political allies, and the mobs of extremist white nationalist he nourished and incited underlined the difficulty of this work.

Democracy in the United States has always been a work in progress. But the events of the first few weeks of January remind us of how much work is still needed to address the underlying inequities, the white supremacy, racism, and anti-Semitism that are eroding the foundations of our country.

Democracy in the United States has always been a work in progress.

The Biden administration has outlined an ambitious agenda on some of the issues that are on top of the list of FCNL priorities. Our agenda is, of course, a much bigger agenda than what President Biden is currently advocating. The Biden administration has taken some important actions by executive order, but congressional action will be needed on many of the issues that are priorities for FCNL.

Even with a divided Congress and the insurrection in early January, I’m optimistic that more change will come. Changes regarding how we address the COVID-19 pandemic and its economic fallout are already happening. But we cannot stop there. We also are called by our own priorities to start addressing the underlying racism and structural inequalities in our current system that have been thrown into such stark relief by recent events.

You can find the rest of the January/February Washington Newsletter, including the rest of this article, in the sidebar to the right.

The Persistence of Faithful Advocacy

A Snapshot of the 117th Congress

Two Viewpoints: Why I Advocate