Washington, DC – More than 800 advocates from 45 states joined the Quaker lobby, Friends Committee on National Legislation (FCNL), to lobby Congress on passing the Justice in Policing Act (H.R.7120/S.3912) as part of their 76th Annual Meeting and Quaker Public Policy Institute.

Specifically, the focus on police reform will push to make the Justice in Policing Act a top priority for both Congress and incoming Biden administration. The legislation prohibits racial, religious, and other discriminatory profiling, along with a chokehold and no-knock warrant ban.

“This year’s demonstrations and protests, along with the demand to change laws allowing police killings of Black people, have been a long time coming. Acknowledging and eradicating the racism embedded in policing, detention, and throughout the criminal justice system requires substantial change to the status quo,” said FCNL General Secretary Diane Randall. “Our advocates will make sure their voices are heard and that this debate will stay front-and-center until meaningful action is taken.”

As a Quaker organization, FCNL seeks a society where there is equity and justice for all. The Annual Meeting will feature keynote speaker Julián Castro, former secretary of the Department of Housing and Urban Development. It will also present awards to two members of Congress – Senator Kirsten Gillibrand (NY) and Representative Deb Haaland (NM) – for working for peace and justice.

“Over the next two days, our advocates will be making it clear that several things can be done to make our justice system that much more fair and just. Yes, police are locally administered and funded. But the federal government can play a large role by passing laws like the Justice in Policing Act,” said FCNL Justice Reform and Election Integrity Legislative Manager José Santos Woss. “We firmly believe that addressing systemic racism and bias will help save lives and help to heal the deep racial divides in our country. Making this a top priority for Congress next year is a must.”

Those returning from prison are part of the American family too

A Step Forward for Racial Justice 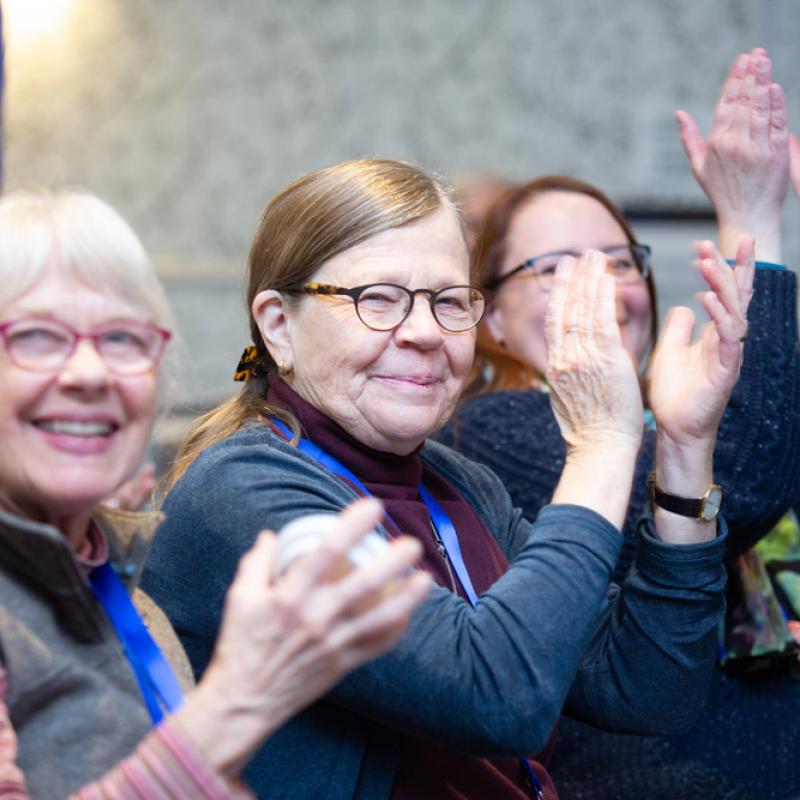