In a pair of stunning victories last week, the House of Representatives adopted bipartisan amendments to the annual defense policy bill that would repeal the 17-year-old authority to engage in a war with Iraq and prohibit spending on an unauthorized war with Iran. The National Defense Authorization Act for FY 2020 (NDAA) then passed the House by a final vote of 220-97, without any Republican votes.

An amendment from Rep. Barbara Lee (CA-13) to repeal the 2002 Iraq AUMF was adopted by a vote of 242-180. The 2002 Iraq AUMF was passed to authorize war against Saddam Hussein’s Iraqi regime. Both the Trump and Obama administrations have maintained that the 2002 AUMF does not authorize any activities that are not already covered by the 2001 AUMF, which was passed after the 9/11 attacks and is referred to as the “blank check” for global, endless war.

Repealing the 2002 Iraq AUMF would reassert Congress’ constitutional duty to determine whether the United States chooses war by taking an unnecessary authorization off the books while protecting against this or a future president exploiting it to take the United States into unforeseen and unauthorized new wars.

By a resounding, bipartisan vote of 251-170 the House adopted an amendment by Reps. Ro Khanna (CA-17) and Matt Gaetz (FL-01) to prohibit the use of federal funds for an attack against Iran unless such action has been specifically authorized by Congress, or in the event of a national emergency created by attack upon the United States. The administration’s approach of maximum pressure against Iran has been a dismal failure and has escalated the risk of war, whether by design, accident, or miscalculation.

But those were just the two most significant victories in a string of successes during House consideration of the annual defense policy bill. By including these important measures in their version of the NDAA, the House is establishing a starting point for negotiations with the Senate. With so many of the policies we care about under threat, we must keep up the pressure as negotiations continue.

Read more of the headlines below. 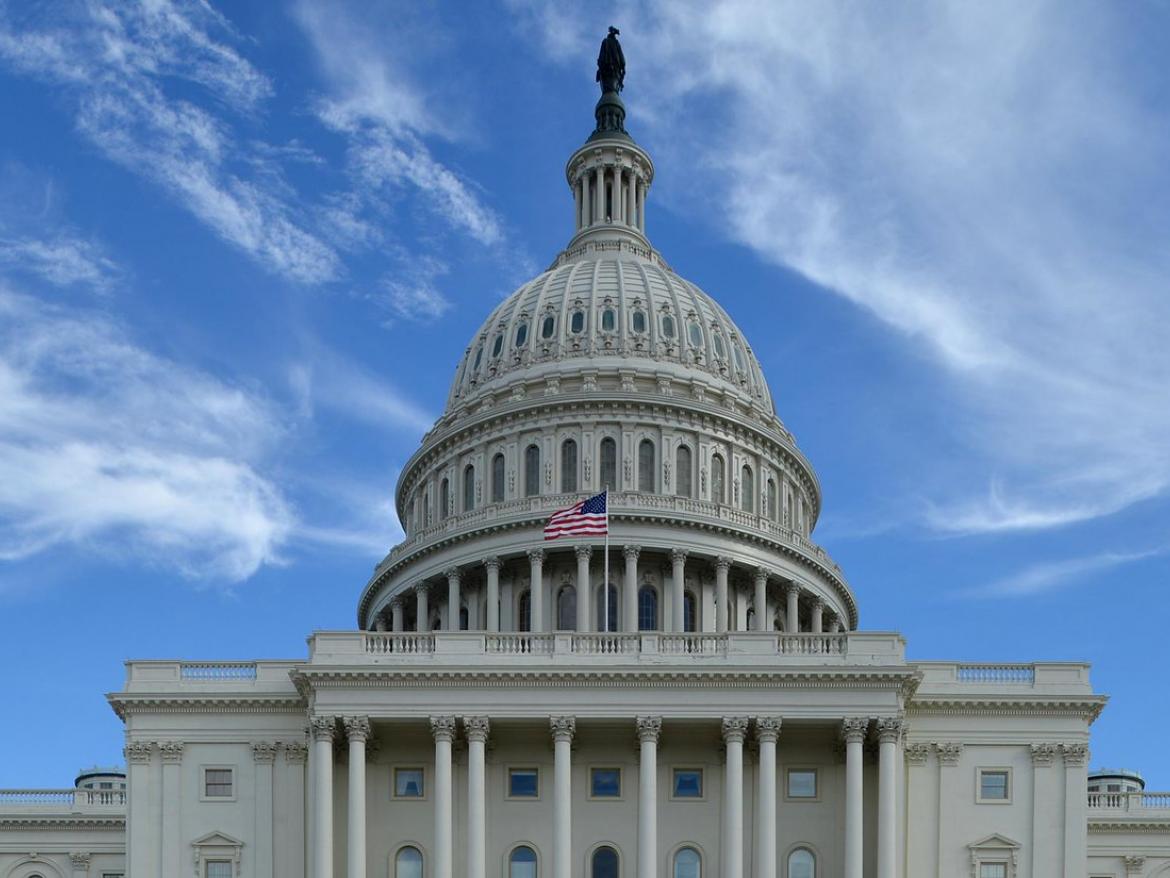 The Armed Services Committee’s initial version of the bill offered several wins for nuclear weapons policy—and the full House managed to make it even stronger, while defeating one key effort to roll back the committee’s gains.

The House approved an amendment from Foreign Affairs Committee Chairman Eliot Engel (NY-16) that would block the president from unilaterally withdrawing from the New START Treaty before October 1, 2020, unless Russia is in material breach of the treaty. The House also passed—by a single vote—an amendment by Rep. Lois Frankel (FL-21) that would block funding for intermediate-range missiles not permitted under the Intermediate‐Range Nuclear Forces Treaty until there is a clear explanation for why they are needed and where they would be deployed.

Finally, by a vote of 201-221, the House defeated an attempt to lift the committee’s ban on deployment of the dangerous new lower-yield submarine-launched ballistic missile nuclear warhead that Congress paid to build last year. Unfortunately, the House also rejected a requirement to study alternatives to replacing the Minuteman III intercontinental ballistic missile, and a limitation on funds for the overhaul of an air-launched cruise missile warhead.

Providing a military budget equaling over $2 billion every day is still the wrong direction for our country.

With this bill, the House renewed its backing for a breathtaking—and extremely disappointing—$17 billion increase in military spending over last year. While not as high as the $750 billion Trump administration request backed by the Senate, providing a military budget equaling over $2 billion every day and $1 million every minute is still the wrong direction for our country.

Unfortunately, the House defeated with a vote of 115-307 an effort by Reps. Barbara Lee (CA-13), Ro Khanna (CA-17), and others that would have brought total Pentagon spending back to last year’s level. The House did, however, adopt several amendments backed by FCNL designed to rein in wasteful Pentagon spending.

Two amendments offered by Rep. Eliot Engel (NY-16) were adopted to strengthen the protection of civilians in conflict zones. The first, adopted 241-183, would require an independent study of the way that civilian casualties are tracked and counted. The U.S. military’s official numbers are often contested by local and international human rights organizations.

Congress and the American people deserve to understand the costs and rationale behind the United States’ overseas military presence.

A second Engel amendment, passed by voice vote, would ensure that the State Department and Defense Department use consistent standards and procedures for ensuring that foreign military partners meet human rights standards, and that such programs are properly monitored and evaluated.

The House also approved an amendment from Rep. Ro Khanna (CA-17) and others expressing the sense of Congress that diplomacy is essential for addressing North Korea’s nuclear program, that all efforts should be taken to avoid war with North Korea, and that the United States should pursue a formal end to the long-unresolved Korean War.

An amendment offered by Rep. Ilhan Omar (MN-05), which passed 219-210, requires reporting on the financial costs and national security benefits for overseas military operations, including permanent military installations and bases. Congress and the American people deserve to understand the costs and rationale behind the United States’ overseas military presence.

And an amendment by Rep. Norma Torres (CA-35) would prevent the administration from reducing export controls on the weapons most commonly used in human rights abuses and terrorist activity. It was adopted 225-205.

An amendment sponsored by Reps. Ted Lieu (CA-33) and Justin Amash (MI-03) would prohibit the delivery of weapons to Saudi Arabia and the United Arab Emirates (UAE) that the president used his emergency authorities to approve without congressional review. It was adopted 246-180.

The House also approved, 240-185, an amendment by Rep. Ro Khanna (CA-17) to prohibit all forms of support to and participation with the Saudi-led coalition’s military operations against the Houthis in Yemen. Finally, it adopted a Rep. Tom Malinowski (NJ-07) amendment to prohibit for one year the sale to Saudi Arabia and the UAE of air-to-ground munitions that could be used in the conflict in Yemen.

The House adopted by voice vote an amendment by Rep. Pramila Jayapal (WA-07) to require an annual report showing which retired military officers are on foreign payrolls. This commonsense initiative will help the public understand an important avenue of hidden foreign influence on U.S. national security policy.

All five amendments that FCNL supported related to climate change passed via voice vote, en bloc. Separate amendments by Rep. Earl Blumenauer (OR-03) and by Reps. Charles Crist (FL-13) and Chellie Pingree (ME-01) would require sea-level rise projections to be used in risk assessments for construction projects and in military facility guidelines for energy and climate resiliency.

FCNL believes that climate change is a threat multiplier and national security risk.

An amendment led by Reps. Earl Blumenauer (OR-03) and Harley Rouda (CA-48) would codify President Obama’s Executive Order 13653 to require the identification and removal of barriers that discourage investments to increase resiliency to climate change.

Rep. Eddie Bernice Johnson (TX-30) offered an amendment to require an annual update of the climate vulnerability and risk assessment tool used by the Secretary of Defense. Finally, Reps. Veronica Escobar (TX-16) and Harley Rouda (CA-48) led an amendment requiring the Pentagon to specify climate-related mitigation and recovery costs in its annual budget submission to Congress. FCNL believes that climate change is a threat multiplier and national security risk, so we are encouraged that this bill will help the Pentagon better prepare for climate impacts and cooperate more effectively around climate resilient solutions.

Two amendments offered by Rep. Elijah Cummings (MD-07) were approved by voice vote. The first prohibits federal employers and contractors from asking about criminal history until a conditional offer of employment is made. The second requires the Secretary of Defense to improve the Pentagon’s ability to detect and address racial, ethnic, and gender disparities in the military justice system.

The House approved a number of amendments mandating stronger guidelines pertaining to the use of Department of Defense (DOD) facilities, personnel, and funding for immigration detention and border wall construction. The base bill already prohibits the use of DOD funds for border wall construction and the House did not consider any amendments that sought to strike that provision.

The House also passed amendments prohibiting the use of DOD facilities for Immigration and Customs Enforcement (ICE) detention, and codifying that all facilities housing unaccompanied children, including DOD facilities, must adhere to robust child welfare standards.

While FCNL was disappointed that amendments banning the use of DOD facilities, personnel, and funding for immigration purposes were not adopted, the amendments that did pass will expand much-needed oversight and accountability.