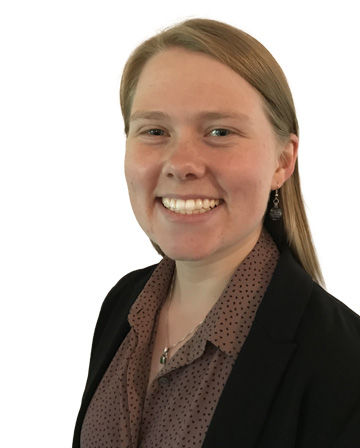 Mariah Shriner serves as the program assistant for the sustainable energy and environment team. Working alongside constituents and coalition partners, Mariah lobbies members of Congress, advocating for bipartisan responses to climate change and support for climate justice.

Before joining FCNL, Mariah spent a year with Quaker Voluntary Service, exploring the intersection of community, service, and spirituality. During the year, she served as Volunteer Coordinator for the Oregon Chapter of the Sierra Club, co-leading trainings and civic engagement-focused actions nights for volunteers, implementing communication strategy to advance the chapter’s priority campaigns, and guiding engagement on the Jordan Cove campaign. Mariah has also interned for Sen. Jeff Merkley (OR) and co-founded Sunrise PDX, a local chapter of the Sunrise Movement.

When not working, Mariah loves to bike, garden, and just generally get outside in any way possible. She recently completed her first triathlon.

The news the past few weeks has been hard, as we learn about climate-exacerbated disaster after disaster – from Hurricane Laura, one of the strongest storms to ever hit the United States, to the massive wildfires raging across the West, to record breaking temperatures across the Southwest. The impacts of these events are worsened by historic and ongoing racism, and the COVID-19 pandemic.