How are we called to welcome the stranger? In these times, with a record number of refugees around the world, welcoming the stranger is no longer just an ideal -- it must be the reality we practice. 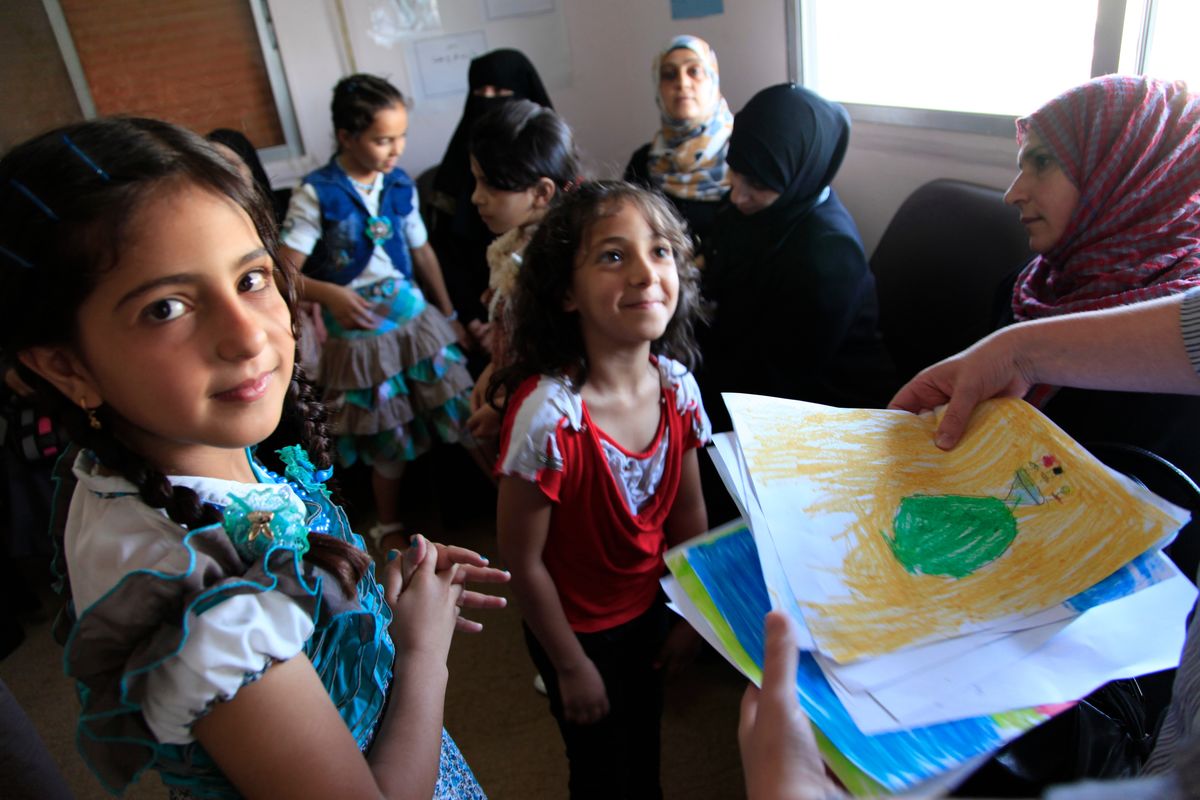 How are we called to welcome the stranger? In these times, with a record number of refugees around the world, welcoming the stranger is no longer just an ideal—it must be the reality that we practice.

Stop the violence in Syria

The rhetoric around the Syrian refugee crisis is already dangerously Islamophobic, and it could be used to foster fear and cultivate anti-immigrant, anti-refugee, and anti-Muslim sentiment to stop the resettlement of Syrian refugees.

As invaders and occupiers in Iraq—and as a nation of immigrants and refugees—the U.S. has a special responsibility to people affected by ongoing violence in Iraq, Syria, and neighboring countries. The years of U.S. economic and military warfare in Iraq destabilized the region and contribute to the violence in Syria today.

Without an increased and sustained commitment to address the Syrian refugee crisis, it is likely to accelerate exponentially.

To put the crisis in perspective, since the onset of the Syrian civil war, more than 2.3 million Syrians – nearly ten percent of the population – have fled to neighboring countries, the rates of which have multiplied eight times in the last year. Thousands of Syrians continue to leave on a daily basis. In the context of the United States, this exodus would be proportional to the entire population of New York State and Illinois taking refuge internationally. Over 1.1 million Syrian refugees are children, 740,000 of whom are under the age of 11, which is about twice the number of Quakers in the world.

Running for their lives, refugees have flooded the neighboring countries of Lebanon, Jordan and Turkey. The population of Lebanon has increased by more than 25%, equivalent to the population of Tel Aviv twice over. Camp Zaatari, the largest Syrian refugee camp in Jordan, has reached a population equivalent to the country’s fourth largest city. The overwhelming influx of refugees has placed enormous pressure on local infrastructure and economies in host communities, and fanned the flames of sectarian resentment. The far-reaching effect of the Syrian conflict threatens the long-term stability of the Middle East.

From Syria to Afghanistan to Somalia, global refugee crises stem from deadly conflicts which will continue absent inclusive, political solutions. So long as the Syrian war rages on and the international community continues to fuel the violence rather than unite for a political solution, the Syrian refugee crisis will continue to inflame the region. It is our responsibility to welcome those most in need, offer refuge and lift up our shared humanity. We call on the United States to welcome refugees at home and reinvigorate diplomatic efforts abroad to prevent ever-worsening refugee crises in these war-torn regions. We are not safer with higher walls. We're safer with stronger bridges.