This statement was developed by American Friends Service Committee, Britain Yearly Meeting, Friends Committee for National Legislation, Quaker Council for European Affairs, and Quaker United Nations Office. It draws on their Quaker foundations and work with migrants and on migration.

Rooted in our belief that there is that of the sacred in everyone, our spiritual leading to uphold the inherent value and agency of every human being, and our commitment to building a world without violence, we are heartbroken by migration policy that dehumanises some members of our human family on the basis of where they come from. We reject the notion that security for some can be achieved through means that use or result in violence and insecurity for others. We abhor the many forms of violence used in the management of migration and the effect current migration systems have in dividing our human family.

We are committed to working for a world where dignity and rights are upheld regardless of migration status and not on the basis of citizenship or perceived deservedness. Our faith calls us to work alone and with others for migration justice.

Migration is a fundamental facet of human behaviour. People migrate for many different reasons. The line between chosen and forced migration is frequently blurred by factors including insecurity, desperation, the search for dignity, and the climate crisis. People’s reasons for migrating are often exacerbated by inequalities and by power structures that are built on or have profited from the control of people’s movement.

We cannot consider why people move or what the response to human mobility should be without recognising the global power imbalances and injustices which entrench inequalities and which continue to be used in the management of migration.

Longstanding and pervasive structures of domination —including but not limited to colonialism, racism, sexism, and classism—have led to and continue to uphold the conditions we see today. While recognising that migration injustice is perpetuated across the world by a diverse range of actors, we highlight the disproportionate role that countries of the global north play and have played in fuelling the displacement of people.

When migration policies do not acknowledge and respond to these contexts and these inequalities, they perpetuate injustice. This understanding informs our vision of migration justice.

Our Vision of Migration Justice

Migration justice acknowledges that migration is an inherent part of human behaviour and enables people to move in safety and dignity.

Migration justice is built on a shared understanding of our common humanity and spiritual connectedness, which transcend borders, recognising that migration enriches both individual lives and communities.

Migration justice promotes holistic and coherent policy frameworks. Migration justice means ensuring there are no divisions between migration and integration policies. It connects internal and external policies and mitigates their impact to ensure that migration is, and remains, an informed and positive choice.

Migration justice protects, respects, and upholds the human rights of all migrants. It requires us to ensure that migrants have equal access to all essential services, including health services, so that they can fully enjoy the rights to which they are entitled.

Migration justice is ensuring welcome, inclusion, dignity, shared security, sanctuary, love, and compassion, as needed, because we are all part of the same human family whether we migrate or not.

Migration justice sees each of us as unique and precious and recognises the individual journeys, gifts, and struggles of every migrant and enables their specific needs to be met, gifts to be nurtured, and dignity to be upheld.

Migration justice means an end to injustices inherent in migration management policies and practices which emphasise division over connection and privilege the wellbeing and perceived security of some over the lives and security of others.

To achieve migration justice, we will work to end these injustices and mitigate the harm they do within our own organisations and through the work that we do. 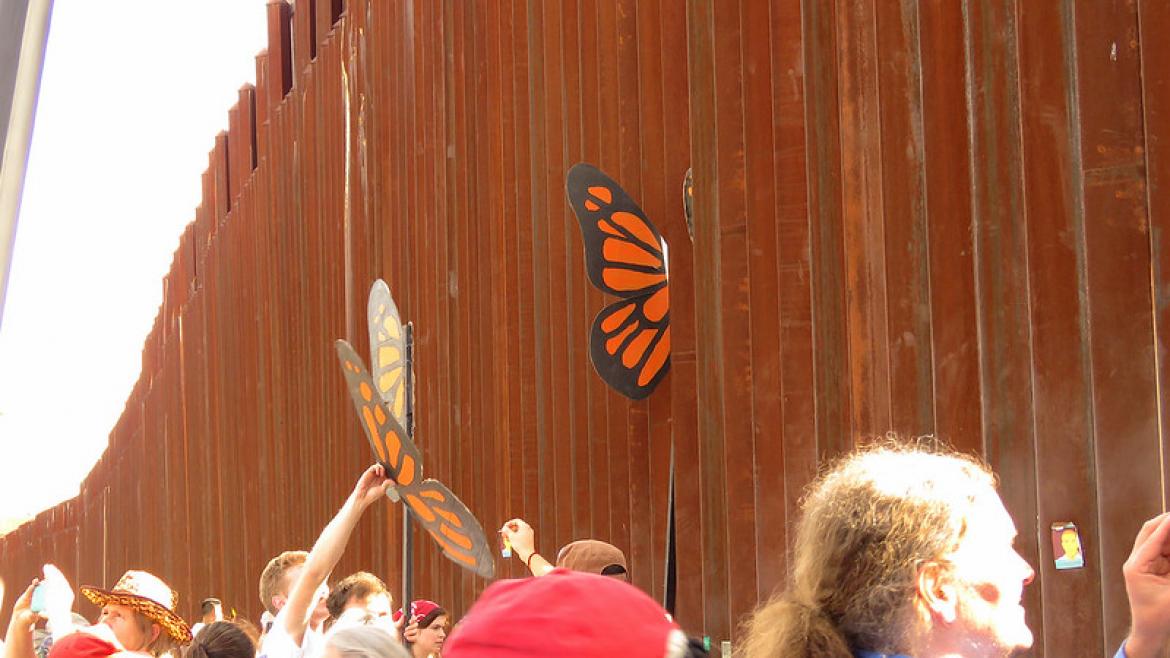 Migration injustice views human movement as something that can be prevented or directed, and seeks to control it in ways that perpetuate inequalities and result in financial gain for those with greater power.

Migration injustice uses violence in the management of migration. Violence in migration systems is not limited to the militarisation of borders and the weapons in the hands of their guards, it manifests in many ways, including:

We reject all manifestations of violence resulting from migration management systems and we call for their immediate end.

Migration injustice uses public services as an extension of immigration control and enforcement. Using public services to create everyday borders fosters insecurity by preventing people from accessing support, healthcare, and protection they need. We reject the weaponization of public services for detection, detention, and deportation; and we call for robust firewalls to ensure safe access to public services regardless of migration status.

Migration injustice creates suspicion and disbelief of people seeking sanctuary and perpetuates trauma. Respecting the right to asylum requires borders to operate as open ears and arms, not closed fists.

We reject all policies and practices that create barriers to asylum, including through physical barriers or cultures of mistrust. We reject policies that essentialise and reduce people to their migration status, place of origin or appearance, and do not enable them to fully be part of society because of that; and we call for sanctuary everywhere.

Internally displaced persons (IDPs) also suffer as a result of structural inequalities, discriminatory policies, and violence. IDPs are entitled to a special protection regime which must be respected, and they must be treated in full accordance with their rights.

We reject the policies and practices that perpetuate this pain and we call for migration justice.

Signing on to Support this Statement

This statement was developed by American Friends Service Committee, Britain Yearly Meeting, Friends Committee for National Legislation, Quaker Council for European Affairs and Quaker United Nations Office drawing on their Quaker foundations and work with migrants and on migration.

We encourage Meetings, Quaker organisations, and Friends’ groups or associations to consider supporting the statement and signing on to it.

If your organisation, group or Meeting would like to sign on to support the statement or if you have questions about the statement or comments on it please email the Quaker UN Office’s Human Rights and Refugees team: Laurel Townhead at ltownhead@quno.ch and Najmah Ali at nali@quno.ch.

The list of supporting Meetings, groups and organisations will be updated monthly.