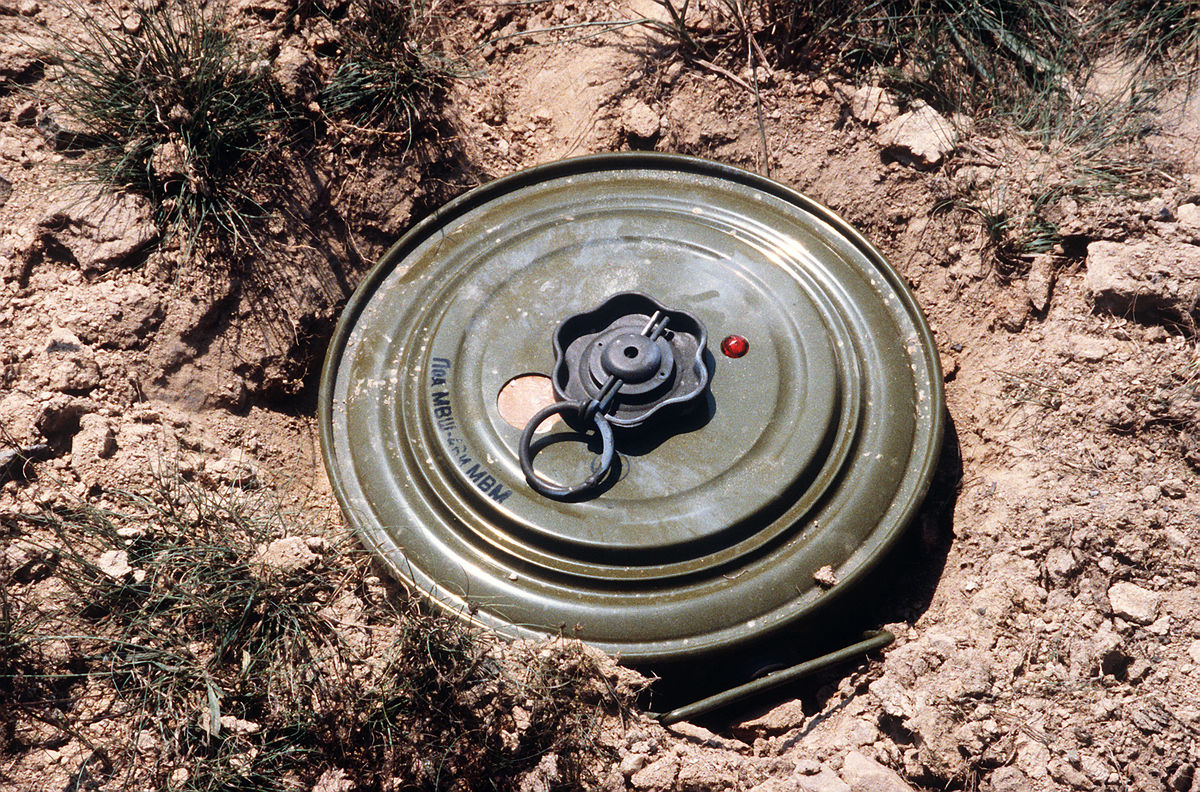 Write a Letter to the Editor  ›

Landmines, also known as anti-personnel mines, are defined as mines "designed to be exploded by the presence, proximity or contact of a person and that will incapacitate, injure or kill one or more persons.”

The new landmine policy cancels President Obama’s 2016 Presidential Policy Directive 37, which had prohibited the U.S. military from employing anti-personnel landmines outside of the Korean Peninsula.

Landmines are indiscriminate weapons that disproportionately impact civilians, and especially children. From 1999 through 2018, there have been 130,755 reported casualties as a result of landmines, though the true number is likely much higher as accurate data is difficult to gather.

According to the Landmine Monitor, in 2018 alone:

So-called “smart” landmines are rarely hand-planted, carefully mapped, and marked. Instead, they are often scattered by aircraft and artillery over unmarked terrain, creating further danger for civilians and aid workers who have no way of knowing whether they are in or entering a minefield.

Between 1969 and 1973, the U.S. carpet bombed Cambodia with 2.7 million tons of ordnance, including 80,000 cluster bombs containing 26 million submunitions—more than the Allies dropped on Germany and Japan combined during World War II. The unexploded bombs left behind from the U.S. carpet bombing campaigns and the Cambodian civil war has led to over 64,000 casualties between 1979 and 2017. Additionally, Cambodia has 232,000 acres of contaminated land – land that cannot be inhabited, farmed or otherwise developed.

The U.S. currently has no active minefield under its control. The minefields the U.S. once implanted on the Korean Peninsula are now the responsibility of South Korean forces. The last large scale confirmed use by the U.S. was in 1991 in Iraq and Kuwait, when U.S. forces deployed 117,634 antipersonnel mines. However, it is reported that U.S. forces in Afghanistan deployed Claymore directional fragmentation mines in 2009 and 2010.

Who else uses them?

Of the more than 50 countries that once produced landmines, 41 have ceased production by February 2020, including four that are not party to the Mine Ban Treaty. Under this new landmine policy, the U.S. will join a small handful of one-time mine-producing countries that have not disavowed restarting production, including China, Cuba, India, Iran, Myanmar, North Korea, South Korea, Pakistan, Russia, Singapore and Vietnam.

Between October 2015 and 2019, only the government forces of Syria, Myanmar, and North Korea, as well as non-state actors in conflict areas, have used landmines.

The 164 countries that are party to the Mine Ban Treaty as of February 2020, representing over 80 percent of the world’s states, are required to:

However, so long as 32 nations—including the U.S., Russia, China, India and Pakistan—are not party to the Mine Ban Treaty, the world continues to live under threat.

FCNL urges the White House and Department of Defense (DOD) to reverse this policy change and sign the Mine Ban Treaty. FCNL calls on Congress to pass legislation that bans the use, development, and production of landmines, and to prohibit their funding.