The U.S. military, concerned about impacts on active and current operations, has begun actively preparing their own solutions to address the climate crisis. 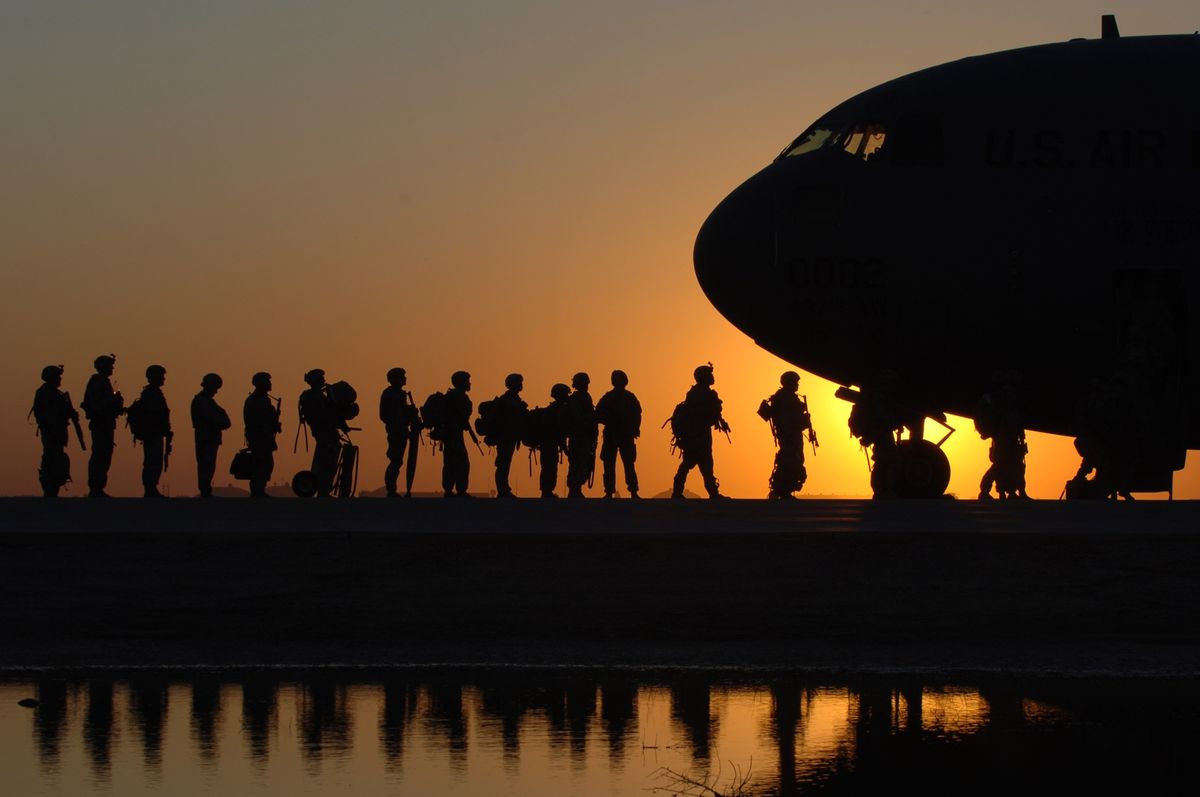 In May, General Mark Milley, chair of the Joint Chiefs of Staff, commissioned a report titled “Implications of Climate Change for the U.S. Army.” While the report acknowledged that the Department of Defense must establish “a culture of environmental stewardship across the force,” the recommendations for doing so were deeply troubling. They included new foreign interventions and a massive permanent military infrastructure on U.S. soil to prevent the power grid from collapsing.

The Pentagon cannot be the sole place where climate "solutions" are housed. This would perpetuate a ballooning Pentagon budget and military intervention around the world.

A militaristic lens to climate solutions is not the answer. If the U.S. wants to sincerely address the climate crisis, solutions must be based in humanitarianism and diplomacy, not a larger military footprint.

Here are a few ways in which environmental harm and endless war are intrinsically connected:

Climate-exacerbated events, like drought and sea-level-rise, can spark violence, instability, and contribute to climate displacement and forced migration. They create the potential for conflict and increased U.S. military activity abroad, perpetuating a cycle of endless war.

Endless wars have led the U.S. military to consume an incredible amount of energy and emit staggering levels of greenhouse gases.

For example, in the years leading up to Syria’s civil war in 2011, the Middle East experienced a devastating drought. More than 1.3 million Syrians were affected, and in some areas up to 85 percent of the country’s livestock were killed. People across the Middle East were forced to migrate to cities, contributing to an already unstable situation. The Milley report itself noted that “there is no question that the conflict that erupted coincided with a major drought in the region which forced rural people into Syrian cities as large numbers of Iraqi refugees arrived.”

As the world’s single biggest institutional consumer of fossil fuels, the U.S. military contributes significantly to climate change. Endless wars have led the U.S. military to consume an incredible amount of energy and emit staggering levels of greenhouse gases into earth’s atmosphere.

Before 9/11, the military’s energy consumption was steadily declining. Now, the Department of Defense consumes between 77 to 80 percent of all government energy and emits more greenhouse gasses than two-thirds of the countries on Earth. Continued intervention in conflict abroad will further exacerbate U.S. reliance on fossil fuels and worsen the climate crisis.

Physical Violence to the Planet

Following the invasion of Iraq in 2003, environmental toxins from depleted uranium left children living near U.S. bases with an increased risk of ailments such as congenital heart disease, spinal deformities, and cancer. More than 180,000 U.S. veterans have documented health concerns due to exposure to toxic materials that the military burned in open-air pits.

The U.S. must take a broader look at conflict prevention strategies and responses to climate-exacerbated disasters. This approach needs to prioritize humanitarianism and diplomacy, rather than an expanded military presence and unabated use of fossil fuels.

Congress should pass comprehensive climate solutions, such as bipartisan carbon pricing legislation, to reduce greenhouse gases domestically. Globally, the U.S. should participate in international climate agreements, such as the Paris Climate Agreement, that provide financing for adaptation and resiliency efforts, especially in particularly vulnerable regions.

Background Carbon Pricing as a Solution to Climate Change › 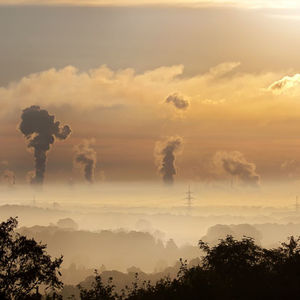 FCNL believes that carbon pricing is one of many essential tools that Congress should use to address climate change and shift towards a clean energy economy. While we have not endorsed any particular bill at this time, we are supportive overall of the efforts from both parties to advance carbon pricing legislation. We hope that the below resources will help our network advocate for just climate policies to reduce greenhouse gas emissions and promote equitable communities.