The U.S. Must Assume Responsibility for Climate Displacement 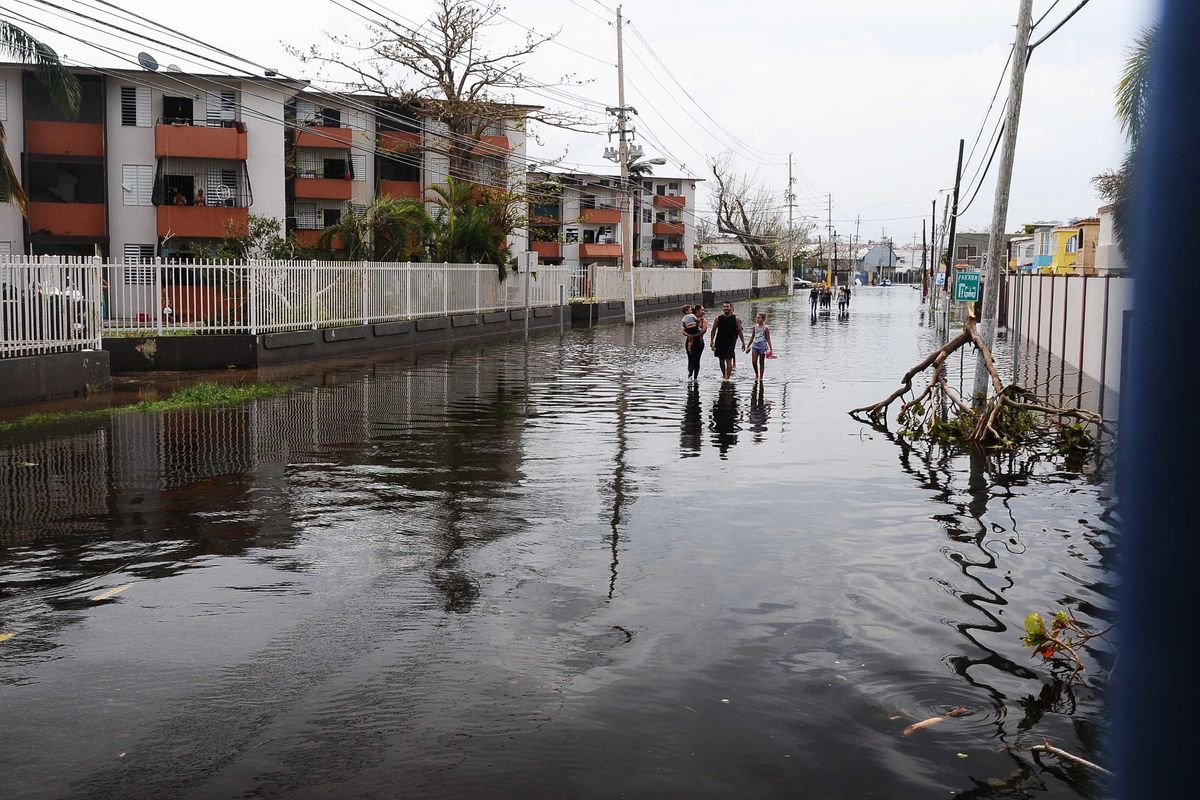 Water-filled street as a result of Hurricane Maria. U.S. Department of Defense

And as the world’s greatest historical emitter of greenhouse gasses, the U.S. has played an undeniable role in creating this instability. We have a moral responsibility to boldly act on climate change and ensure that people who lose their homes and homelands because of climate-exacerbated events are protected.

"For human beings around the world, natural disasters, environmental degradation, and the scarcity and inequitable distribution of resources are underlying causes of large-scale famine, poverty, disease, violence, war, displacement, and migration." - The World We Seek, FCNL’s Statement of Legislative Policy

A first step is to realize the broader realities of climate change. When people speak of climate displacement, we generally picture powerful hurricanes or historic rainfall. But more gradual weather changes, such as extreme heat and sea level rise, can be just as devastating. These slow-onset events are less visible but can be a significant contribution to displacement.

For example, a farmer in Southeast Asia may leave his home because his crops routinely fail, thereby causing him to lose his source of income. He would be categorized as an economic migrant—yet the reason for his crop failure was the increased salinity of the soil. If it were not for human-caused climate change leading to increased sea levels, his farm would have been more likely to survive.

We have a moral responsibility to ensure that people who lose their homes and homelands because of climate-exacerbated events are protected.

Climate disruptions like these are playing an increasing role in displacement around the world. A recent report by Central Climate, an independent group of scientists and journalists, shows that 150 million people are living on land that could disappear by 2050 due to rising sea levels. These slow-onset events will impact millions—and there is no clear way of handling this crisis. Individuals displaced by events like sea level rise and extreme heat are not tracked, counted, or aided as a category of refugees. These individuals will lose their homes and livelihoods, and we will be unable to help them.

So how can we address this glaring gap? A good start would be to create a new category for climate-displaced people under U.S. and international law, craft policies that decrease greenhouse gas emissions, and engage in international climate agreements.

The U.N. defines a refugee as a person who left their home due to persecution based on race, religion, nationality, membership in a particular social group, or political opinion. People who fit this definition could be granted legal protection under international, regional or national law. Climate change, however, is not currently considered a valid reason for why someone could be considered a refugee.

These slow-onset events will impact millions—and there is no clear way of handling this crisis.

The U.N. has taken steps to change this definition. At a summit in September 2016, an international framework for protecting all refugees was created, including a legal process for recognizing migrants displaced by climate change. Unfortunately, the U.S. declined to champion this promising framework.

Perhaps this shouldn’t be surprising. Under the Trump administration, the U.S. has largely abdicated its role as a leader in refugee policy. The administration has cut refugee admissions by 85 percent over the last 3 years, denying entry to some of the world’s most vulnerable people as determined by the U.N.

The U.S. has also withdrawn from global solutions seeking to address climate change, while doubling down on practices that endanger the environment. Just this past November, the president began the legal process of withdrawing from the Paris Climate Agreement, abandoning our pledge to reduce greenhouse gas emissions and help the vulnerable adapt to climate impacts.

Without policy change and robust international cooperation, the U.S. will continue to emit a disproportionate amount of greenhouse gases and exacerbate extreme weather events that displace vulnerable individuals. The U.S. must take responsibility for its considerable role in the climate crisis by passing sustainable solutions to reduce greenhouse gas emissions, joining U.N. efforts to recognize climate refugees as a category of protection, and restoring our leadership in international frameworks.

Karla was the Program Assistant for Immigration and Refugee Policy for 2019-2020. In her work, Karla tracked key legislation on congressional appropriations and funding, collaborated with partner organizations, and uplifted the values of FCNL through congressional visits and lobbying. She believes in the importance of maintaining relationships with constituents, and advocates for an immigration system where everyone is treated with dignity and respect.