Diplomacy with North Korea: the Ball is in Our Court

North Korea is back to being front page news this week. But, for once, it looks like it might be good news. I spoke with FCNL's Anthony Weir about the recent diplomatic breakthrough between North and South Korea, how the U.S. should respond, and what Congress can do.

Emmett: Why is North Korea in the news?

Anthony: Yesterday, South Korea announced that they had reached an agreement with North Korea to do a couple of things. First, they agreed to have a summit in Panmunjom, a house in the Demilitarized Zone where peace talks have been held in the past. This alone is a momentous event because it’s technically on South Korean territory, making it the first time since the war that a North Korean ruler has stepped into South Korea. It’s also the first time that Kim has met with any foreign leader since taking power six years ago. South Korea also announced that they had agreed with the North to establish a leader-to-leader hotline after the summit, further signaling the increasing willingness on both sides to communicate.

The announcement that got the most press coverage is that, according to South Korea, the North is prepared to engage in talks with the U.S. that include the topic of denuclearization. It’s hard to know for sure what will come from this, but South Korea has released additional information that signals that the North is sincere in its desire to negotiate. For instance, when South Korean envoys informed Kim Jong-un that they would not be able to delay or constrain joint military exercises with the U.S., Kim said that he understood and that this wouldn’t derail his openness to talks. North Korea reportedly also pledged to refrain from missile and nuclear tests as long as talks continue in good faith, and that it will not attack South Korea with nuclear or conventional weaponry.

South Korea is sufficiently concerned about DC’s aggression and hesitance towards diplomacy that it saw fit to independently shape the diplomatic the environment in which the U.S. must respond.

These encouraging and hopeful diplomatic breakthroughs emerged following Kim Jong-un’s first-ever meeting with senior South Korean diplomats. Fascinatingly, South Korea decided to announce the results of this diplomacy prior to debriefing the U.S. This signals that South Korea is sufficiently concerned about DC’s aggression and hesitance towards diplomacy that it saw fit to independently shape the diplomatic the environment in which the U.S. must respond.

Emmett: How has the U.S. responded, and how should it respond?

Anthony: The president has characterized the announcement as possible progress, apparently sincere, and worth exploring. He first made these statements on Twitter Tuesday morning and reaffirmed them again during a press conference later that day. However, Vice President Pence issues a separate press statement that the U.S will respond with firmness and resolve, leaving “all options remain on the table” and continuing to exert maximum pressure and make maximum demands until North Korea denuclearizes. Beyond that, we don’t know much about what the response was behind the curtain or will be going forward. But it is disquieting to see this kind of incoherence within the administration, especially after a top State Department envoy for North Korea public retired, apparently, because the president has failed to clearly back diplomacy and State Department employees.

This Inter-Korean diplomacy has hit the ball squarely into the U.S. court, the U.S. must respond seriously and in good faith. After this breakthrough, the U.S. is boxed in. If the administration doesn’t take this opportunity seriously, it will appear recalcitrant and that it lacks a good faith desire to avoid war.The U.S. can start by backing off of its maximalist approach to North Korea and setting reasonable expectations for what we can achieve right now. We need to broaden the conversation from just denuclearization because denuclearization is the hardest, steepest demand. Ultimately, all of our other priorities with North Korea, such as human rights, curtailing their conventional weapons threat to South Korea, and chemical weapons, get pushed to the wayside.

There is often criticism about talking for talking's sake, but talking is what allows us to continue building a relationship and moving the ball forward for real action.

Emmett: What are reasonable hopes and expectations for what talks with North Korea can accomplish right now?

It’s a diplomatic axiom that you can’t make progress until the cameras get bored with all of the meetings and stop coming. That means that you need to take a lot of time in direct conversation to build trust and goodwill. Only then can we move beyond this initial phase and talk about solutions and creative approaches.

The U.S needs to approach the process in good faith. That means not just airing out our nuclear concerns, which are legitimate, but being prepared to explore smaller measures that begin to contribute to a better security environment and chip away at animosity. I’m talking about very small steps, like increasing transparency about military exercises and tests and establishing a direct diplomatic channel between Washington and Pyongyang, just like North and South Korea are doing by creating a hotline. There is often criticism about talking for talking's sake, but talking is what allows us to continue building a relationship and moving the ball forward for real action.

Emmett: How can Congress help push the administration towards diplomacy?

Anthony: Congress has to close off the military pathway. That begins with reasserting its constitutional authority to debate and authorize, or not authorize, war. We have to switch U.S. policy from just accepting war every time the executive branch wants it to having a real debate and making that choice together as a nation.

Emmett: How can someone reading this article right now get involved?

Anthony*: We have to deliver that message to Congress. It’s time to constrain the president’s ability to wage war. War with North Korea would be catastrophic. That’s why we’re supporting legislation that would prevent the president from launching an unconstitutional strike on North Korea. You can contact Congress to support that legislation, or you can even join an FCNL advocacy team. They’re spending the whole year organizing communities around the U.S. to prevent war with North Korea. 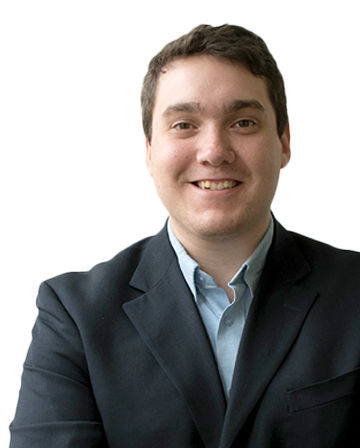