After the Cold War, the threat of nuclear weapons receded in our collective consciousness.

But the truth is, these terrible tools of death never went away, and neither did their destabilizing effect on global security. A string of recent events has pushed nuclear weapons back to the forefront of mainstream discourse and reminded us of an undeniable fact: We cannot achieve true peace if these weapons exist.

“Nuclear deterrence” cannot be relied upon as a mechanism for global security. The opposite is true. The mere existence of nuclear weapons represents an ever-present threat to peace on earth.

Last week, North Korea tested a new intercontinental ballistic missile, which experts claim has the longest range of any tested by the North Korean regime. We’re still learning the specifics of the launch and its implications, but one message has come through loud and clear: Pursuing peace on the Korean peninsula needs to remain a top priority.

Meanwhile, as the tragic war in Ukraine continues, Putin is leveraging the threat of nuclear weapons to provide cover for his unlawful invasion. His warning of “consequences greater than any you have faced in history” to nations considering intervention was a chilling reminder of Russia’s nuclear might.

And just a couple of weeks ago, India accidentally fired a missile into Pakistan. Cooler heads prevailed, but the incident could have quickly spiraled into a devastating conflict between two nuclear-armed nations.

These are different events with distinct contexts. But taken together, a core conclusion emerges: “Nuclear deterrence” cannot be relied upon as a mechanism for global security. The opposite is true. The mere existence of nuclear weapons represents an ever-present threat to peace on earth.

The only real answer is to eliminate all nuclear weapons. As we work toward that goal, lawmakers and leaders must take firm steps to deescalate arms races and reduce the chances of nuclear use.

It is hard, long-term work. But it is vital for the future of our planet. 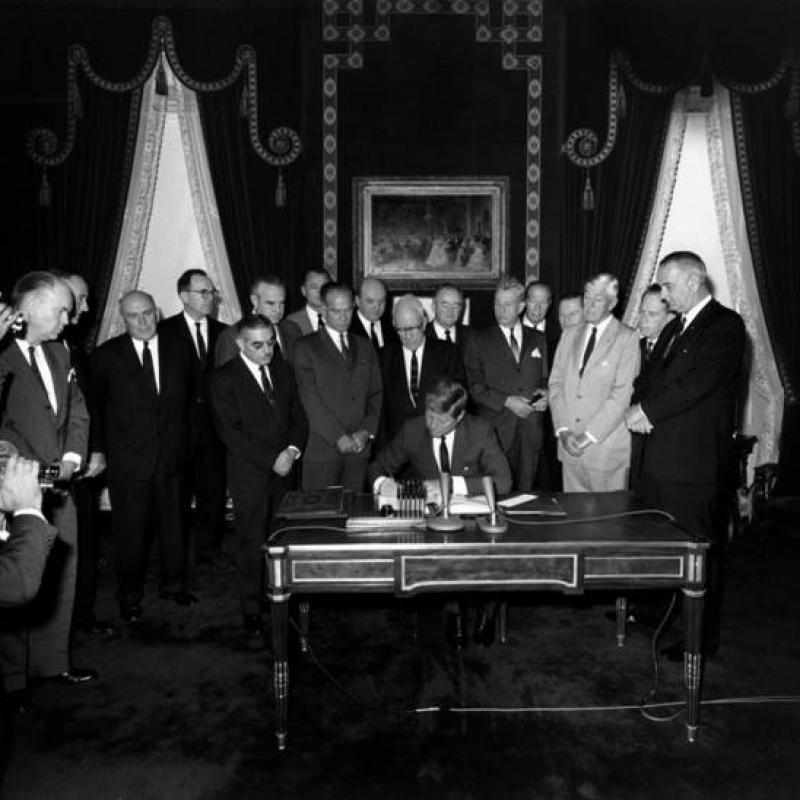