Drones have rapidly become one of the U.S. military’s primary weapons as U.S. counterterrorism policy has gravitated toward methods that are more secretive, more lethal, and more removed from the battlefield. Here’s what you need to know. 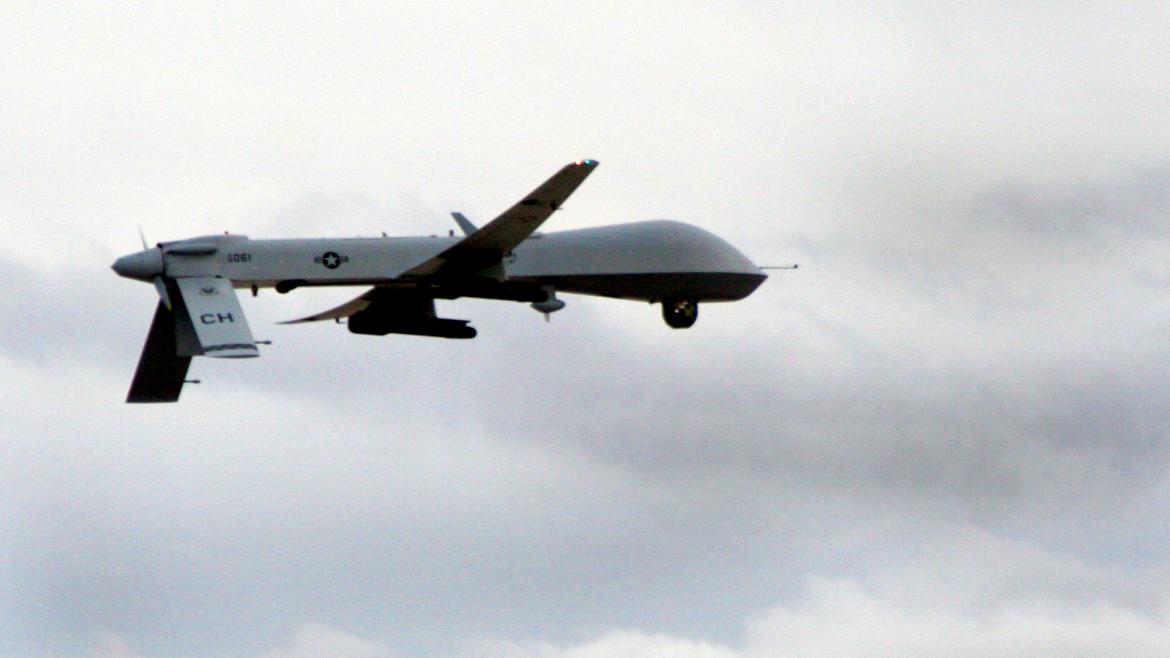 Both the U.S. military and the CIA use drones as part of conventional fighting in war zones as well as to conduct targeted killings of individuals they say are suspected of terrorism, and have done so both inside and outside of battlefields.

The CIA’s drone program remains largely secret. While the Obama administration took steps to transfer all authority for the U.S. drone program to the Department of Defense, the Trump administration reversed course by expanding CIA drone use. The Biden administration has yet to establish an official policy on drones, though it has been conducting a review of lethal U.S. counterterrorism efforts since February 2021.

From 2018 to 2020, the U.S. conducted drone strikes in Afghanistan, Iraq, Libya, Pakistan, Somalia, Syria, and Yemen.

The cost per flight hour varies by type of drone, but the larger armed systems such as the Global Hawk cost up to $18,591 per hour.

The total costs of the U.S. drone program are difficult to assess. Funding is spread across many different legislative line items and is often not clearly marked. Expert estimates differ on the annual cost of the program. According to the Bard College Center for the Study of the Drone, the Department of Defense requested approximately $9.39 billion for drones and associated technologies in the fiscal year 2019 budget. The Stimson Center assessed the administration’s request at $3.4 billion for drone procurement, research, development, testing, and evaluation.

In post-9/11 war zones, drones have been used to target members of non-state organized armed groups that the U.S. has been engaged in armed conflict with, such as ISIS in Iraq and Syria and al Qaeda and the Taliban in Afghanistan.

But beyond the context of armed conflict, the U.S. government uses drones to target people on a “kill list” who the administration considers to be “high-value” targets and who may or may not be in an active war zone. Drones are also used to conduct “signature strikes” based on vaguely defined, suspicious patterns of an individual’s behavior. Upon closer inspection, the rationale often crumbles. For example, a January 2018 strike in Yemen appears to have mistakenly targeted a 70-year-old farmer and his younger relative.

Three days after the September 11 attacks, Congress passed the 2001 Authorization for Use of Military Force (AUMF), which authorized military action against those responsible for the 9/11 attacks and those who harbored them. Since then, four presidents have interpreted the AUMF to justify drone strikes around the world. While many members of Congress have said that the executive branch’s interpretation of the AUMF far exceeds congressional intent, Congress has never acted to rein in the AUMF or to limit the use of drones.

But the Biden administration has shown no signs of abandoning the use of drones. Instead, the administration has repeatedly pledged to conduct “over-the-horizon” remote strikes even after withdrawing from Afghanistan, and continuing to counter terrorism through military means. The administration is reportedly exploring the possibility of using foreign bases in the region to continue carrying out lethal counterterrorism operations.

With no overarching strategy and minimal congressional oversight and public transparency, many mistakenly see drones as a low cost—human and financial—alternative to traditional war. But this is far from the case. The drone program helps keep the U.S in a constant state of endless war, which in the last 20 years has resulted in the deaths of over 929,000 people, including more than 363,939 civilians, at a cost of at least $8 trillion.

Evidence suggests that the trauma of living under drones fuels anti-American sentiment and aids in recruitment to armed groups that engage in terrorism. Indeed, both the al Qaeda network and the Islamic State in Iraq and Syria have leveraged the collateral damage from U.S. strikes as a propaganda tool to bolster recruitment efforts. This impact is known as “blowback”– the long-term unintended consequence of actions taken today.

This new form of war has also had unprecedented effects back home: early studies suggested that drone pilots experience mental health problems at the same rate as pilots participating in live combat. Despite working thousands of miles away from the physical impact of the strikes, many drone pilots experience worrying levels of anxiety, depression, severe stress, and moral injury. Moreover, the military has had a difficult time retaining drone pilots. Long hours—often between three to six times the maximum annual flight hours of regular Air Force pilots—play a major role.

The U.S. drone program is setting a troubling precedent for how such operations are conducted by others. The lack of oversight, transparency, and accountability of the U.S. program may serve as a harmful model for other countries. As of 2020, over three dozen other countries have acquired armed drones, many of which are developing their own drone programs. Non-state groups, including ISIS, have also acquired armed drones.

It is past time to pause and evaluate the outcomes of U.S. drone policy. Congress should fully investigate the long-term impacts of drone warfare. We as a country must ask ourselves some serious questions. Aside from the moral issues raised by drone use, there are real questions about their impact on the future of U.S. national security. What has been the impact of drones on U.S. national security and human rights? Has the drone program actually been effective at countering terrorism? What happens when the United States no longer dominates over this technology? What can be done to prevent non-state armed groups from acquiring drones?