In my role as FCNL’s Quaker Engagement intern, I had the pleasure of surveying and interviewing Friends throughout the country about their advocacy efforts and their connection to their faith. These conversations served as a way to hear from Quaker advocates in FCNL’s network, and were incredibly inspiring to me as a young person interested in social change. 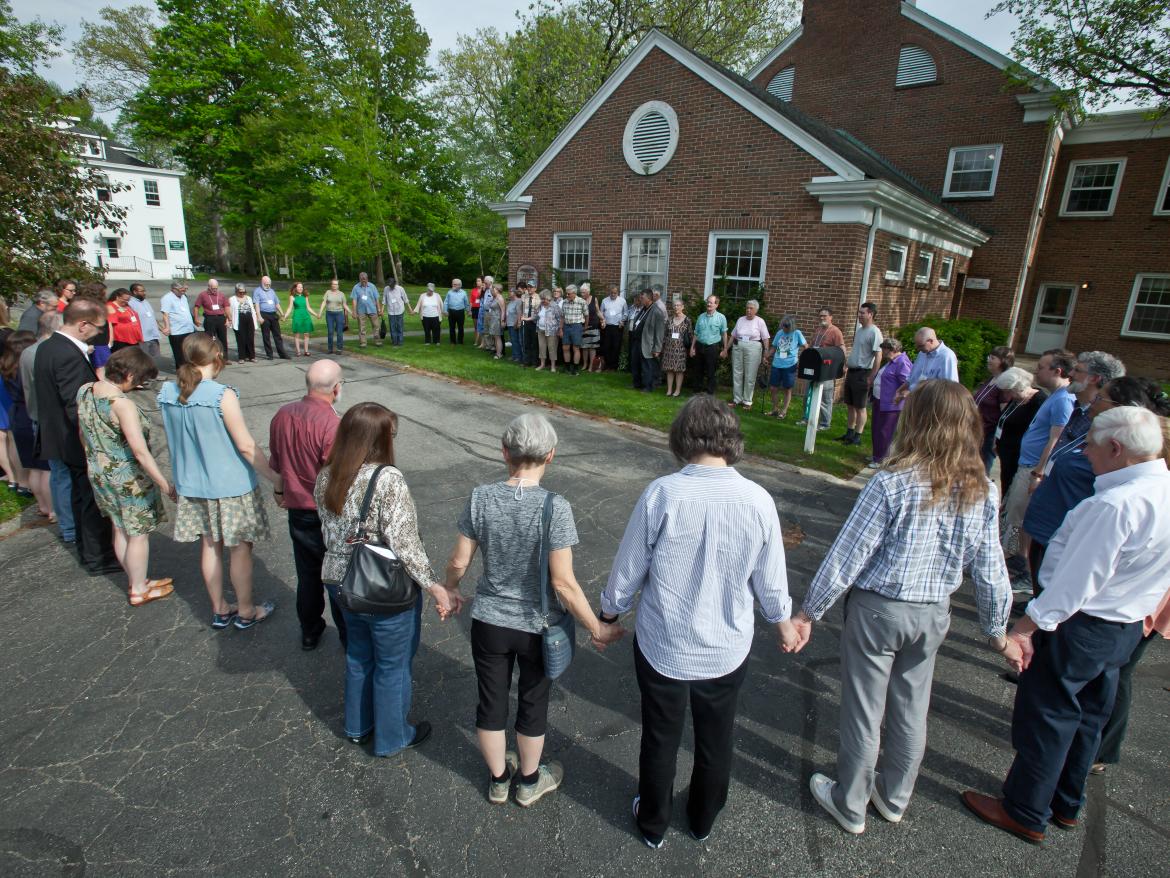 Being raised a Quaker in the twenty-first century feels increasingly paradoxical. Often when leaving meeting, my once unwavering sense of community has been replaced by news of the world’s atrocities sent directly to my smartphone. But the Friends I spoke to also came of age in a time of political unrest. Many grew up against the backdrop of the Vietnam War and civil rights movement, and even though they weren’t reading updates from Twitter at every turn, they still watched their country splinter in ways previously unknown.

So what gave them the strength to devote themselves to movements throughout their lives?

For many, advocacy begins within. When individuals are in tune with themselves, it becomes clearer how and when to act. Christine from California described it saying, “it’s like there’s this fire in your belly and you have to do something.”

This guidance may arise from life events, but it can also come from faith itself. For example, Ingrid, a Friend from Maine, observed, “Once I became a Quaker I realized that my values as a Quaker were really the underpinnings of my political beliefs.” 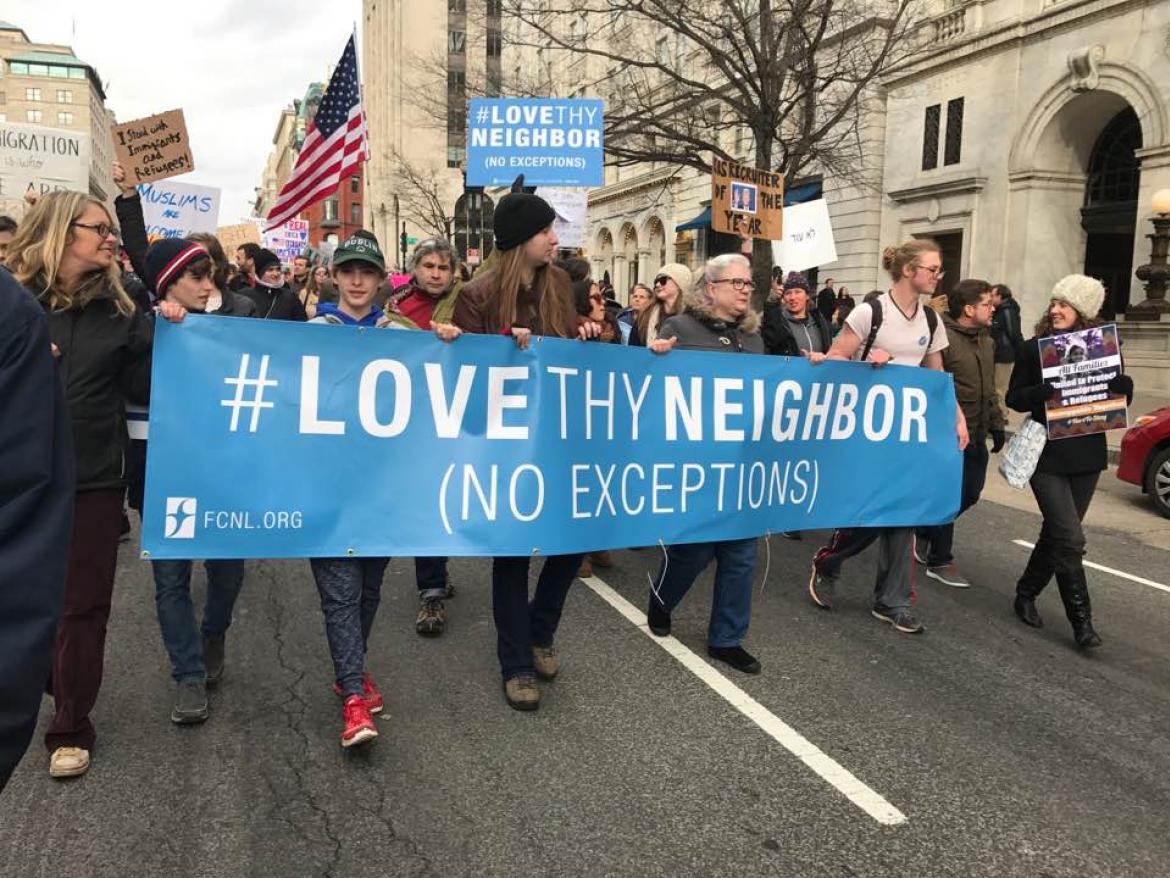 Over the course of several of interviews, I was amazed to discover the diverse causes Friends feel compelled to act on. Whether donating books to migrant families or lobbying their representatives via Zoom, they are acting with the shared experience of a group.

When someone speaks on a global issue in their meeting, Susan, who has worked with Friends in Georgia and Washington, describes how “the big thing that Quakers do is we double down and we worship more in order to really try to find the way forward.” Christine discussed how invaluable this practice is for Friends and their meetings. She noted how people are often drawn to issues based on their own lived experiences, but by “going back to the quiet, and—with each other—listening for what the very next step [should] be,” Friends can make a plan of action based on their collective discernment.

Quaker values not only guide why we act, but also how we advocate. Doug, a Friend in Washington who feels called to act on demilitarization efforts, recently brought his family to a protest at a local nuclear weapons depot. Instead of spending his time riling up the armed guards stationed outside, he invited them to an impromptu Quaker meeting outside the facility. After the silence was broken, the lead guard helped Doug’s party cross a freeway safely.

Beyond the literal interpretation of bringing worship into action, Doug’s experience speaks to a much broader component of Quaker activism: the understanding that humanity still exists within those we perceive as our adversaries. At FCNL, we often encourage advocates to tell their own stories when lobbying, and many Friends referenced it as a valuable technique. “I do think that stories make a difference,” noted Jay from Oregon, “they certainly feel good for the people hearing them who have sympathy, and most if not all of our representative’s staffers do have a great deal of empathy with what we’re saying.”

Sharing our experiences gives us a chance to connect with the common good that exists within each person. While this might feel hard to recognize in such a partisan time, it has helped the FCNL community change the minds of legislators on countless issues.

Bringing a humanizing lens to Washington may sound outlandish, but we are able to do so thanks to Quakers throughout the country. By fostering environments of hope and inclusivity on local levels, we can bring about change that is impossible alone. Whether we create these environments by hosting letter-writing parties after worship like Jay, or helping Friends with limited mobility lobby representatives over Zoom like Susan, working for change as a community helps to navigate the “icky politics” Jay cites as being all too present today.

In sharing a closing reflection, Ingrid said, “I think FCNL provides a sort of a marriage of the heart and the mind when it comes to politics that enriches politics.”

For Friends, this marriage can be draining. The heart points to the world’s injustices, while our minds agonize over paths forward. But in these times, we must ask what enrichment means. Our minds are made up by our lived circumstances, yet our hearts carry the perspectives of those we care for. When we cannot feel the fire in our own bellies, we are able to turn to our communities for a way ahead. Times of defeat can often be countered by reflecting on the strength of others, which is why I intend to take the experiences of these Quaker activists with me into the adult world.

By sharing our stories with others, we return this great favor. Even when our opinions clash with another person’s, we can make a difference by engaging with their values. It may not be easy to change minds on political issues, but hearts are constantly learning and growing. 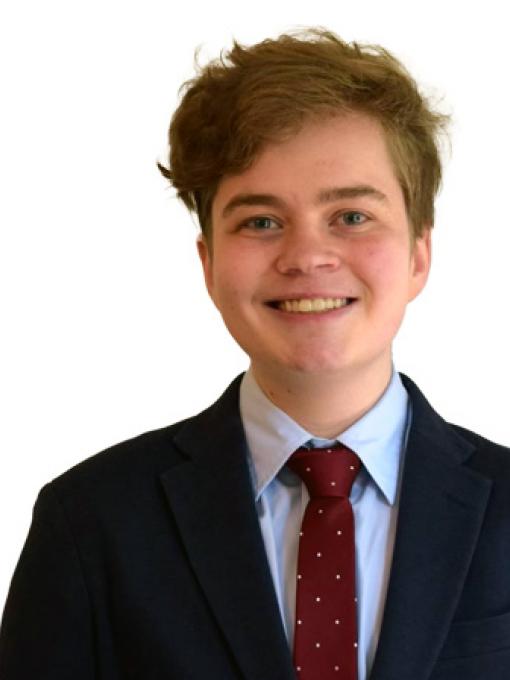 Intern, Quaker Engagement - Summer 2021
Eli Zerof was the intern for Quaker engagement. He is a second year student at the University of Chicago, studying Political Science and Public Policy.

Quaker Leaders Recommit to Work of Building Just World for All