As President-elect Joe Biden begins to name key members of his administration, he is continuing his commitment to make climate change a central focus. As special presidential envoy for climate—a newly created role—former Secretary of State John Kerry is expected to guide the United States back into the Paris Climate Agreement and recommit to global climate cooperation. In December, Biden is expected to name Kerry’s domestic climate policy counterpart.

Biden also nominated Janet Yellen to serve as his treasury secretary, and she is expected to contribute to the president-elect’s climate agenda. Yellen has previously supported a price on carbon.

FCNL welcomes the president-elect’s efforts to re-engage with the international community. 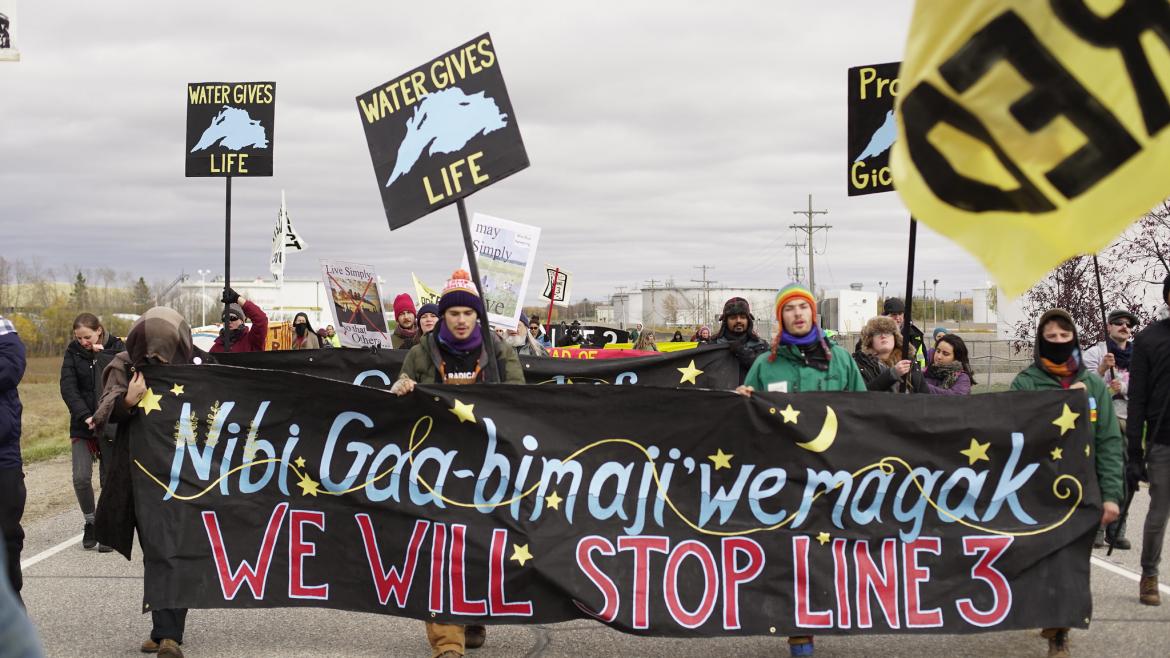 After receiving final permit approvals, the energy company Enbridge has begun construction on the Line 3 pipeline in Northern Minnesota. The pipeline expansion project will transport tar sands from Canada. Enbridge is hoping to complete construction in the next six to nine months. There are several lawsuits opposing construction of the pipeline—including ones led by tribes, youth, and the Minnesota Department of Commerce—that will make their way through the courts in the coming months.

FCNL opposes the construction of Line 3 and calls on President-elect Biden to prioritize a stay on construction in his first days in office.

Trump Administration Sets Date for Lease Sales in Arctic National Wildlife Refuge
The Trump administration has scheduled a lease sale on Jan. 6, 2021 for oil and gas drilling on the coastal plain of the Arctic National Wildlife Refuge (ANWR)—land that is home to the Gwich’in people. In response, conservation and tribal groups have filed lawsuits challenging the administration’s environmental reviews. FCNL joins the Alaska Friends Conference in opposing the proposed oil exploration and development.

The Environmental Cost of War and Armed Conflict
To reduce harm to our climate and preserve natural resources, the United States must consider the impacts of military activity. These include the release of greenhouse gas emissions, the use of cluster munitions, and our legacy of nuclear testing. FCNL’s Michelle Fujii and I explored this intersection in depth in a recent article.

Anniversary of Paris Climate Agreement Renews Calls for a Return to Climate Leadership
Dec. 12 will mark the fifth anniversary of the Paris Climate Agreement, and many countries are expected to announce tougher climate goals. FCNL joins faith partners in calling on President-elect Biden to not only rejoin the Paris accords, but also to increase the United States’ Nationally Determined Contributions (NDCs) in recognition of the scale of the climate crisis.

Constituent Spotlight
Thank you to everyone who joined us at FCNL’s Annual Meeting and Quaker Public Policy Institute, Nov. 13-17. More than 65 people attended our “Wonk Talk” and “Lunch with a Lobbyist” sessions. It was great to see so many familiar faces over the course of the event. We look forward to working with you all in 2021!