The Trump administration finalized plans to open up 1.56 million acres of the Arctic National Wildlife Refuge for oil and gas development. Secretary of the Interior David Bernhardt hopes to sell leases for development by the end of the year.

Once a lease is sold, it is difficult to reverse the action. However, it is unclear how much interest there will be in lease sales. Several big banks, such as Goldman Sachs, Wells Fargo, and JPMorgan Chase, have said that they will not directly finance any oil and gas drilling in the Arctic. Furthermore, environmental and Indigenous groups have filed lawsuits in an effort to block lease sales.

Senate Democrats on the Special Committee on the Climate Crisis released a report on Aug. 25 with recommendations to comprehensively address climate change. The report calls for net-zero emissions by 2050, a market mechanism to fully decarbonize the economy, and investments to boost low-income communities and communities of color.

President Trump announced several executive orders concerning coronavirus-related relief in early August. One of the orders, which would boost unemployment insurance benefits, will have 75% of its funding come from the Federal Emergency Management Agency’s (FEMA) disaster relief fund.

The past few weeks have brought multiple climate-exacerbated events, such as hurricanes, wildfires and extreme heat. Siphoning crucial funding away from FEMA’s disaster relief fund when thousands of Americans are dealing with dangerous conditions is reckless.

Sen. Durbin Introduces Carbon Pricing Bill
Sen. Dick Durbin (IL) introduced the America’s Clean Future Fund Act on Aug. 7. This legislation would implement a carbon price that starts at $25 per metric ton and rises $10 per metric ton each year. The bill would also provide for energy transition assistance, create a Climate Change Finance Corporation, and introduce a rebate for low- and middle-income Americans.

Racist Redlining Practices Lead to Heat Islands
Formerly redlined neighborhoods, which often remain lower-income and are more likely to have Black or Hispanic residents, are on average five degrees Fahrenheit hotter in the summer than white neighborhoods. These inequalities will continue to be exacerbated by climate change.

No Fossil Fuel Bailout
FCNL has created a new leave-behind document for advocates working to ensure that Congress doesn’t bail out fossil fuel companies in COVID-19 relief legislation. Learn how to set up a virtual lobby visit and make your voice heard in the halls of Congress.

Welcome Mariah and Goodbye to Alicia!
We welcomed Mariah Shriner to FCNL this month as the new program assistant for sustainable energy and environment. Mariah helped out with this issue of Inside the Greenhouse, and she will be taking it over completely starting in October. She joins FCNL after a year with the Quaker Voluntary Service (QVS), where she served as volunteer coordinator at the Oregon chapter of the Sierra Club. Thank you to all those who made my time with FCNL so special!

Constituent Spotlight
FCNL partnered with the Environmental Defense Fund to host a constituent roundtable with Rep. Brian Fitzpatrick (PA-1) this month. Check out the highlights. 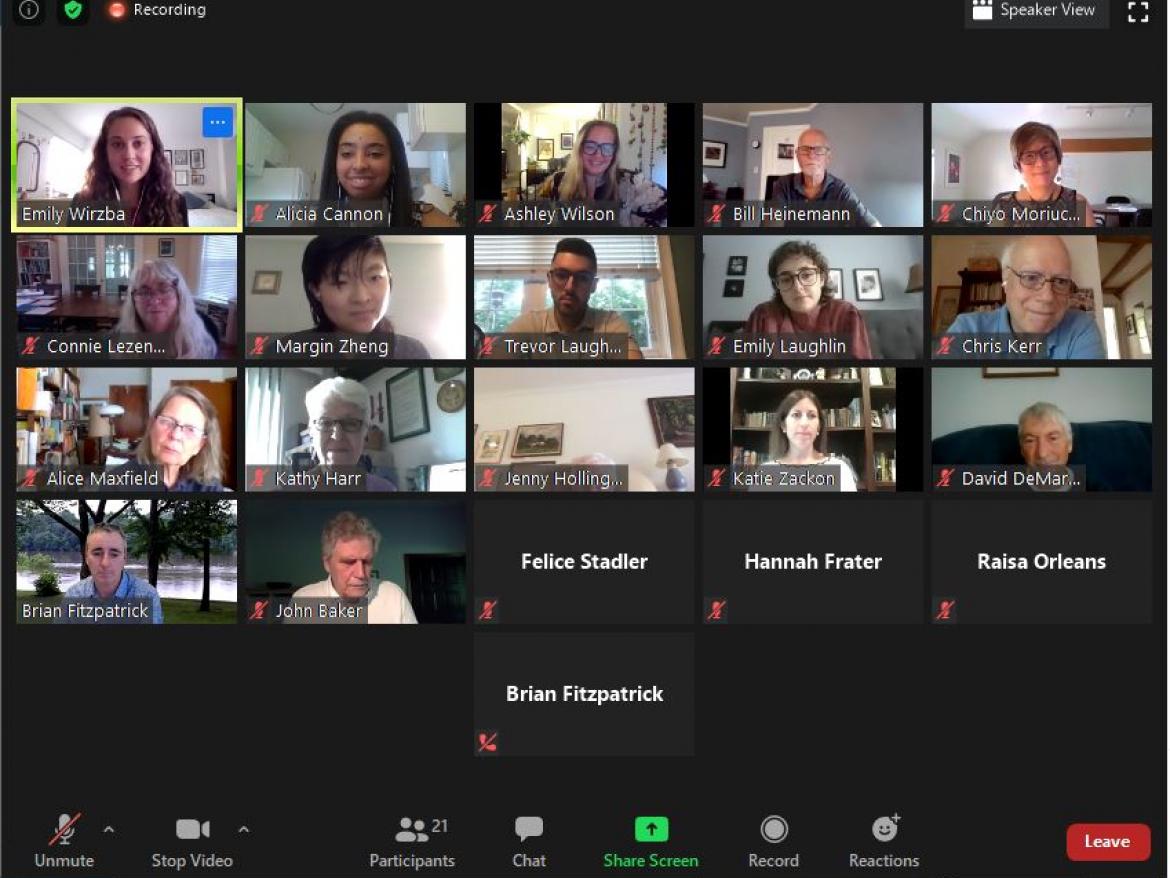 The Biden Administration Underscores Commitment on Climate in Budget Proposal