As organizations that are part of the Religious Society of Friends (Quakers) we are deeply concerned about the threatened Israeli annexation of parts of the West Bank. Such an action would violate international law, formalize land theft, further entrench inequalities and the denial of Palestinian rights, intensify human suffering, and make realizing a just and lasting peace more difficult.

For nearly 150 years Quakers have maintained close ties and relationships with the people living in what are now Israel and the occupied Palestinian territory. These connections began with the establishment of a Quaker Meeting and school in Ramallah in the late 1800s, grew as Quakers worked with both Palestinians and Jews displaced and impacted during the 1948 war, and thrive today through educational, peacebuilding, and human rights work that continues on the ground.

As Quakers we are guided by our commitment to the principles of truth, integrity, equality, and peace. It is these values that lead us to speak out and to call for concrete and effective action to both oppose annexation and to counter the ongoing denial of Palestinian rights. Over the last decades we have seen systems of government, law, and military control that privileges the rights of Jewish Israelis over Palestinians develop and become entrenched in Israel and the occupied Palestinian territory.

As Quakers we are guided by our commitment to the principles of truth, integrity, equality, and peace.

We have witnessed inequalities deepen. Palestinian land is confiscated and given to Israeli settlers. Palestinian access to natural resources, water, and agricultural land is restricted while Israeli citizens and companies benefit from these resources. Settlements, checkpoints, land confiscation, and the Wall have all resulted in geographic, social, and political fragmentation that limit Palestinian development and life.

Annexation would make permanent this system of inequality and would deny justice to Palestinians whose rights have already been violated. Further, the Israeli government has said that it will not give citizenship to Palestinians living in areas that it annexes. While a two-tiered system of rights already exists in the occupied Palestinian territory, an annexation process that took land without granting rights to those living on that land would add yet another level of discrimination onto the existing system.

Annexation also violates international law. Article 2 of the UN Charter and customary international law prohibit the acquisition of territory through threat or use of force. The transfer of civilians of the occupying power into an occupied territory and the appropriation of property by an occupying power that is not justified by military necessity are also both grave breaches of the Fourth Geneva Convention.

Annexation would make permanent this system of inequality and would deny justice to Palestinians whose rights have already been violated.

International law, including the prohibition on gaining territory through force, helps build peace by giving clear instructions on how states and people should treat each other. We believe that there will be stronger adherence to international law, and the peaceful world relations it seeks to promote, if it is consistently applied and there is accountability for those who transgress it.

Because the Israeli military already controls the areas that it has said it will annex, annexation will not significantly shift power dynamics on the ground, but it will have significant impacts on the rights and lives of the Palestinians who live or own land in annexed areas. Annexation may result in:

We recognize that realizing a just and lasting peace that respects the rights of both Palestinians and Israelis will not be easy, but positive change will not come through unilateral actions that exacerbate inequality and violence. Annexation of Palestinian lands in the West Bank is illegal, unwise, and morally wrong. We call upon the State of Israel to abandon its threats and plans to carry out this calamitous act, and we urge Israel’s partners and friends in the international community to take a clear and unambiguous stand against annexation.

Instead of unilateral actions that reinforce the current, unacceptable status quo, what is needed are commitments and actions to provide dignity and equality to every human being, promote respect for human rights and the rule of law, and create the basis for peace. Towards this end, we encourage Quakers around the world to:

Seeing Israel's Occupation Through the Eyes of Palestinian Students 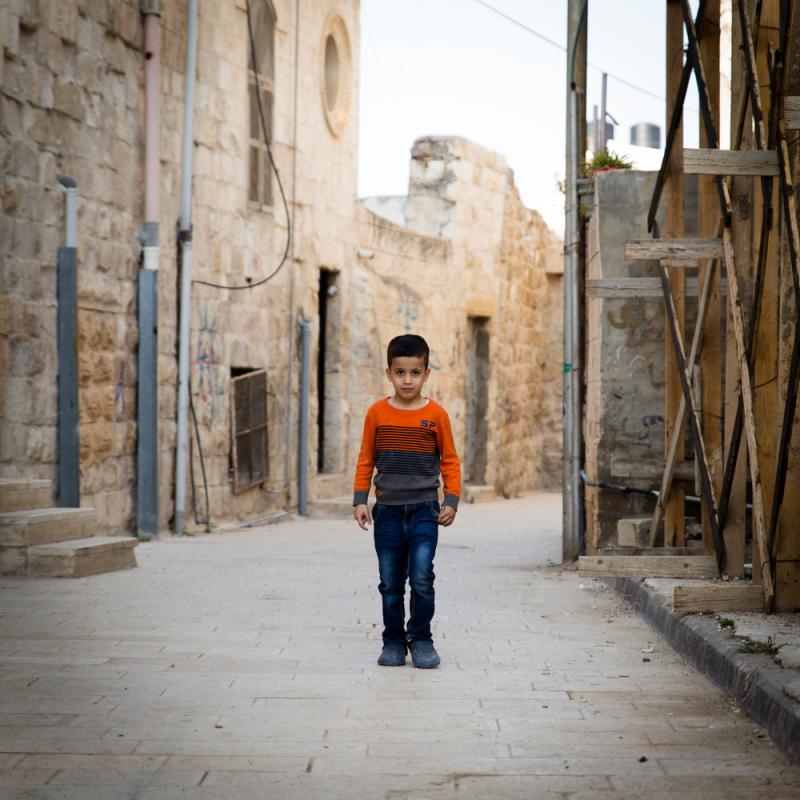