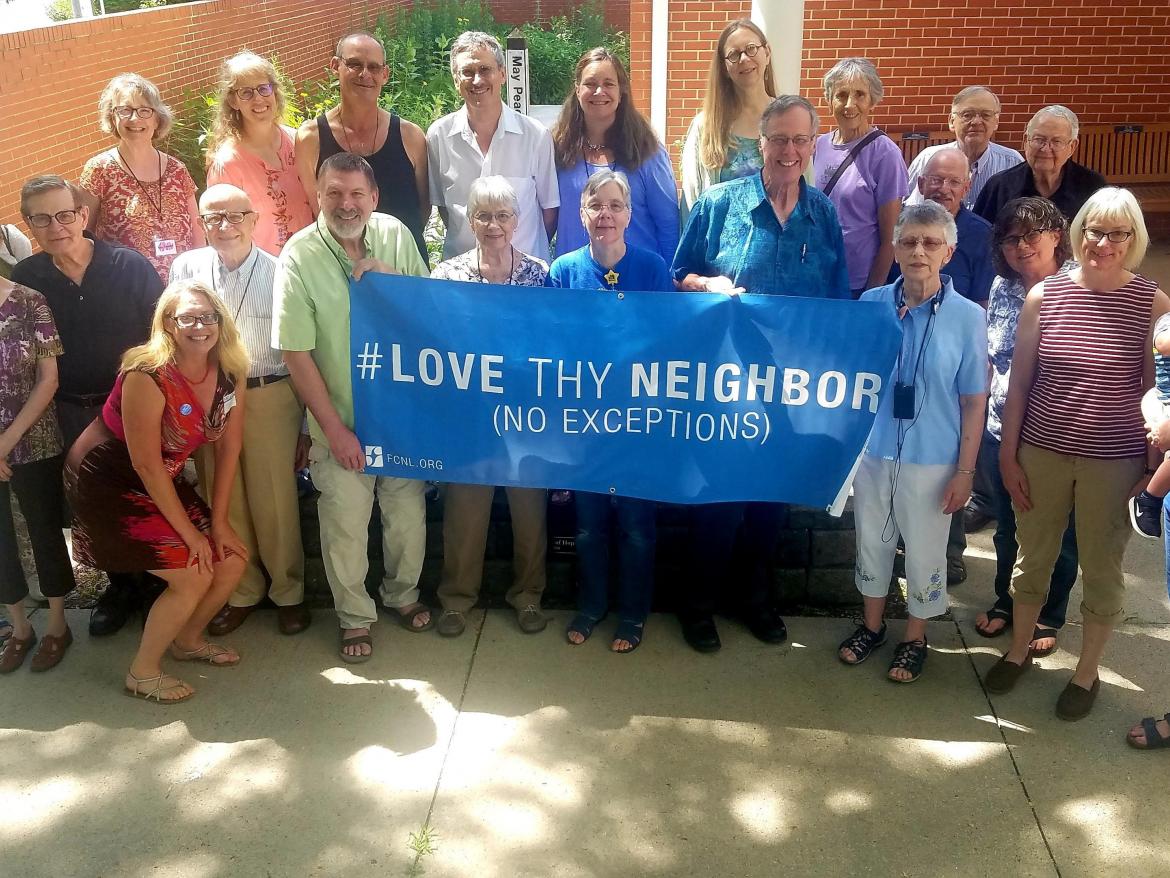 When I came to FCNL in September of 2015, I knew that there were many things to be absolutely furious about: economic and racial disparities, our unjust system of mass incarceration, and a grossly overfunded military industrial system.

”Stepping forward is often an individual act. But the presence of a community that recognizes this calling and is willing to test it and support it when it is time to act is invaluable.”

In 2014 and 2015, I opened my heart during many a meeting at the old Hickory Grove Friends Meeting House at Scattergood Friends School and pleaded, “May I be well used.” I wept. I strived to become aware of my ignorance, blind spots, and privilege. I organized a climate conference on campus with FCNL’s climate lobbyist José Aguto, local Quaker activists and Rep. Rob Hogg. Students and I took direct action on the Iowa City pedestrian mall, and we also repurposed Scattergood’s peace walks in the 70s as 12 mile climate walks with state climate actors and students.

It was during this time of prayer that I found FCNL. I was introduced to a Young Fellow named Hannah Graf Evans, the eloquent and dynamic Jim Cason, and the powerful Diane Randall. These folks helped me find a space where I could keep good company and work for a world we seek. I found Way forward to support my faith and practice in and of the world.

As I heard Bayard Rustin’s call for “angelic troublemakers” resound in my heart, I accepted that I could act and grow and engage, even as a flawed Friend who wanted to be of use. I was welcomed into this 77-year-old Quaker organization. I am so grateful to have become part of the vision and evolving story, allowing F(f)riends and Congress to connect and make spaces for change in beautiful and powerful ways. Today’s world needs all of us to show up. 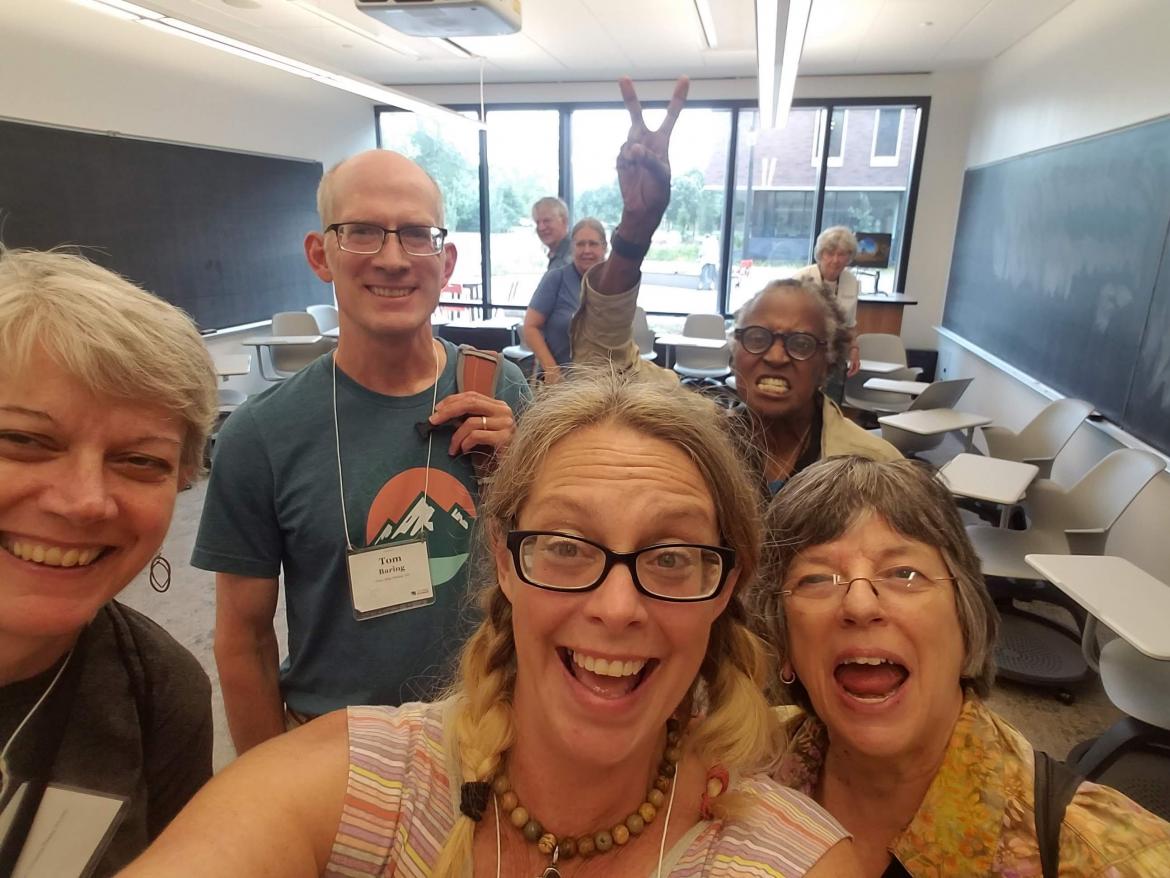 Isaac Penington writes, “In that which is begotten of God, there is not a hastiness or suddenness to determine; but a silent waiting on the Lord in subjection, till the life speak, and make things manifest.”

This quote really helped me back in January and February when I was in the hospital experiencing pneumonia, renal failure, and a resultant lung surgery. I was often alone and quiet, and I could observe my body and mind’s ability to shift from illness to recovery.

I received the loving support of family, Friends, and FCNL during these months. And it was these Friends and family who helped me discern my May 15 departure from FCNL as your Quaker Field Secretary. I am so grateful to have spiritually grown and to have been enlivened by working with Friends. I have a few special markers of grace to share:

I am grateful for the many ways that we are living through this moment with one another. Walking the path of the Quaker Advocate with you gives me hope each day.

Wise as Serpents, Innocent as Doves

Two Viewpoints: Why I Advocate