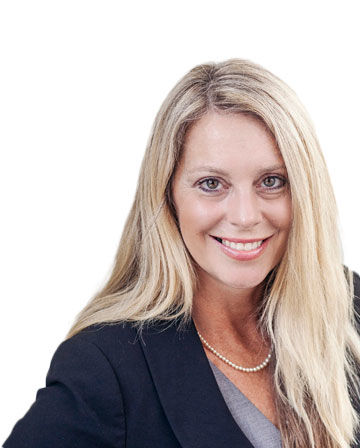 Christine participates in monthly and yearly meetings and churches throughout the country, as well as connecting Friends to the myriad of ways Faith and Practice may meld in to daily life.

Christine came to FCNL after having served over 15 years as a Quaker educator. Most recently, Christine was Scattergood Friends School’s Head of School in West Branch, Iowa. Her work in Quaker education also includes Thornton Friends Middle School as principal, and Thornton Friends Upper School (MD) as dean of students. Christine’s interest in contemplative education began during her undergraduate years at Vassar College where she received a BA in Religion with a concentration in Tibetan Buddhism.

Christine spent a year learning Tibetan and researching the integration of traditional medicine and Buddhist practice. After being awarded the Maguire Fellowship from Vassar College, she lived two years in Yogyakarta, Indonesia where she taught at IKIP Sanata Dharma, a teacher’s college. Christine spent an additional 5 years living, working, and volunteering in Southeast Asia, including Singapore, India and Sri Lanka. Upon returning to the United States, Christine pursued graduate studies in International Education at the University of Massachusetts-Amherst.

Christine is an avid reader, traveler, and adventurer. She is the proud mother of five children and two dogs, and she loves hiking, camping and participating in the arts. Christine is a member of Whittier Friends Meeting (IYMC).

In April, 225 Friends gathered online for the event, “The Future of Quakers.” The conversation focused on several queries, including what Friends have to offer during this pandemic and how inward transformation can grow prophetic ministries.

The COVID-19 pandemic couldn’t stop thousands of Quakers from conducting business with FCNL this March and April. 215 Meetings and Churches, as well as Yearly and Quarterly Meetings, chose to center their first virtual meetings for business on discerning FCNL’s legislative priorities for the 117th Congress.

Event Peace in Our Hearts, Justice in the World ›

FCNL staff and friends are bringing Quaker Advocacy to Grinnell College and Friends General Committee June 30-July 6, 2019. We hope to see you, if you are in town for the day or at the gathering for the week!

Background The Power of Our Witness ›

At the Quaker Welcome Center, we regularly see how the stories and connections of Friends are helping to make change on Capitol Hill.

Background My Hunger Story is No Longer Hidden ›

It took 20 stories before I had the courage to tell my story of hunger, of feeding my child as a single mother. It was the first time in 22 years that I told my story.

Event A Friend in Washington explores art, faith, and advocacy at FCNL  ›

Friends Committee on National Legislation joyfully joins Friends from meetings and churches around the world to celebrate World Quaker Day on Oct. 7.

When I arrive at the FCNL office, I always stop for a moment before entering the building, just to read the banner hanging from the outside our building: #lovethyneighbor (No Exceptions).

Background Courage as a Spiritual State of Being ›

A recipe for loving your neighbor

A few days ago, 27 pastors and spiritual directors from 14 states visited the Quaker Welcome Center for a two-hour conversation about how our work at FCNL, as Quaker advocates, is an example of tradition and innovation. Specifically, we explored together the question, “How do we cultivate and nurture courage as a spiritual state of being, and take that out in to the world?”