Since President Trump signed the first harmful executive orders on immigration in January 2017, the FCNL network has urged Congress to stand in the way of these proposals by refusing to fund them. Together, we have built out bipartisan and multi-caucus support for Congress in support of this goal.

When the administration took millions of dollars designated to help disaster victims and used it to detain more people and turn away asylum seekers, we raised the alarm and stopped Congress from bailing out this unaccountable expansion. When President Trump declared a “national emergency” to unilaterally free up billions of additional dollars to extend the border wall, FCNL urged Congress to vote to revoke the emergency declaration. It did; but President Trump vetoed their attempt. Twice.

A sticking point in negotiations

FCNL remains committed to working for reduced spending, use of detention, and border militarization.

Our collective advocacy held up the fiscal year 2020 (FY20) spending negotiations for months as congressional champions pursued our shared goals. Some members doubled down on seeking to cancel the president’s ability to expand the border wall and detention beyond what was included in the FY2019 bill. Others spoke out against the ever-increasing budgets of the agencies responsible for child deaths, migrant abuse, and use of lethal force.

We urged members of Congress to consider true humanitarian solutions and walk back the historic levels of enforcement spending. Yet, despite a well-documented record of inhumane detention practices and border enforcement, Congress just re-allocated billions to these very same agencies. The president will spend even more. 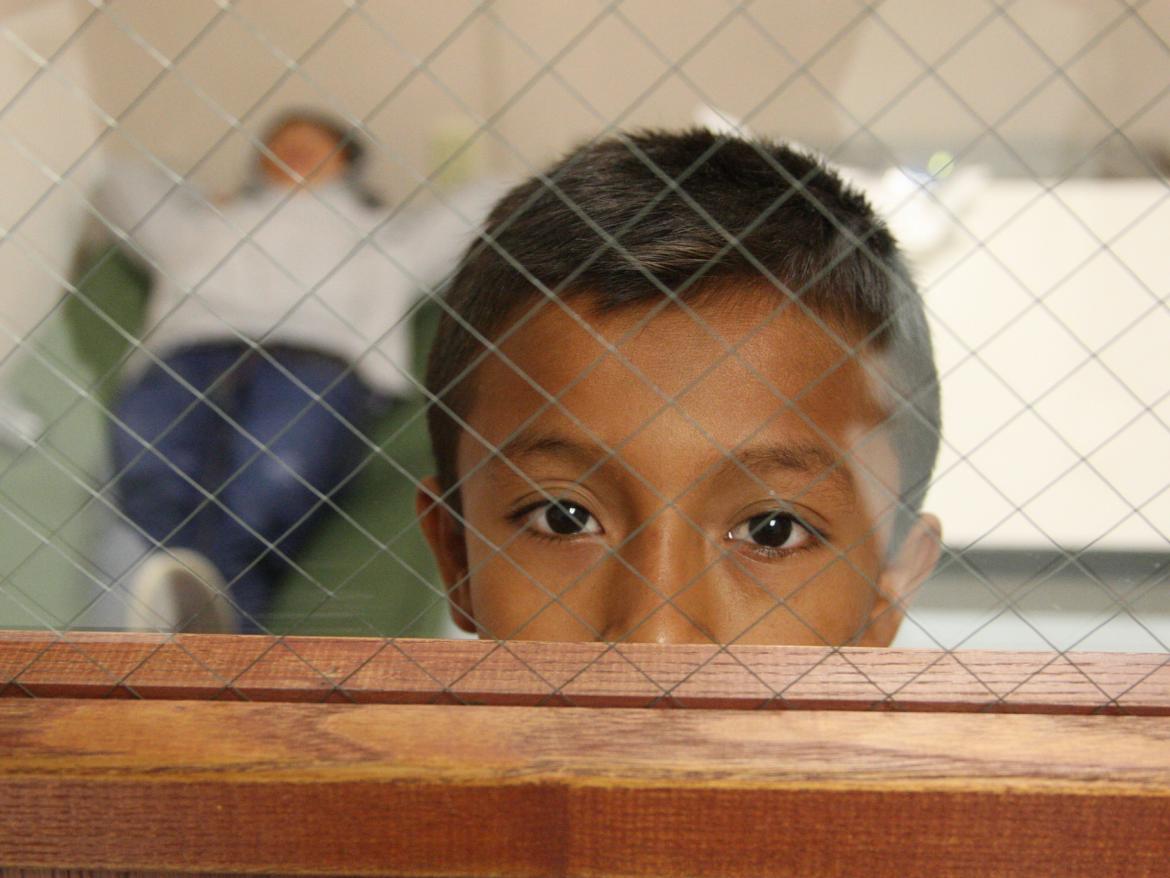 What did the spending bill include?

The Department of Homeland Security (DHS) spending bill for FY20 allocates enough money to keep 45,274 people in detention every day. And yet, the administration has habitually spent more than this amount on immigrant detention, at the expense of other agencies and communities. The spending bill does not prevent the administration from moving money into detention, as it has done for the past few fiscal years.

Congress funded $1.375 billion for physical barriers – the same level as last year. This is in addition to the $6.7 billion that President Trump siphoned off from other accounts under the national emergency declaration. While court cases have placed indefinite holds on a portion of the stolen money, the U.S. is building a wall in all four southern border states. The spending bill places fewer restrictions on where the wall can and cannot be built. Walls are immoral and costly, damage ecosystems and economies, and do not deter migration.

Some Good News: Oversight and Accountability

We believe our members of Congress should engage at every opportunity to inject our values into the spending debate.

While we oppose the spending bill’s increases in enforcement funding, we are pleased that it significantly expands oversight and accountability mechanisms for Immigration and Customs Enforcement (ICE) and Customs and Border Protection (CBP).

The bill creates a new Detention Ombudsman position within the department, who will report to the Secretary of Homeland Security. It also requires public reporting about who is in detention and what access they have to legal help and medical care. The bill recommends that the U.S. expand its use of alternatives to detention.

We look forward to working with congressional staff and partners to ensure that Congress is doing due diligence to protect beloved members of our community and prevent their mistreatment in federal custody.

These issues will be at the heart of negotiations for fiscal year 2021, which will kick off in February with the release of the president’s budget request.

FCNL remains committed to working for reduced spending, use of detention, and border militarization. We believe our members of Congress should engage at every opportunity to inject our values into the spending debate. And our movement is building. However, until we see significant reductions in the sum of money allocated in these areas, we still have work to do to build a just immigration system.