Afghanistan. Iraq. Syria. Yemen. Somalia. Libya. Niger. And those are just the places where the U.S. officially admits it is currently fighting wars.

FCNL has made it a top foreign policy priority to bring a halt to the endless and ever-expanding wars around the globe, starting by repealing the 2001 and 2002 Authorizations for Use of Military Force (AUMF). 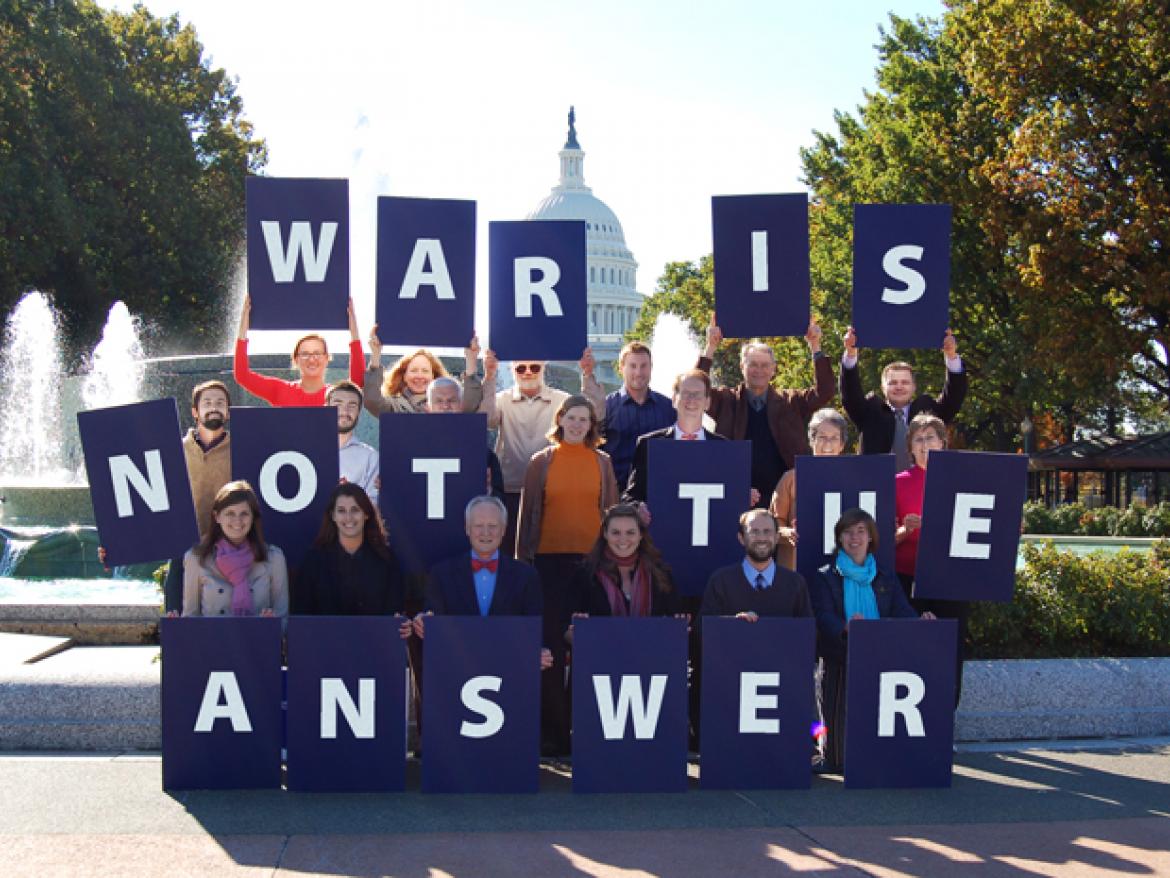 According to public records, the 2001 AUMF has been used to justify counterterrorism operations in at least 19 countries. Congress has allowed these operations to continue without a vote or meaningful oversight. Now, finally, members are beginning to change course and reassert their constitutional authority over issues of war and peace.

Over the summer we saw major successes: the House of Representatives approved amendments to repeal both the 2001 AUMF, which has been used as a blank check for endless war, and the 2002 AUMF, which authorized war against Saddam Hussein’s Iraqi regime. The House also voted to prevent war with Iran and to end U.S. participation in the Saudi-led war in Yemen. The fate of these critical measures will be decided by House and Senate negotiators by the end of 2019.

We need you to insist that these amendments make it into law.

Join hundreds of Friends in Washington for the Quaker Public Policy Institute to ensure your members of Congress take back their power to stand up against these endless wars.

Support Repeal of the 2002 Iraq AUMF

New Legislation Offers Opportunity to Address 2001 Authorization for Use of Force, Amid Fears of War with Iran

Is the White House Plotting an End-Run Around Congress Into Iran?