To examine these and other important questions though a nonpartisan lens, a panel of experts was assembled to discuss executive-legislative relations, constitutional war powers, and the applicability of the 2001 AUMF to future conflicts. Heather Brandon-Smith, FCNL’s legislative director for militarism and human rights, was one of three legal scholars from across the ideological spectrum who was invited to testify.

Watch the discussion on C-Span. 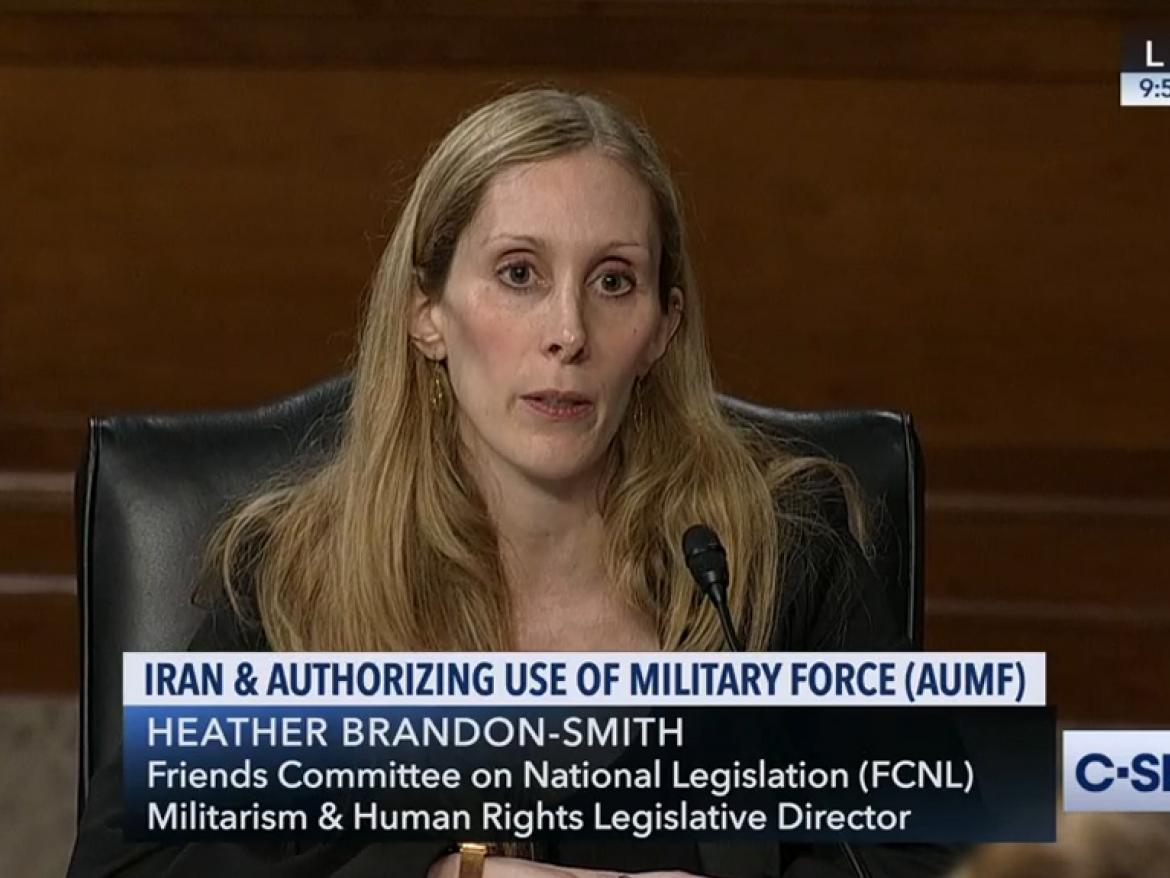 The event was hosted by the Charles Koch Institute and featured: - Stephen Vladeck from the University of Texas’s School of Law - Gene Healy of the Cato Institute - Heather Brandon-Smith of FCNL and Georgetown Law

End the Blank Check for War