End U.S. Complicity in the Yemen War and Blockade

By Hassan El-Tayyab | June 8, 2022
As lawmakers move to end US complicity in the Saudi-led war, warring parties take a stab at peace.
Inkstick

Quaker Lobby Urges End to US Support for Yemen War

By Timothy McHugh | June 1, 2022
FCNL applauded yesterday’s introduction of a Yemen War Powers Resolution to end our involvement in the Saudi-led war in Yemen.

By Emma Hulbert | May 8, 2022
There is a glimmer of hope in the effort to end the war in Yemen. On April 1, a two-month Ramadan truce took effect. While the ceasefire has not entirely held, several fuel ships have finally been allowed into Yemen, and there are discussions of flights taking off from Sanaa airport for the first time in years.

Some Rare Good News in a Ravaged World: A Truce in Yemen 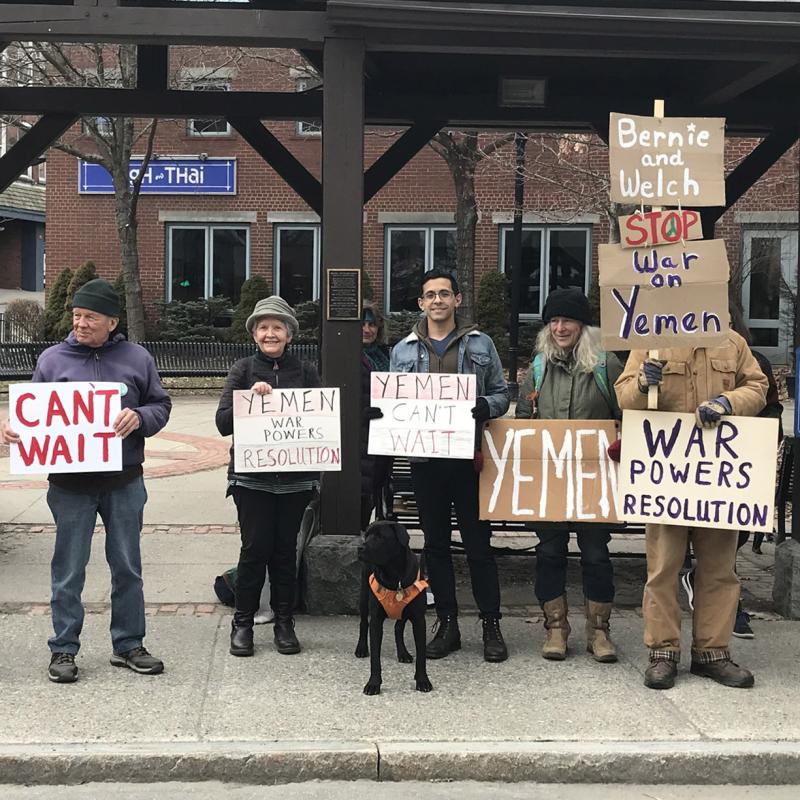 The Saudi-led war in Yemen has created the worst humanitarian crisis in the world. It’s past time for the United States to end its complicity in this tragedy.