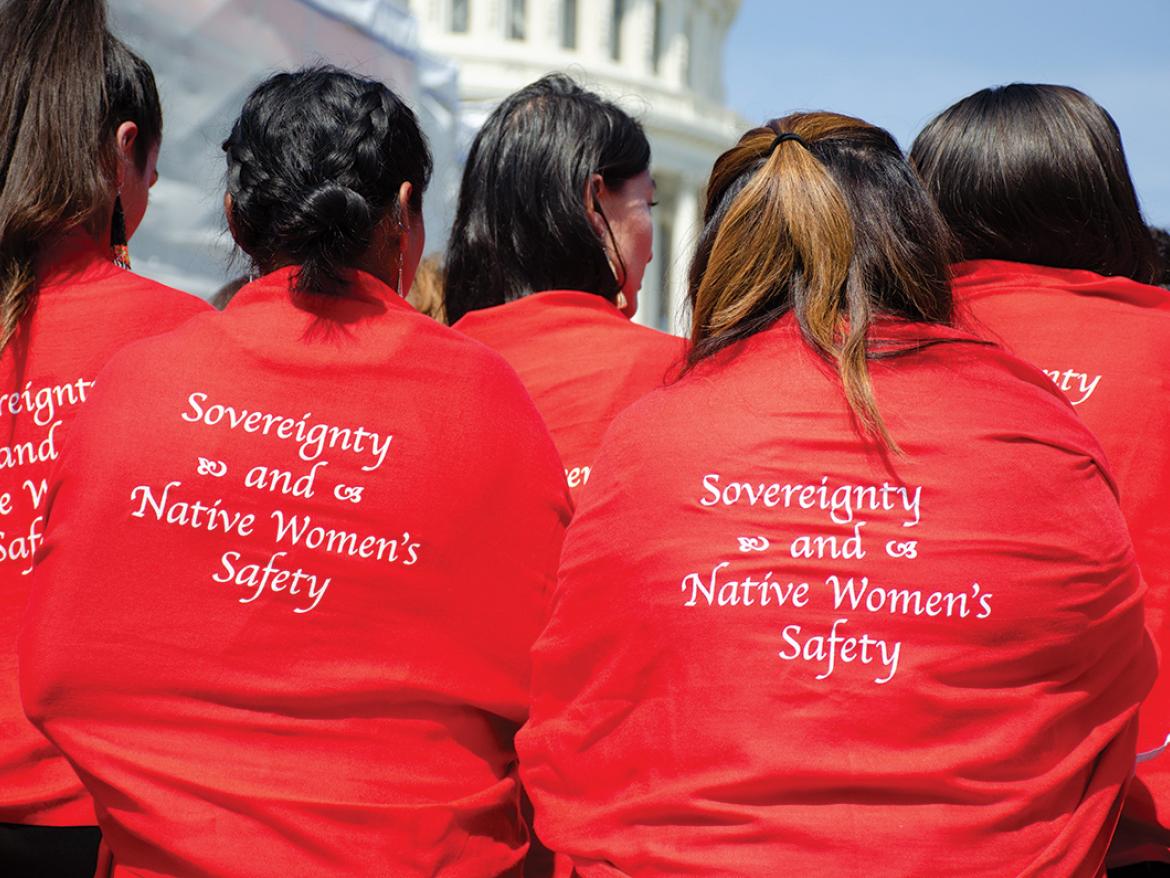 The election of the first two Native American women to Congress, the appointment of Deb Haaland (Laguna Pueblo) as secretary of the interior, and the proposals to direct billions of dollars to Indian Country are all positive signs of change in 2021.

One of our top priorities is legislation to address the crisis of Missing and Murdered Indigenous Peoples.

In our advocacy of Native American issues, FCNL follows the priorities set by Native groups. As a result, one of our top priorities is legislation to address the crisis of Missing and Murdered Indigneous Peoples (MMIP). The crisis originated during settler contact and continues to plague Indian Country. Awareness and outreach efforts by survivors, their families, advocates, and tribal communities have made a difference over the years.

The National Crime Information Center recently reported that approximately 1,500 American Indian and Alaska Native missing persons have been added to its database. In addition, 2,700 cases of murder and nonnegligent homicide offenses have been reported to the government’s Uniform Crime Reporting Program.

Within the first 100 days of the Biden Administration, Secretary Haaland created a new Missing and Murdered Unit in the Bureau of Indian Affairs’ Office of Justice Services. The unit provides guidance and coordination for cross-departmental and interagency work addressing MMIP cases.

This was followed by President Biden declaring May 5 as Missing and Murdered Indigenous Persons Awareness Day. The president also committed to working with tribal nations in addressing the MMIP crisis, resolving cases, and confronting the underlying causes.

Legislation addressing the crisis—like Savanna’s Act and Not Invisible Act—were signed into law in October 2019 and are currently in varying stages of implementation. Even when fully implemented, key pieces of this legislation often need to be re-authorized every few years or may need additional bills to strengthen it.

You can find the rest of the September/October Washington Newsletter, including the rest of this article, in the sidebar to the right.

The Missing and Murdered Indigenous Peoples Crisis: Progress in Congress

Viewpoint: Inspired by the Possibility of What Could Be