What Does the Nuclear Weapons Ban Mean for the U.S.?

The U.N. General Assembly's first ever resolution was on the establishment of a Commission to Deal with the Problems Raised by the Discovery of Atomic Energy. Since then, the United Nations has contributed substantially to promoting nuclear disarmament diplomacy and creating several treaties that are steps toward that goal.

When fifty countries ratify the TPNW, it will enter into force ninety days later. This means that nuclear weapons could be banned by international law by February 2021.

The latest and most ambitious of these, the Treaty on the Prohibition of Nuclear Weapons, would ban nuclear weapons outright (and so is colloquially known as the nuclear weapons ban treaty). The TPNW was opened for signature in 2017, has steadily gained support, and with Jamaica and Nauru’s ratifications today it now has 49 of the 50 states parties required. When it receives one more ratification, the TPNW will become legally binding for all participating states and a powerful symbol of humanity’s rejection of nuclear weapons.

Nuclear Disarmament and the United States

However, the United States continues to spend billions of dollars annually on its nuclear weapons and has withdrawn from multiple international security agreements relating to nuclear arms control including, the 1972 Anti-Ballistic Missile Treaty, the 1987 Intermediate Nuclear Forces Treaty, and the 2015 Joint Comprehensive Plan of Action (also known as “the Iran nuclear deal”), and did not ratify the 1996 Comprehensive Nuclear-Test-Ban Treaty, remaining an obstacle to that agreement’s implementation.

Impact of the TPNW on U.S.

The 75-year nuclear narrative constructed by the United States is challenged by the growing international consensus that nuclear weapons are inhumane and must be abolished.

The TPNW’s implementation would send a loud signal that an increasing number of the world’s governments understand nuclear weapons to be illegal. So far, no NATO members or other close U.S. allies like Australia, Japan, or South Korea have joined the treaty. However, this doesn’t mean these countries cannot join the treaty, possibly requiring the United States to take steps to comply with TPNW restrictions. U.S. security relationships could change, including “nuclear umbrella” arrangements, and as the only country that deploys nuclear weapons in foreign countries, the United States could become more limited in where it can store nuclear weapons.

When fifty countries ratify the TPNW, it will enter into force ninety days later. This means that nuclear weapons could be banned by international law by February 2021. There is a reason why the current administration is now urging countries to withdraw their support of the treaty. And that is because the 75-year nuclear narrative constructed by the United States is challenged by the growing international consensus that nuclear weapons are inhumane and must be abolished. 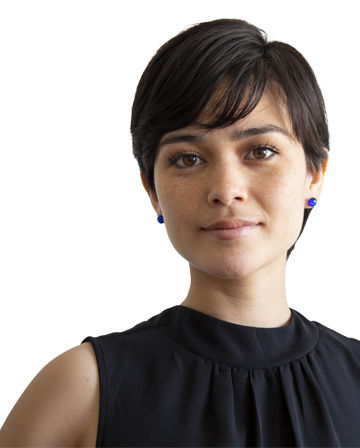