Too Many Guns, Too Many Children Killed

Earlier this spring, I went to Hartford, CT, to give testimony on gun violence prevention bills and to support others doing the same. There was a diverse crowd ranging from gun safety advocates to “open carry” groups. I was there to advocate for laws I believe would reduce injuries and death by guns.

What caught my attention was the usual airport-like security checks entering the Capitol. Perhaps no surprise; guns were not actually allowed in the building. This is because those same lawmakers who openly support gun lobbyists know how dangerous it would be to allow guns in their workplace—despite Connecticut being an open carry state. 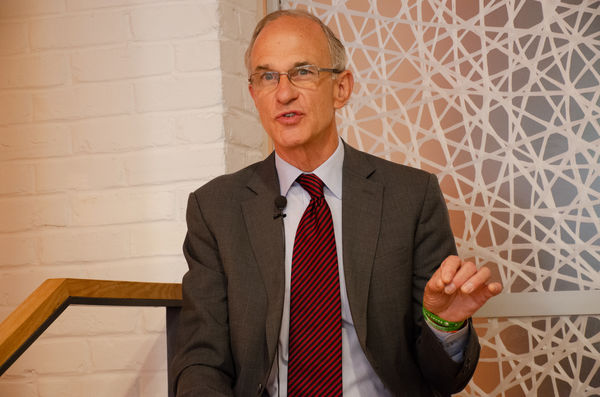 So, at a time when guns are to blame for countless injuries and deaths at schools, houses of worship, newsrooms, nightclubs, festivals, and movie theaters, those who determine our ability to access and use them can work without the fear of an armed person committing a mass shooting. Our children should be so lucky.

Instead, we the people—especially our children—bear the burden of underregulated guns in America. In fact, we Americans are 25 times more likely to be killed by guns than people in other rich nations.

A recent medical study revealed that eight children are killed by guns in the United States daily and firearms are second only to car accidents as the leading cause of death among young people. Recently, two students in Colorado and North Carolina gave their lives to save their classmates and end further violence. The gun lobby and conservative lawmakers often call for more guns, not fewer, to “ensure our safety.” But for all the talk about the “good guy with the gun,” we are being saved by unarmed children laying down their lives because our legislators are not stepping up to sensible action to prevent the wrong people from having guns. This has to change.

My own nephew, Daniel Barden, bore this same burden in his first grade classroom at Sandy Hook Elementary. He never saw his eighth birthday.

Gone are the days when seeing atrocities play out on the news could be chalked up to “something horrible that happened far away.” Gun violence in America erupts everywhere from Newtown to Orlando, from Las Vegas to Charleston, from cities to small towns.

I met a mother from Bridgeport, CT, who lost her younger son, 19, to a street shooting. I asked her what the most important issue is to fix. She replied, “Too many guns, there’s just too many guns.” Guns have infiltrated our society. A huge factor is that gun industry groups like the NRA and the National Shooting Sports Foundation (NSSF) want to normalize that we are surrounded by guns. Well, it is not normal. Nor is it sensible or reasonable.

We need to demand more. It is unacceptable for lawmakers to tweet their prayers and sympathies from the safety of their gun-free, metal detector-equipped, secure offices after each mass tragedy occurs outside their locked doors. This is a blatant demonstration of their willingness to sacrifice our children to protect the gun industry. But until more of us hold our lawmakers accountable, our children will not be safe in schools or any public space.

Will lawmakers listen to you? In the most recent elections, we witnessed (and believe me, the politicians saw this, too!) candidates with gun violence prevention platforms get elected. It’s time for concerned citizens—parents, community leaders, teachers, voters—to get active, pressure lawmakers, align with sensible gun owners, and build a community that is safe for our children.

This article was originally published on May 28 as “Our Children Bear the Burden of Too Many Guns” by the Hearst Connecticut Media Group. Peter D. Murchison serves as co-chair of the ministry and oversight committee of the Wilton Quaker Meeting in Connecticut. Since losing his nephew in the Sandy Hook Elementary School massacre in 2012, he has been advocating for gun violence prevention.