The Senate Armed Services Committee Wants to Speed Up a Return to Nuclear Testing. That’s a Terrible Idea.

Behind the closed doors of a secret Senate Armed Services Committee markup last week, Sen. Tom Cotton (AR) introduced an amendment, which passed on a party line vote, to provide funding to speed up a possible return to nuclear testing. 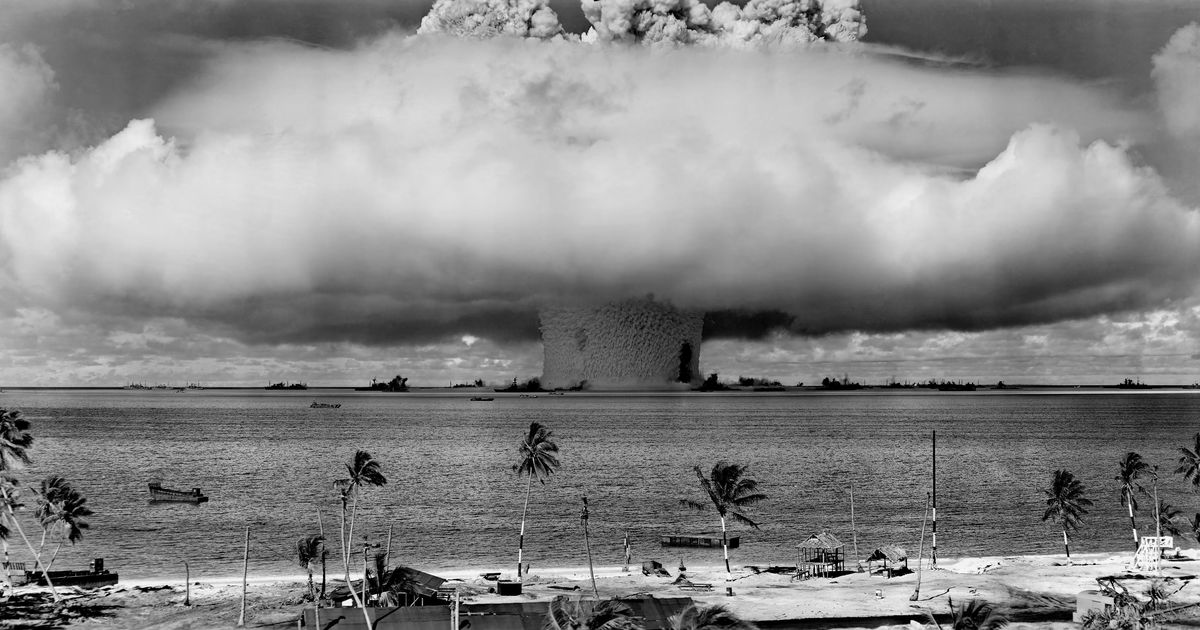 The United States has not detonated a nuclear weapon since 1992. Just last month, Trump administration officials reportedly floated the idea of resuming nuclear tests as an attempt to intimidate other nuclear-armed nations in arms control negotiations.

Nuclear testing is a human and environmental disaster.

Setting off a nuclear bomb deep underneath Nevada is a strange way to scare leaders half a world away in Beijing or Moscow. The idea is made all the more absurd by the fact that the United States has more thoroughly tested nuclear weapons designs than any other nation, and has better means for verifying the function of those designs through computer modeling.

But more than that, nuclear testing is a terrible idea because it is a human and environmental disaster.

A recent study determined that aboveground nuclear testing was responsible for somewhere between 340,000 and 690,000 American deaths from 1951 to 1973—and many of these deaths occurred far beyond the areas surrounding test sites. Most deaths came from environmental contamination, such as drinking milk from cows that ate irradiated grass.

American nuclear testing has also harmed tens of thousands of Pacific Islanders and their land. The consequences of this continue today, as massively radioactive waste may soon be released due to climate change and U.S. neglect.

Nuclear testing is unnecessary and would inflict damage that would last longer than human civilization has so far existed.

In a similar horror, waste material from Soviet testing is beginning to leak large quantities of highly radioactive material, as the glaciers that once contained it are melting away into the Kara and Barents Seas, the latter of which contains important fisheries. And in Kazakhstan, once the primary site for Soviet nuclear testing, over 351,000 people have been individually documented with illnesses from radiation exposure.

The atmospheric tests causing most of this devastation were stopped by the Limited Test Ban Treaty in 1963. But underground testing is still a very real threat. The Comprehensive Nuclear-Test-Ban Treaty (CTBT), which prohibits such tests, still has not been ratified by the United States. (The 1974 Threshold Test Ban Treaty would at least force the United States to notify Russia of a possible test well in advance—unless the Trump administration decides to add that treaty to the international agreement trash-heap it has been piling up.)

Underground nuclear testing still can poison landscapes and groundwater for tens of thousands of years. By the time our present era is as distant in memory as the earliest Neolithic farmers at the dawn of agriculture 12,000 years ago are from ours, any humans that may still remain will continue to struggle with the water and land we have already poisoned.

Nuclear testing is unnecessary and would inflict damage that would last longer than human civilization has so far existed. The Senate should strip funding for nuclear testing preparations out of the National Defense Authorization Act (NDAA). At a minimum, the House should make clear that no defense authorization bill with this kind of funding will pass, and aim to permanently strip the president’s independent authority to conduct a nuclear test in the first place.