The Legacy of Soldiers in the Streets

I have seen firsthand the consequences of deploying soldiers to end peaceful protest. I can only hope that this does not become our legacy in the United States.

It surfaced long-buried memories of living under martial law in the Philippines, where I come from. The practice was instituted when Philippine President Ferdinand Marcos suspended the writ of habeas corpus (a constitutional provision that requires prisoners to be brought before the court). A month later, on September 21, 1972, he declared martial law. Suddenly, we had heavily armed soldiers patrolling the streets, staffing military check points, and restricting inter-island travel. Protesters, many of them my family and friends, were labeled as communists and rounded up to be detained in heavily guarded military stockades and jails.

Those who managed to escape hid in safe houses kept by churches. But most fled to join the Communist Party of the Philippines and its armed wing, the New Peoples Army. Marcos used the threat of communism to secure and keep U.S. support. Ironically, martial law was the main driver for the growth of communism in the Philippines.

We finally overthrew Marcos in 1986 through a series of peaceful protests dubbed the People Power Revolution. But we continue to live with the consequences and legacy of martial law today. It can be witnessed in the extra-judicial killings (EJK) running rampant in the Philippines. EJK is nothing but state-sponsored murder. It was used during martial law by Marcos to get rid of his enemies. Instead of using the legal system today, it is being used by Philippine President Rodrigo Duterte, whom Donald Trump admires, to get rid of drug dealers. It is also being used to permanently silence journalists and other Filipinos, like my nephew Dr. Avelex Amor, who expose government corruption.

The Philippines, a former U.S. colony, patterned its legal system after the U.S. While martial law has been selectively declared in the United States nine times since World War II – five of those times were in the south to desegregate schools – it has not been applied nationally.

I have seen firsthand the consequences of deploying soldiers to end peaceful protest. I can only hope that this does not become our legacy in the United States. But I am worried.

To avoid this legacy, we need change at a systems level. We should stop using laws written largely by white people to quell valid protests against racism. Instead, we must work for policies that right the injustices long used to systematically subjugate and discriminate against black and brown people.

Only then, as the prophet Amos reminds us, can “justice roll down like water and righteousness an ever-flowing stream.” (Amos 5:24). 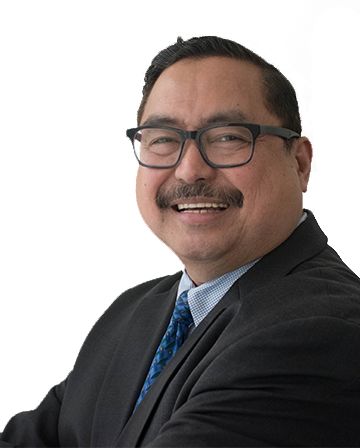