More than 400 Quakers from around the country were headed to Capitol Hill to lobby their legislators to protect the Supplemental Nutrition Assistance Program (SNAP, formally known as Food Stamps) in the Farm Bill. Many Annual Meeting attenders, including Chris’ mother, Laurel Kearns, are seasoned advocates who have lobbied for social justice many times. Chris, on the other hand, was preparing to lobby for his very first time. 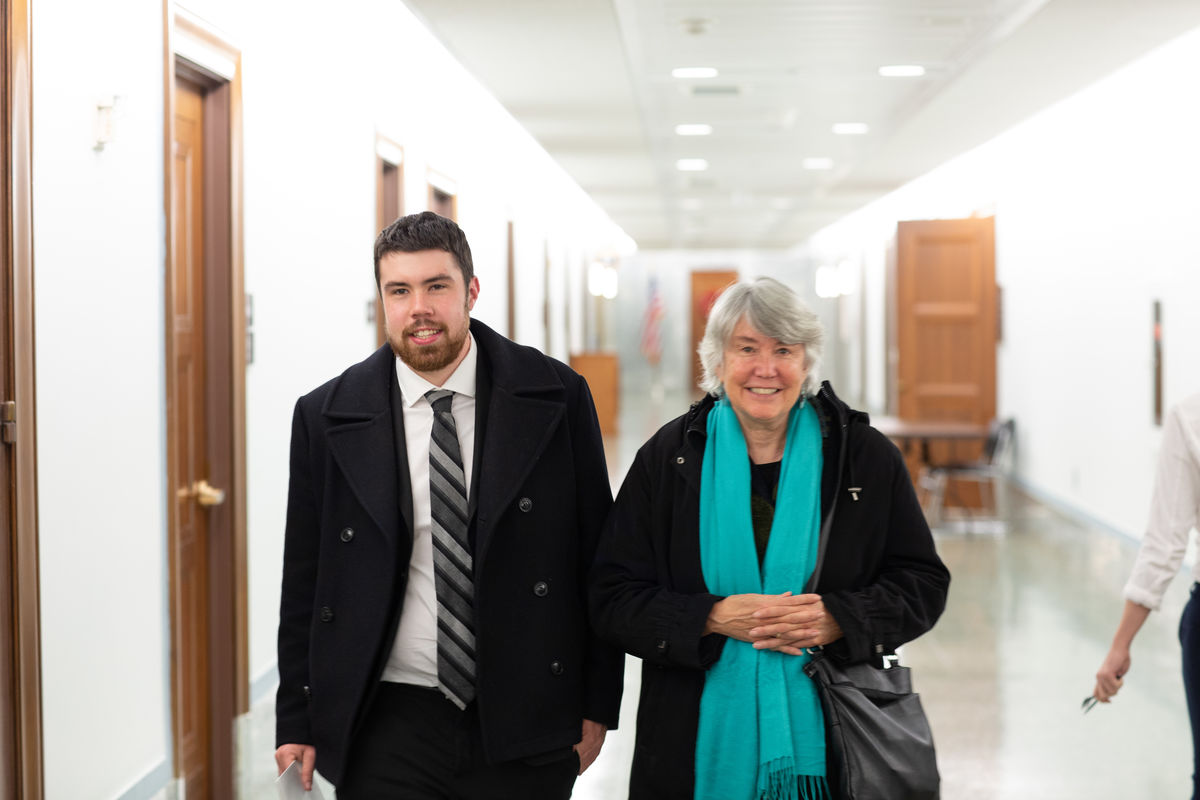 Chris had worked at FCNL as a Young Fellows since July 2018. While many FCNL staff cross 2nd street daily to lobby Congress, Chris had so far only crossed the street to visit the Senate cafeteria. QPPI provided the opportunity for him to grow as an advocate.

Chris, who felt a mix of nerves and excitement, drew inspiration for his first visit from his mom and the words of FCNL’s first Executive Secretary, Raymond E. Wilson. Speaking of Wilson’s book, Uphill for Peace, Chris said “Seeing the persistence of his fight and knowing their work continues through us- I’m seeing myself as a part of a longer legacy and that gives me a lot of strength and bravery that I wouldn’t otherwise have.”

Laurel—a mentor to Chris and many others—has dedicated her life to advocacy and justice through community organizing and education. She is an Professor of Sociology of Religion and Environmental Studies at Drew University. She is no stranger to FCNL’s work, having served on our General Committee, helping to discern policy priorities from 1988-1992. Beaming with pride she recalled the phone call when her son invited her to come lobby with him at Annual Meeting thinking, “Oh. Be still my heart! Of course, I would go and lobby with him.” 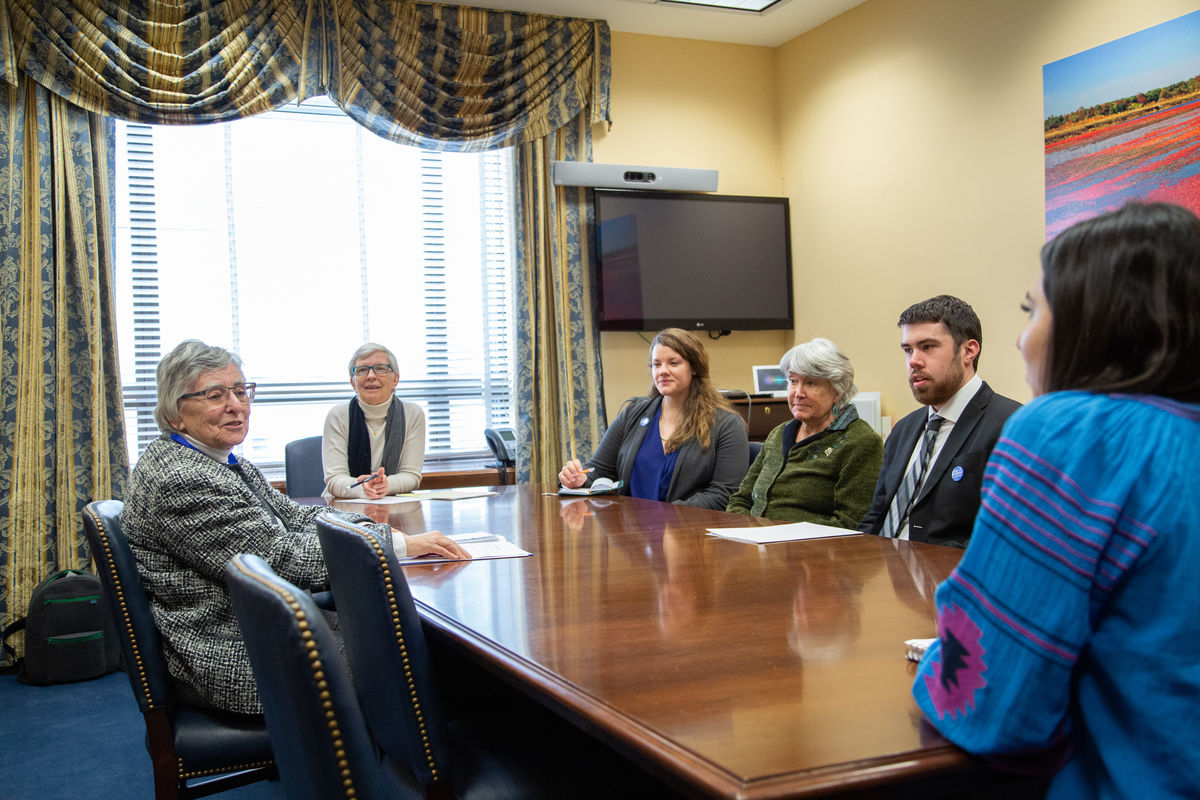 The two did just that, meeting with staff of their Senator, Cory Booker (NJ). During the meeting the delegation talked with the aide about the importance of the SNAP program for families in New Jersey. Chris urged the Senator to continue being a moral voice, urging the nation towards Justice. The duo left their lobby visit with bright smiles, ready to do it again at Sen. Bob Menendez’s (NJ) office.

Chris said that meeting with his legislators' staff was a wonderful experience, especially speaking with Sen. Booker's team, who have shown great leadership on food issues. The persistence of Chris, Laurel, and 400 others paid off. The House and Senate passed a bipartisan farm bill that protects and improves SNAP. 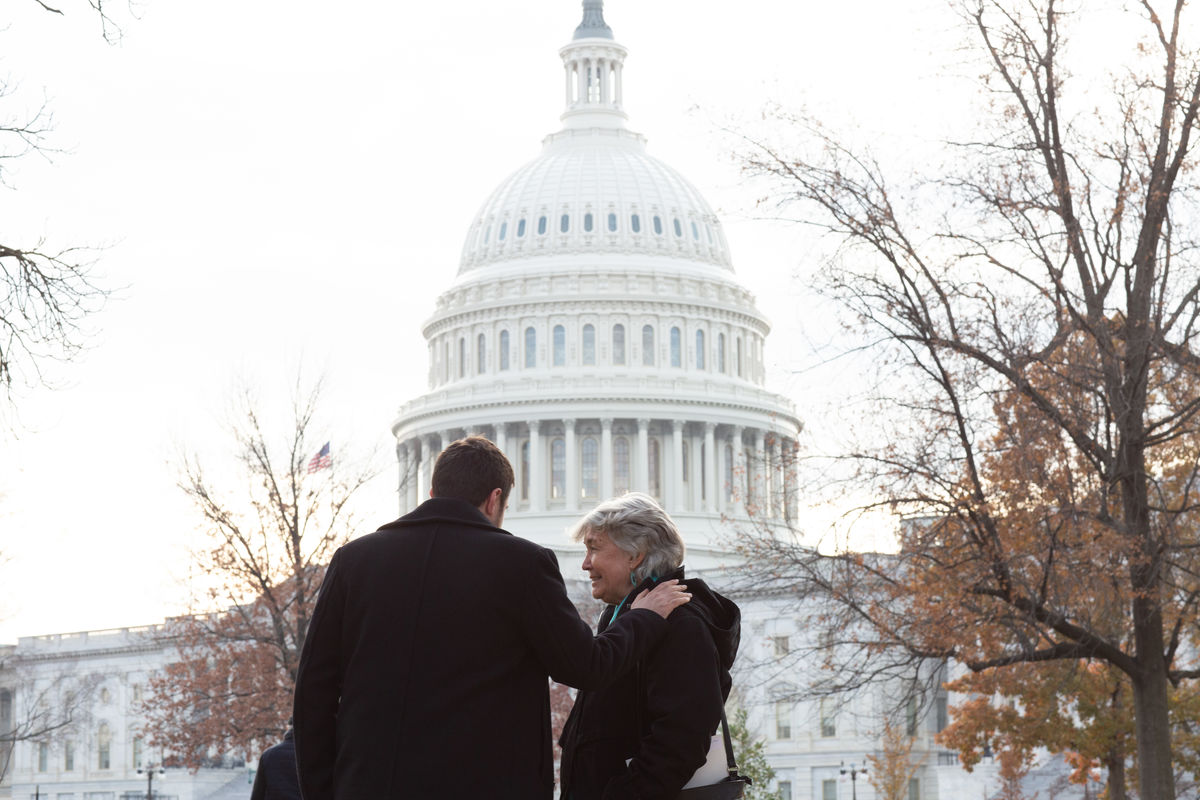 Chris shared a speech on Saturday, during the evening plenary of FCNL’s 75th gathering. He spoke of how he found his path to work at FCNL. He recalled witnessing his mother’s capacity for love and kindness and recounted that it was only when he started working with Quakers and FCNL that he recognized the same love and persistence in others.

With nary a dry eye in the house, Friends watched as Laurel listened to her son speak Truth. He concluded, “In my mother, in all my colleagues at FCNL, and in all of you, I see manifested that holy persistence, of Quaker witness made into action.” 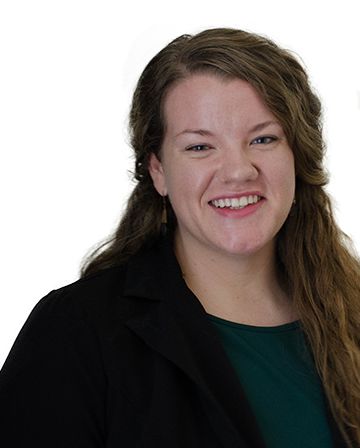