Oregon Is Burning, and Its Helicopters Are in Afghanistan

Nearly one million acres of Oregon’s forests have burned since wildfires intensified on Labor Day.

Climate-exacerbated megafires have ravaged the western part of the state, demanding ongoing evacuations that have now affected nearly 12% of the state’s population. Army National Guard units from both in- and out-of-state are supporting Oregon’s Department of Forestry forces on the ground. However, a surprising and terrible circumstance has prevented the Oregon National Guard from harnessing the full force of its firefighting capabilities: Their helicopters are in Afghanistan.

In May, 60 Oregon National Guard servicemembers and six of their new F-Model CH-47 Chinook helicopters deployed to Afghanistan to deliver cargo and equipment while resupplying areas around Afghanistan. Chinook helicopters are aptly described as workhorses for their heavy-lifting capability; one Chinook can transport up to 44 people and carry 26,000 pounds. They can carry 2,000-pound bambi buckets, used to fight fires, while flying at nearly 200 miles an hour.

The flames in Oregon are destroying lives. In the process, they’re bringing the ugly truths of climate change and militarism to bear.

The Army National Guard’s main purpose is to serve its respective state and local communities, but reserve forces can be deployed overseas during times of war. In fact, the Army National Guard has served an integral role in the post-9/11 wars. In 2005, active duty commitment of National Guard members reached a level unmatched since World War II. In recent years, substantial commitment of active duty forces has led to an unprecedented level of participation of reserve forces in regional peacekeeping operations.

The National Guard is a treasured resource. Its outsized role in foreign military operations reflects the gross misallocation of resources that has characterized the last two decades of ever-expanding wars, threatening security both at home and abroad. While the United States has an important role to play in addressing global inequality and oppression, its primary tools for doing so should be diplomacy, development, and peacebuilding.

The flames in Oregon are destroying lives. In the process, they’re bringing the ugly truths of climate change and militarism to bear. The sheer scope of the wildfires in the western United States underscores the urgency of the climate security threat. The destruction borne from seemingly uncontrollable wildfires, and the deployment of Oregon’s critical firefighting resources to support an unwinnable war, reinforces FCNL’s strongly held convictions that the United States must responsibly withdraw from Afghanistan. The greatest security threats to the American people cannot be contained by militarism abroad.

Julia Gledhill is the program assistant for militarism and human rights. She advocates for U.S. foreign policy centered on diplomacy and human security through her work with coalition partners, members of Congress, and FCNL’s grassroots network. 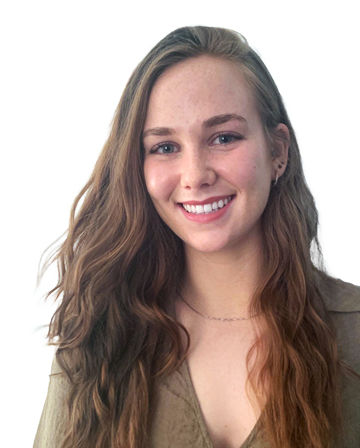