Reauthorize the Violence Against Women Act with increased protections for Native women.

“Take a left at the fork. Look for the 7th dirt driveway on the right. Our house is the white house with the green truck in front.”

I grew up on a small reservation on Long Island, N.Y. Like many people living on reservations, we do not have street addresses. While we do have street names and road signs, there are no numbers on the houses. To find one of our homes, we give instructions like the ones above. Living on a family allotment where several households are located down the same driveway makes navigating a reservation even more complicated.

Since we don’t have “residential addresses,” families on the reservation are given P.O. boxes. To receive services that require a street address, one would have to use an off-reservation work address. Our state identification card lists only a P.O. box number and sometimes the name of the street you live on. Same goes for a tribal ID.

Federally-recognized tribal IDs are valid forms of identification. They are accepted by the Transportation Security Administration and as documentation for I-9, Employment Eligibility Verification. 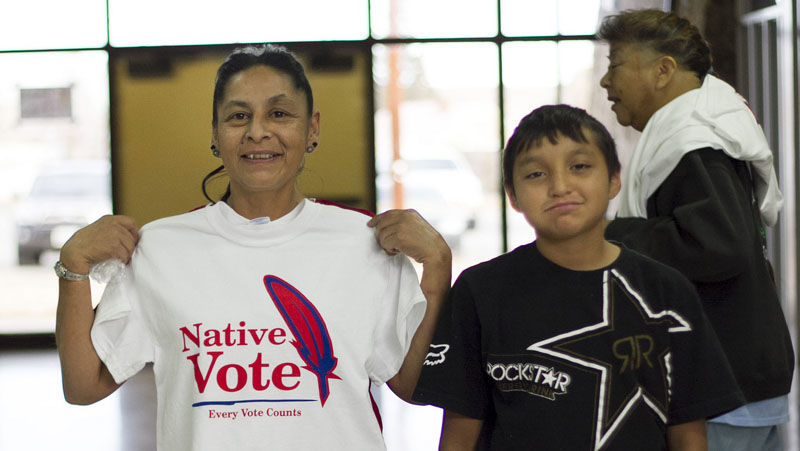 Voter ID laws, like the one in North Dakota, require a valid ID with a residential address on it. Requiring a residential address prevents tribal communities from voting. Despite this, the Supreme Court declined to view North Dakota’s ID law this week. With less than a month before elections, local tribes are scrambling to provide resources for their members to make voting possible

The Senate recently introduced the Native Voting Rights Act (S.3543). This bill would make a tribal ID a valid form of identification for voting or registering to vote, regardless of a residential address. Additionally, this bill will make voting more accessible to rural communities by designating polling locations on tribal lands. Congress only has a few weeks left in its current session. It remains to be seen whether the Native Voting Rights Act will move forward before the 115th Congressional term ends.

The Violence Against Women Act (H.R. 6545) was extended to Dec. 7. The last authorization gave tribes jurisdiction over non-Indians but only in cases of intimate partner violence. Now is the time to urge Congress to recognize tribal jurisdiction over crimes of sexual assault, stalking, sex trafficking, and child abuse.

As FCNL celebrates its 75th year, Quakers and friends will gather in Washington, D.C. (Nov. 28-Dec. 2, 2018) for four days of community, celebration, and advocacy on Capitol Hill. I will be discussing Native rights at our Lunch with a Lobbyist. I would love to see you there.