John Lewis lived a life of fierce love. Civil rights icon, human rights defender, and conscience of the Congress, John Lewis will be sorely missed by the nation, his colleagues in Congress, and by all who loved and respected him. 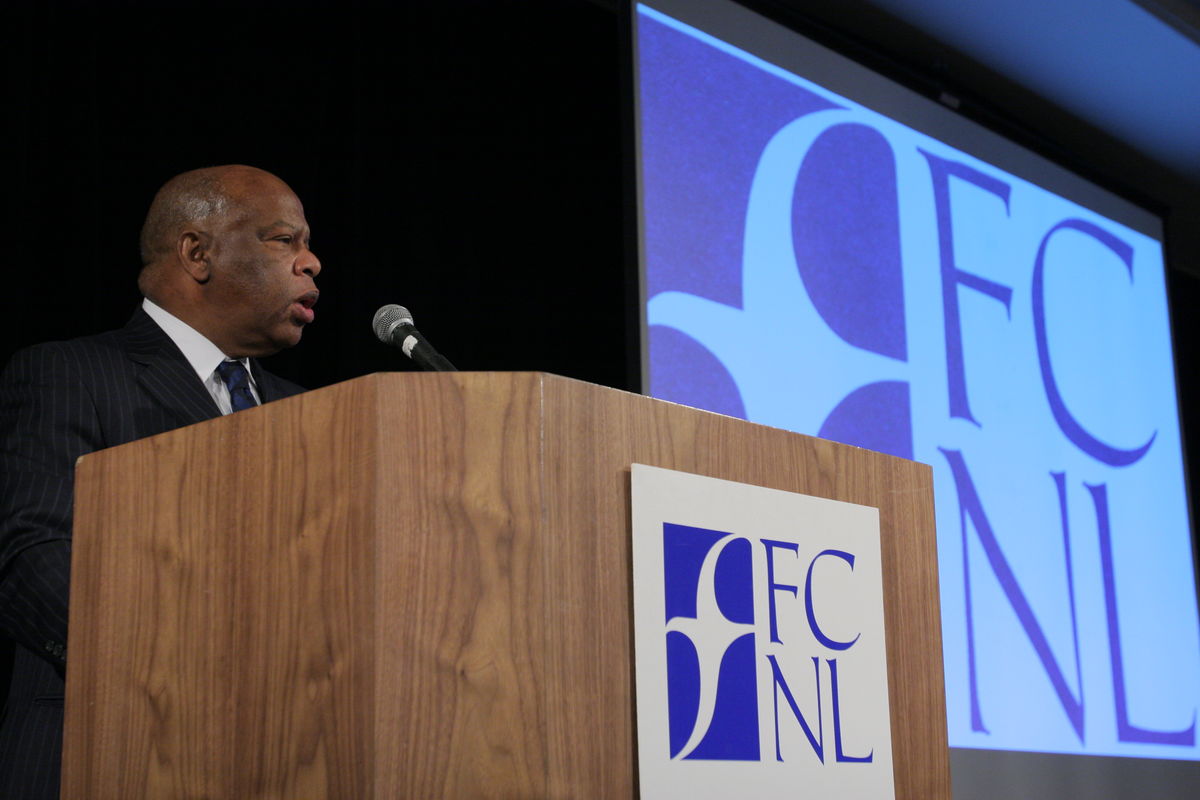 Since his passing, my heart has been full, reading and watching the hopeful, encouraging tributes of those who felt a deep kinship with him in the fight for justice, a struggle that requires the persistence of fierce love. I felt this connection, to his unwavering commitment to non-violence; his commitment to a moral and ethical code that deeply respects every person and believes that government must function to lift people up. Even in his passing, the encouragement that Lewis gave and took from ordinary people is rich.

I relish the stories of FCNL constituents who would encounter John Lewis in Congress during Hill lobby visits. It was always a thrill to meet the legendary hero. He would stop in the hallways to talk briefly, to snap a photo, and to encourage people in their advocacy for peace and justice.

It’s clear that legions of people felt this connection—to John Lewis, not just as an icon of the civil rights movement, but as a person so devoted to creating the beloved community that he believed every day brings an opportunity for every person to fight for justice. When he spoke at the 2007 FCNL Annual Meeting, our General Committee was thrilled to hear him share his story and inspired in our pursuit of peace and justice. 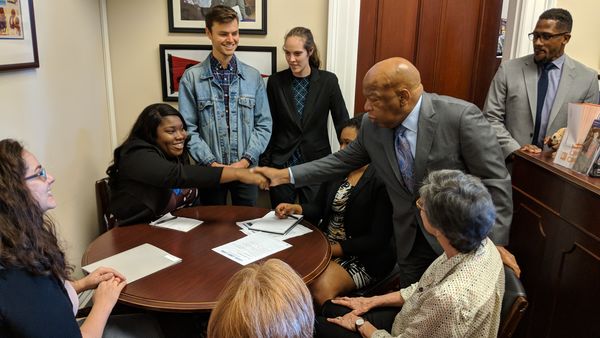 Lewis’ biography is remarkable in the breadth of his experiences and for his lifelong commitment to building the beloved community. President Barack Obama’s remarks speak to what made him so extraordinary—Lewis’ belief and encouragement that all of us are made for the fierce love required to make the world a better place.

"In so many ways, John’s life was exceptional," President Obama said. "But he never believed that what he did was more than any citizen of this country might do. He believed that in all of us, there exists the capacity for great courage, a longing to do what’s right, a willingness to love all people, and to extend to them their God-given rights to dignity and respect."

While John Lewis will be remembered as a leader who inspired millions, including legions of children and young adults in their activism, it is his unwavering commitment to racial justice and voting rights that are so remarkable and so sorely needed today.

In an April 2017 interview, Lewis said this:

“It is my belief that the scars and stains of racism are still deeply embedded in American society and that people today at the highest level of government want to fan those flames. Some people may not be conscious they’re doing it, but in strange ways they’re still doing it. The Civil Rights Act of ’64, the Voting Rights Act of ’65 have been undermined in so many different ways. The Supreme Court, a few short years ago, put a dagger in the very heart of the Voting Rights Act."

A profoundly fitting tribute to Mr. Lewis would be the passage of the Voting Rights Advancement Act by the Senate. To all those who have worked for civil rights and human rights, who have worked to eliminate racism and to create a democracy with true equity, this legislation would honor the remarkable John Lewis. More importantly, it would build a more just society by countering voter suppression in Black and Brown communities.

“I have said this before, and I will say it again,” Lewis said in June 2019. “The vote is precious. It is almost sacred. It is the most powerful non-violent tool we have in a democracy. We must have the capacity and the ability to redeem the soul of this nation and set it on the right course. We must do all we can to make this a nation where justice and the voice of the people prevails.”

John Lewis’ words and his life galvanize us to persist in our pursuit of justice where the voice of the people prevail, and where we will advocate with fierce love.