On Jan. 9, President Trump proposed significant changes to the landmark National Environmental Policy Act (NEPA). Through NEPA, environmental reviews are conducted for major federal infrastructure projects and plans that could contaminate the air or water. The proposed changes would shorten the review period significantly—and allow many projects to bypass the review process entirely.

NEPA is fundamental to protecting the environment and public health. Read more about the specific changes and consequences.

Democrats in the House Energy and Commerce committee released a 622-page draft bill that will shift the U.S. to a carbon neutral economy by 2050. The bill, known as the CLEAN Future Act, describes national clean electricity standards for the power sector, greenhouse gas emissions standards for the transportation sector, the creation of a National Climate Bank, and much more. The bill also brings the needs of vulnerable communities, who have historically taken the brunt of climate impacts, to the forefront.

We are excited by this ambitious climate legislation and look forward to engaging with the committee to ensure that FCNL’s principles are reflected in the final bill text.

On Jan. 10, the House passed the PFAS Action Act of 2019 (H.R. 535), which would require the Environmental Protection Agency (EPA) to classify PFAS as hazardous substances. Per- and polyfluoroalkyl substances (PFAS), also known as forever chemicals, have been leaching into the water supply across the country. They are proven to accumulate in the human body and harm the environment.

There are nine senators in the Climate Solutions Caucus

Faith Community Calls for PFAS Action
FCNL joined 26 other faith communities in calling on the EPA to add PFAS to the Toxics Release Inventory (TRI). By adding them, businesses would be required to report the release of these chemicals into the environment.

Record Breaking Ocean Temperatures
2019 was the hottest year on record for ocean temperatures, according to a study released recently. Oceans absorb up to 93 percent of excess heat caused by emissions of greenhouse gases, saving the surface from the worst climate impacts. Increased ocean temperatures have harmed marine life and worsened coral reef bleaching.

February of Action: Carbon Pricing This month, advocates across the country are visiting local congressional offices to urge their members to address the climate crisis by passing a carbon pricing bill. Your voice makes a difference, and February is a perfect opportunity to take that next step in your advocacy. Learn more.

Constituent Spotlight
Emily and I were the featured speakers at an EnviroRun event last month. We led a discussion on strategic lobbying around climate change, pending climate legislation, and the environmental impact of endless wars. 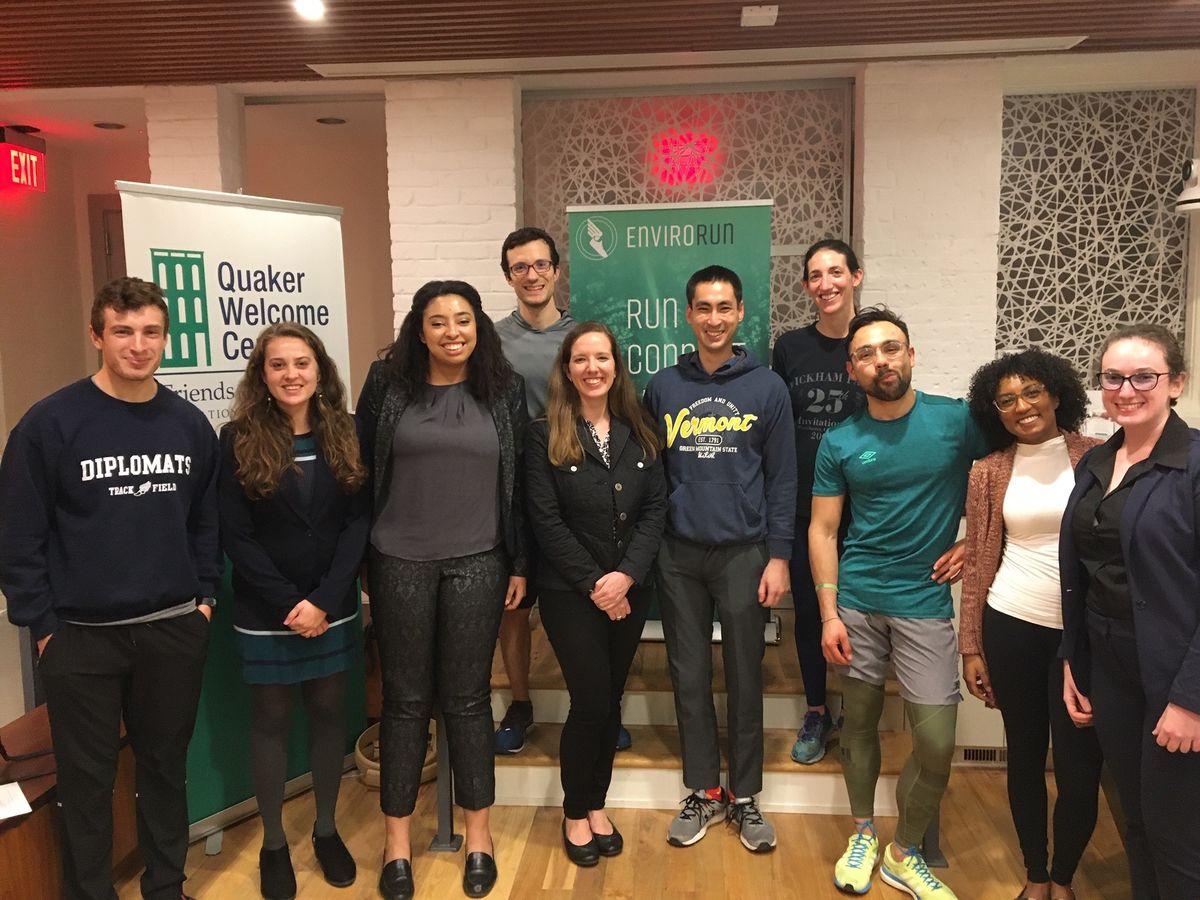