Climate on the Global Stage

Washington, D.C. was inundated with climate actions this month. 16-year-old activist Greta Thunberg delivered a landmark speech and testified before Congress on Sept. 18. She implored Congress to take immediate action on climate change. On Sept. 20, over 4 million people took part in climate protests around the globe, calling on world leaders at the U.N. Climate Summit to recognize the urgency of the climate crisis.

While the U.N. Climate Summit failed to produce the wide-reaching results some had hoped for, the week of climate action elevated the issue to the global stage and brought new commitments and initiatives. Read more about our experience at the D.C. Climate March.

The Trump administration continues its reversal of critical environmental protections. On Sept. 4, the White House announced that it was weakening a federal rule meant to increase the use of energy-efficient lightbulbs. On Sept. 12, the administration repealed crucial clean water protections that limited pollutants in streams and wetlands. And on Sept. 17, California’s authority over auto emissions standards was revoked by the federal government–an unprecedented move that brings nationwide repercussions.

There are currently 64 members of the Climate Solutions Caucus. 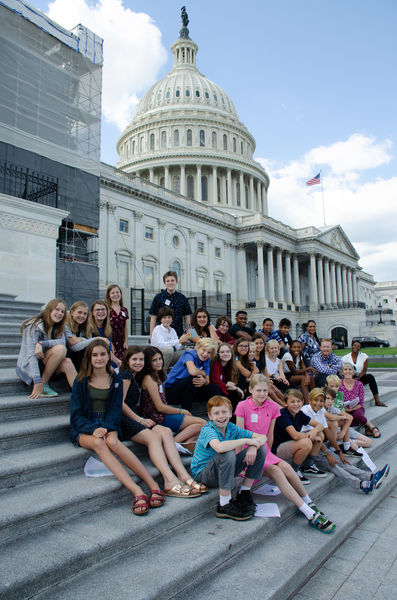 FCNL was one of 17 faith organizations that wrote to the House Ways and Means Committee and the Senate Finance Committee on Sept. 10, asking them to prioritize clean energy tax incentives as they advance tax policy this year.

Oceans are Warming and Acidic
The Intergovernmental Panel on Climate Change (IPPC) released a sobering report on the state of our oceans and cryosphere. “The consequences for nature and humanity are sweeping and severe,” said IPCC vice-chair Ko Barrett.