The 116th Congress will have new opportunities to advance climate solutions. As we begin a new year, I’m reflecting on the biggest climate developments from last year and thinking about what comes next as we work toward an earth restored.

In 2018 two landmark climate reports were released, a bipartisan carbon tax was introduced in the House of Representatives, and a youth-led movement shifted the public debate on climate policy. Here’s a look back at what happened.

The Environmental Protection Agency (EPA) implemented a regulation in 2016 that required companies to reduce methane leaks on public and private lands. Methane is a potent greenhouse gas. It traps 86 times more heat in the atmosphere, and it’s impact is 25 times greater over a 100 year period, than carbon dioxide. Methane emissions are also linked to asthma, cancer, and other health risks.

In September, the Trump administration announced plans to weaken methane pollution standards. The proposed rule would prioritize fossil fuel interests, allowing significant amounts of additional methane to be leaked into the atmosphere.

Diane Randall, FCNL’s Executive Secretary, along with 18 other religious leaders, wrote a letter to Acting EPA Administrator Andrew Wheeler urging him to cease this dangerous course of deregulation. “Easing the pollution standards on methane fails to uphold the common good,” they wrote. Read the full letter here. 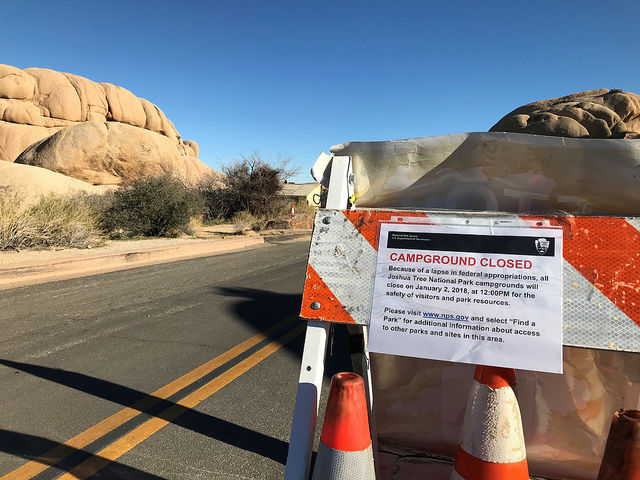 President Donald Trump’s decision to partially shut down the government until Congress allocates a full $5.7 billion for a border wall has impacts beyond the Department of Homeland Security. The National Park Service (NPS) recently announced that it was forced to dip into entrance fee funds to pay for operations. With many of its workers furloughed, the NPS is relying on volunteers like the Ahmaddiyya Muslim Youth Association to clean up overflowing refuse.

The EPA was forced to shut down after it ran out of funds on December 28, 2018; the Interior Department has been shuttered as well. These closings will delay plans for a wind power project, prevent scientists from attending international conferences, and cause delays in cleaning up Superfund sites.

Deregulation Threatens Everyone
President Trump’s deregulatory agenda is already impacting the health and safety of workers and communities across the country.

New EPA Plan Endangers our Health
The Trump administration announced changes to EPA rules that would allow more mercury to be released into the air. The Obama-era rules were estimated to prevent 11,000 premature deaths.