North Korea is an odious regime, offending the vision of equity, justice, and peace that FCNL pursues—but we cannot wish it away. While there are no ideal options, some options are undoubtedly worse than others. Diplomacy and peacebuilding may have their risks, but only they hold a chance of opening a way to a better tomorrow.

With such dangerous rhetoric on both sides, an accident could quickly spark a disaster.

North Korea values the survival of the Kim regime above all else, and as such, it appears to grasp that outright attack or attempts to expand by force would threaten its survival. It also seeks respect from the international community. Though North Korea certainly enjoys the economic benefits it gains from trade with China and others, it is not desperate for economic development.

North Korea views its nuclear weapons and its missiles capable of reaching the United States as guarantors of the regime’s survival.

Coercion short of war will not suffice. Why would North Korea trade its prized deterrent for paper promises? Even so-called “get-tough” sanctions will not so frighten the North that it will hand in its hard-won nuclear guarantees—something only the last apartheid government of South Africa has ever done, and only then when it had accepted a black government would ultimately take power.

The United States will likewise not be able to compel the risk-averse, insecure leadership in Beijing to push its North Korean nuclear neighbor towards the anarchy and violence of societal meltdown that Beijing will always hope to avoid.

Sanctions might be enablers of a strategy, but sanctions can never be a substitute for a strategy. Sanctions must always be premised on goals the United States and the international community can actually obtain.

Our nation must also reject the false promises of war or threats of war.

Our nation must also reject the false promises of war or threats of war.

It is not just that, if the nuclear-armed North were attacked, it might so fear for its survival that it could use these awful weapons—although it might.

It is not just that, should war start, the North’s conventional arms will immediately imperil millions in the South—although they will.

It is not just that, even with a perfectly executed surprise attack on its leaders, the North’s nuclear, chemical, biological, and conventional weapons, raw ingredients, and know-how would still remain endangered and exposed—although they would.

War would bring death and devastation far greater, and lasting far longer, than whatever scenario one cares to imagine. History chastens anyone who says a new Korean war could be contained on the “acceptable” side of any line. And make no mistake, another war in Korea would also mean war, death, and permanent injury for another generation of American sons and daughters, American brothers and sisters, and American fathers and mothers.

Only diplomacy and peacebuilding hold the hope for something better on the Korean Peninsula. This path will neither be easy nor rewarding, and in the short term, the international community will not get much—and certainly not most—of what it would prefer.

Each side has ample reasons to say that it cannot “trust” the other side. But diplomacy is not really about trusting the other side. It is about finding an arrangement in which each side, at each moment, believes it is getting something better than the current alternative to that arrangement. Experience backs where faith leads: there is no substitute for talking, and truly listening.

History will not excuse leaders just because they did not intend for their bluff and chest-thumping to actually start a war. Our leaders should engage in earnest, face-to-face diplomacy at the highest levels about the major drivers of tensions while also looking to build small but strengthening connections among the opposing sides. Only diplomacy and peacebuilding hold the hope for something better on the Korean Peninsula.

Update This Week with North Korea ›

Tensions with North Korea escalated dramatically this week. President Trump threatened "fire and fury" against North Korea, while North Korea boasted of plans to splash missiles in the waters around Guam, a U.S. territory home to more than 162,000 people. 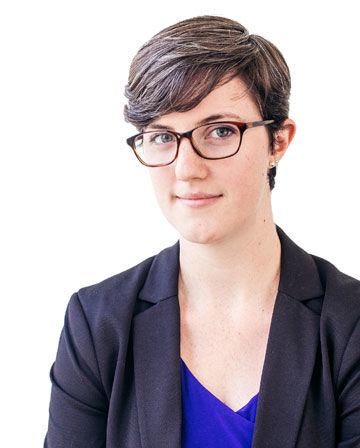