The United Nations predicts that Gaza is set to run out of drinkable water by the end of 2016. Gaza’s only natural domestic water source, ground water—the Coastal Aquifer—will be 100% contaminated by the end of the year. 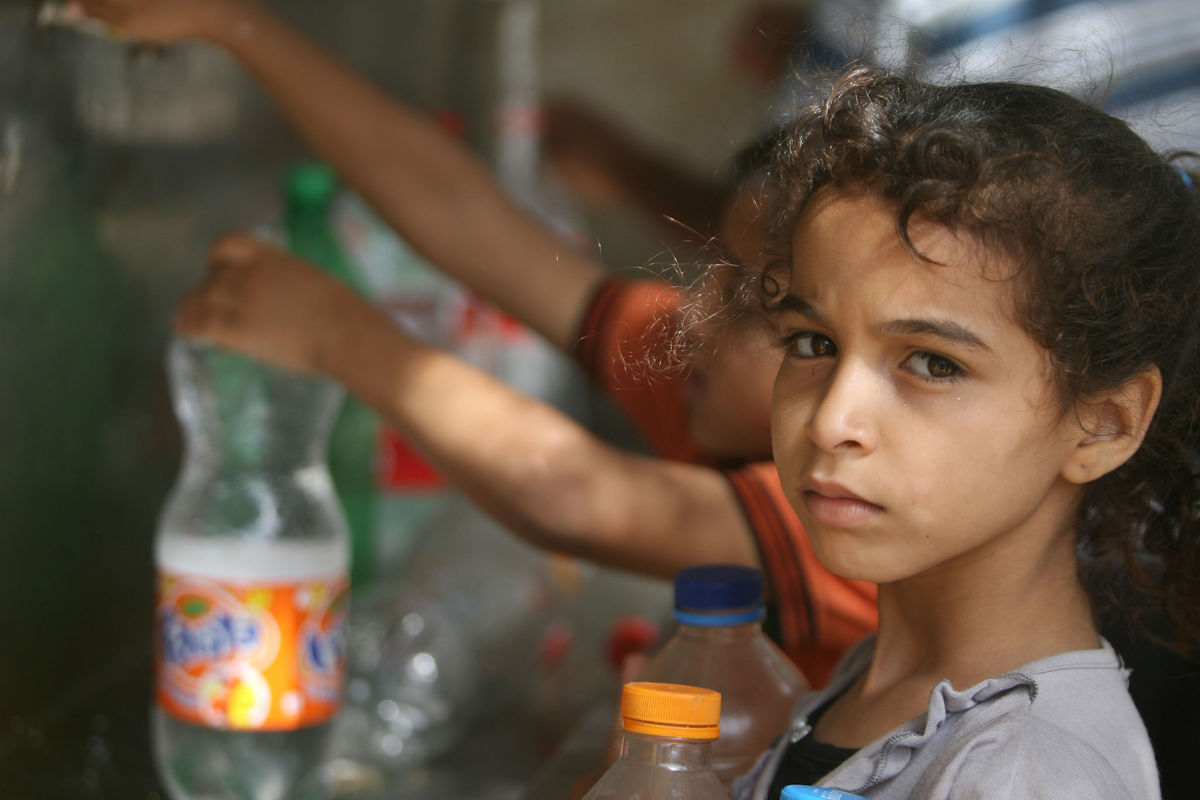 Children in Rafah collect water from one of the working public taps. Mohammed Al Baba / Oxfam

Like the water crisis in Flint, the Gaza water crisis is an entirely human-created disaster. And as in the case of Flint, what is most lacking to resolve this crisis are not technical solutions, but political will. FCNL lobbyists have found considerable receptivity in the White House, State Department and USAID for addressing the Gaza water crisis in U.S. engagement with the Israeli government and the Palestinian Authority.

FCNL sees tremendous opportunities for action on this issue by the Administration and Congress that can help pave the way for wider shifts in U.S. policy from militarism toward inclusive, diplomatic solutions.

We Can Do Better on Water

Rep. Earl Blumenauer in The Hill: “Home to nearly two million people, Gaza is one of the most water-stressed areas on the planet. The water supply, largely groundwater, is being rapidly depleted and polluted. Before the year is out, all of it will likely be unfit for human consumption, as it is contaminated with sewage from above and with salt-water encroachment into the aquifer from the Mediterranean Sea below. We can and must do better.” (March 22, 2016)

Amira Haas in Haaretz: "When you open your faucet today, think of the Gaza Strip, where hundreds of thousands of children and young people aren’t familiar with the wonder of drinking tap water. The adults have already forgotten how easy it is to give one twist, see the water flow and hear lowering tone as the glass fills." (March 22, 2016)

Rep. Earl Blumenauer and Gidon Bromberg, Haaretz: Without rapid action, the drinking water beneath Gaza - or the lack thereof - poses a threat to the region as severe as the one posed by tunnels dug by Hamas from Gaza into Israel. That is because the Coastal Aquifer – the only domestic source of drinking water for the 1.8 million Palestinians in Gaza – may collapse as soon as 2016, according to the United Nations.

How to Solve Gaza's Water Crisis

Rep. Jim McDermott and Kate Gould in Time: "The Gaza water crisis is a ticking global-health time bomb. With dire water and electricity shortages in one of the planet’s most densely populated areas, the threat of a pandemic in Gaza—and also across Israel’s borders—is real. There are three steps that can help defuse this crisis and ensure a brighter future for Israelis and Palestinians"