Extreme risk protection orders (ERPOs) are designed to help keep guns out of the hands of people who are a threat to themselves or others. ERPOs allow families, household members, and law enforcement officers to petition courts to temporarily restrict an individual’s access to guns if the person is considered to be a threat.

This policy is most effective at reducing suicides, and it also can help prevent instances of domestic abuse, interpersonal violence, and mass shootings.

There has been an increasing interest in ERPOs, both at the federal and state level. Seventeen states and the District of Columbia have passed ERPO laws. Of those states, 14 (including DC) passed these laws within the last 2 years. Congress is currently considering four proposals for ERPOs at the federal level.

Standard of evidence and length of the final order

Who can file an ERPO?

Limit on amount of times ERPO can be issued

In addition to these elements, we believe that any provision which requires a judge to determine whether a mental health or chemical dependency evaluation is appropriate is problematic and should be avoided in a bill. Such evaluations should be conducted by a trained medical professional, in part because a judge may not have all of the necessary information to make a determination in an ERPO hearing. 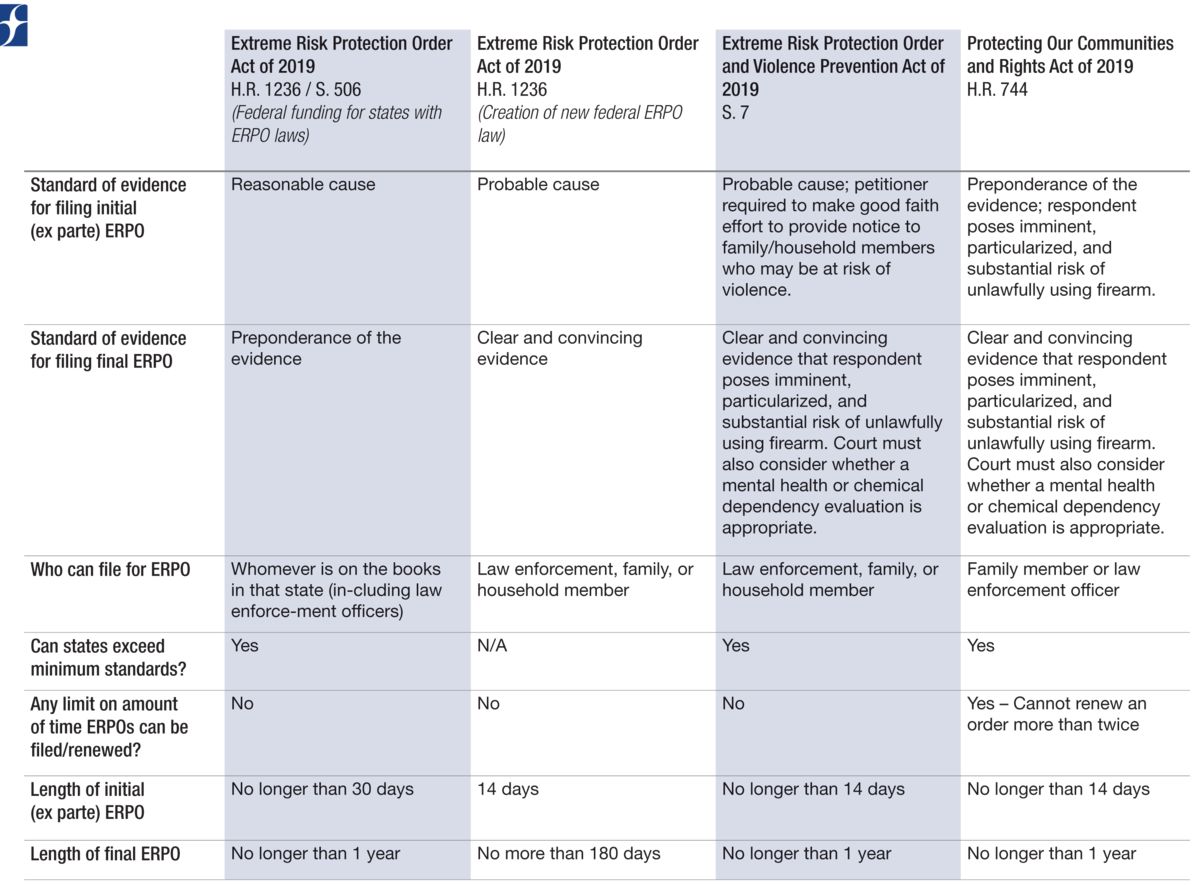 The gun violence epidemic facing our country is a public health crisis that can be avoided – but only if Congress takes action.

As Congress resumes its work on Monday, Sept. 9, the House Judiciary committee is expected to take up three separate bills addressing different facets of gun violence. Taken together, these bills would represent a substantial step towards reducing the obscenely high rate of gun violence in the United States.