A Day When Way Opened

On Nov. 9, 1989, something that had been permanent evaporated—and the impossible suddenly, stunningly, became real. 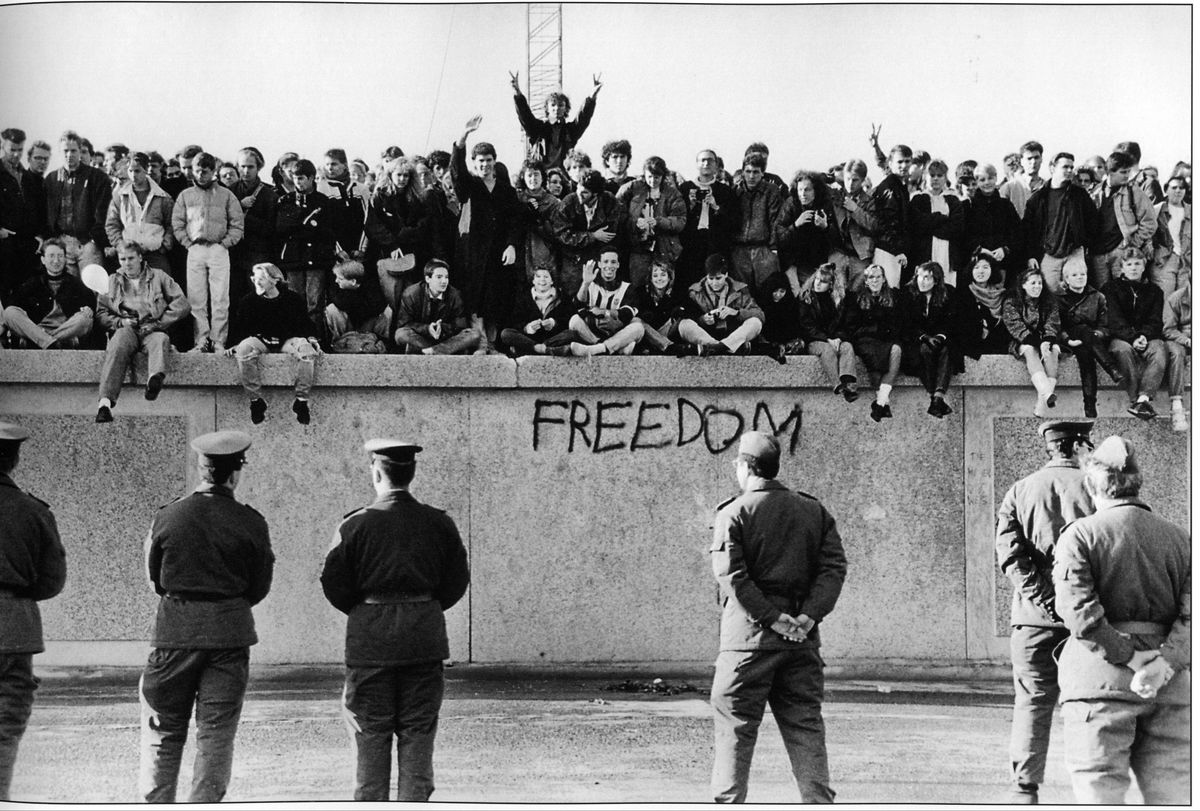 When the sun rose that November morning, a wall physically divided East and West Berlin, just as it had for 28 long, frightening years before.

But The Wall was far more than mere concrete, razor wire, and guard towers. The Berlin Wall defined an essential, inescapable, unchangeable fact that governed our lives. The world was divided into two vast camps and two opposing ideologies. The planets circled, the seasons came and went, and The Wall ran down the middle of a world split in two.

That sense of division—that constant assumption that some vast, menacing other sought a world dangerously different from our own—distorted and loomed over nearly all public life and all public choices, both abroad and at home.

But then, on that November day 30 years ago, a few humans decided to let people go through a wall—and the Berlin Wall, which for a generation had trapped humanity’s thinking, instantly, miraculously, began to disappear. Humans flooded across what had been uncrossable lines. More than that, hope flooded back into hearts and minds.

Humans flooded across what had been uncrossable lines. More than that, hope flooded back into hearts and minds.

One struggles to explain to those not lucky enough to remember it just how astonishing, and then inspiring, that change was.

I have the fortune of now being employed by an organization that dedicates itself to nothing less than changing the world. My colleagues strive tirelessly to secure a range of policy changes that would make life a little better and a little easier. In imagining what could be, though, they also daily confront the hard reality of that which still is.

Indeed, no one can escape the strife and division that dominate America’s public conversation today. Beyond our nation’s own internal discord, numerous conflicts seem destined to permanently, intractably divide some from others—Israel from Palestine, Sunni from Shiite, and, again, Russia from many of its neighbors.

Just two months ago I was able to travel to another such land of seemingly everlasting division: South Korea. After riding just two short hours from the bustling, vibrant, creative metropolis that is Seoul, I was given the humbling and rare privilege of setting foot in the Demilitarized Zone. For six decades, that four-kilometer strip of land has divided South from North Korea. For six decades, the people of Korea have had to live every day with a division that most of them deeply, instinctually hope to end. 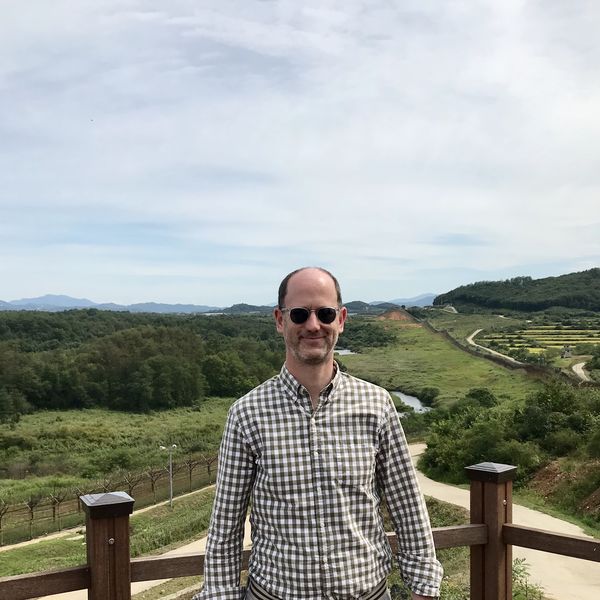 Anthony Wier at the South Korean side of the Demilitarized Zone, September 2019. Anthony Wier

The physical material that divides Korea may differ from that which once rent Berlin. But the fact of that division has no less tight a grip on thinking about what is and what might always continue to be.

When I arrived at FCNL a few years ago, I learned about a nugget of Quaker teaching: to proceed as way opens. The peculiar wording carries a larger wisdom. Stay persistent, avoid hastily grasping at quick fixes, patiently search for the solution that will present itself. Proceeding as way opens does not require one to share in the faith that it is a divine hand that will open the way. But it does require one to share a confidence, a trust, and an unflagging insistence that, as President Kennedy once said, “No problem of human destiny is beyond human beings.”

So, I hope that this weekend, many will pause and remember the beautiful, magical, impossible moment from thirty years ago. Watch some videos. Read some stories of those who lived it.

It really happened. Union overcame division. Hope drove out fear. A way that was blocked opened. A Wall disappeared, and humans came together.

If we just keep working, it will happen again.