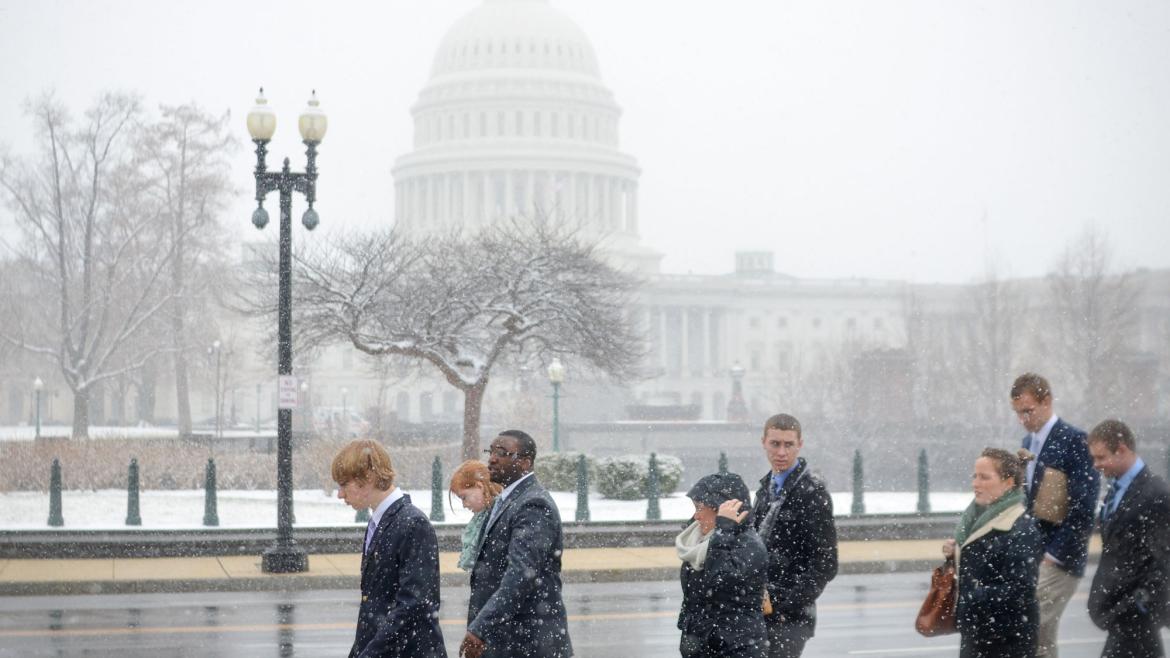 This is a special time of the year. Festive lights are being strung, family and friends are gathering, and lawmakers are working overtime to pass a flurry of legislation before year’s end.

December is the last chance for the 117th Congress to leave its mark.

Congress is working to pass a big omnibus spending bill before adjourning for the year. We see opportunities for this massive legislation to carry some critical FCNL priorities. Below are the top priorities FCNL is tracking in the final weeks of 2022.

Congress is considering an end-of-the-year tax package to attach to the big government spending bill. Corporations are pushing for tax breaks that serve their interests while we’re calling on Congress to prioritize the needs of children and families.

This is an opportunity to expand the Child Tax Credit and Earned Income Tax Credit, so they are available to more people. These are anti-poverty measures we know work. Child poverty fell to its lowest rate when the CTC was temporarily expanded to all families regardless of income through pandemic emergency legislation. It must be restored.

Congress just missed another chance, as part of the annual defense policy bill, to repeal the law that sent us to war in Iraq. The harms of the Iraq War can never be undone. Still, lawmakers can ensure that the law authorizing it is not abused to justify further military actions that Congress never intended. The House version of the defense appropriations bill includes a repeal of the 2002 Iraq War authorization, providing one more opportunity to get this outdated and dangerous law off the books before the year ends!

The Deferred Action for Childhood Arrivals (DACA) program, which offers protection from deportation for undocumented immigrants who arrived in the United States as children, is in jeopardy after a federal appeals court recently declared the program unlawful. The ruling against DACA is an urgent reminder that Congress must pass permanent protections for Dreamers and undocumented immigrants. There have been some late negotiations to see if a deal is possible before the end of the 117th Congress.

The Family Violence Prevention and Services Improvement Act (H.R. 2119/S. 1275) is the primary federal grant program for domestic violence shelter and supportive services. This funding is especially significant for tribal communities dealing with domestic and sexual violence at high rates. With congressional leadership expressing support, this bill could pass as part of the omnibus spending bill.

Legislation to reform the Electoral Count Act (S.4573), effectively closing a loophole in how our nation certifies elections that the January 6 insurrectionists attempted to exploit, could be attached to the omnibus. This is a small but significant step toward safeguarding our democracy, but more must be done to protect voters’ rights.

Fund Peacebuilding at Home and Abroad

Congress has an opportunity to address gun violence in communities across the nation by appropriating dedicated funding for violence interrupters in the end-of-year funding omnibus legislation being debated. Worldwide, lawmakers could use the omnibus to fund vital peacebuilding accounts that aim to prevent violent conflict and support peacebuilding for the coming year.

We’re pushing hard for these priorities on Capitol Hill, and we know you’re supporting this crucial work from home. Stay tuned for updates. It could be a big month for advocates looking to create a more just and peaceful world.

Members of Congress, National Faith Leaders, and Parents Call for Urgent Expansion of the Child Tax Credit Before Year’s End